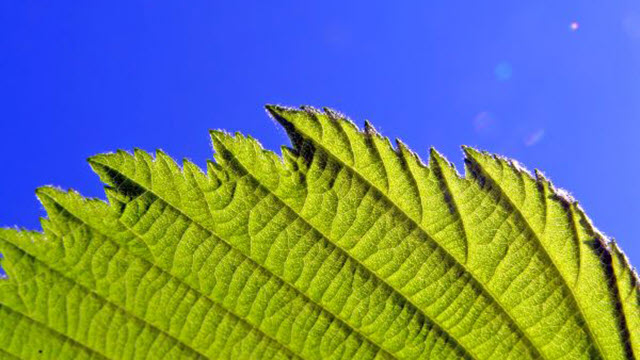 The smallest building blocks within the power stations of organisms that get their energy directly from the sun are basically miniature reactors surrounded by collectors that capture photons and forward them to the center. The close correlation between structure and interaction of the components boosts productivity, a strategy which an international team of researchers is using for increasing the efficiency of solar technology. At FAU, research is being carried out in this area by the Chair of Physical Chemistry I, and the latest results have been published in the journal Nature Chemistry.

Green plants, algae, and some bacteria use sunlight to convert energy. The pigments in chlorophyll absorb electromagnetic radiation, which induces chemical reactions in electrons. These reactions take place in the nucleus of complex protein structures, referred to by experts as photosystems I and II. The processes that take place in these photosystems are induced by catalysts in a certain order. In the first step, oxygen is released from water. The following reaction prepares the production of carbohydrates for which no further source of energy is needed.

The reaction centers of the photosystems are encircled by light-absorbing pigments grouped into consolidated complexes. These antennae increase the area available for light rays to hit and extend the spectrum of usable wavelengths, both prerequisites for a favorable energy balance. Each reactor core is surrounded by approximately 30 antennae. Experiments conducted by scientists are still far from replicating the complexity of nature. In general, a ratio of 1:1 is the best that can be achieved: one light-absorbing molecule in combination with one catalyst for oxidising water.

The group of researchers led by Dr. Dirk Guldi and his former employee Dr. Konstantin Dirian hope to revolutionize solar technology by synthesizing modules based on the correlation between structure and function in photosystem II. In the newly developed systems, light-absorbing crystals such as those which are already used in LEDs, transistors, and solar cells are layered into a network of hexagonal honeycombs around a water-oxidizing catalyst with four ruthenium metal atoms in the center. When shown in a rather simplified manner, the compact, stable units made up of two components with a common long axis are reminiscent of cylindrical batteries. In the self-assembling chemical process, such ‘miniature power stations’ create two dimensional slats. Like layers in a gateau, they form a common block which collects the energy won from the sun’s rays.

This is not an entirely accurate reproduction of the ideal arrangement found in the natural photosystem, but the principle is the same. Five macromolecules in the shape of a honeycomb with the ability to capture light create a sheath around each reactor core, and it has been shown that these small power stations are efficient and successful at harvesting sun energy. They have an efficiency of over 40 percent, losses are minimal. Wavelengths from the green portion of the color spectrum, which plants reflect, can also be used. These research results nourish the hope that solar technology can one day make use of the sun’s energy as efficiently as nature.