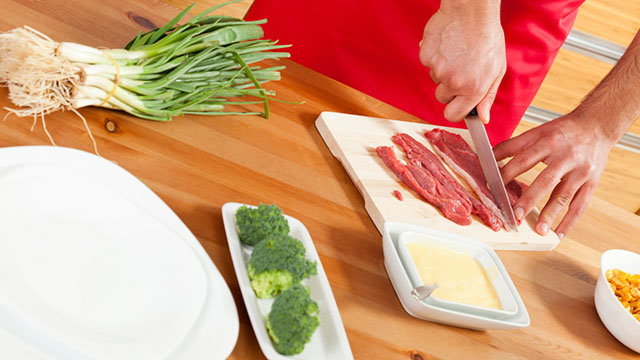 If held to the same standards as restaurants in the area, most Philadelphia home kitchens examined for a pair of Drexel University studies would receive "critical code violations."

Researchers checked 100 Philadelphia homes and found that most had evidence of pest infestations and didn't store raw meat correctly. On top of that, samples showed that almost half of the kitchens contained at least one foodborne disease-causing organism, with listeria and E. coli found in 15 percent of homes.

"Most of the conditions we saw would compromise a restaurant's health score or be considered a 'critical code violation,'" said Jennifer Quinlan, PhD, associate professor in Drexel's College of Nursing and Health Professions, one of the leaders of the two new studies.

Published in Food Protection Trends and the Journal of Food Protection and conducted by Patricia Borrusso, a former graduate student in Drexel's College of Arts and Sciences, and Quinlan, the studies sought to explore risks for foodborne illness as a result of food storage and preparation in people's own kitchens. Such research is sorely needed as most studies focus on food outside of the home, but few look at our own kitchens.

"There's actually not a lot of funding available to look at consumer issues and food safety," Quinlan explained. "In fact, the USDA program that funded this research was discontinued a few years ago."

First, Borrusso and Quinlan teamed with Drexel grad Shauna Henley, PhD, of the University of Maryland, to do a "visual audit" of the 100 kitchens across Philadelphia. In that study, the team used an auditing checklist tool inspired by one health inspectors would use for restaurants to check for unsafe practices and foodborne illness risk.

The team found that in 97 percent of homes where raw meat was present, it was improperly stored above "Ready-to-eat" food (food that is pre-cooked or does not need to be cooked). In some cases, the researchers noticed that juices from raw meat dripped down onto other food in refrigerators.

Refrigeration was an issue observed in many homes. Of the refrigerators observed in the study, 43 percent were found to be above the recommended 41 F. In fact, in 6 percent of the homes, raw meat and poultry were found stored at room temperature.

"Refrigeration slows down or stops the growth of bacteria, so if raw meat, fish and/or poultry are held above 41 F, it allows bacteria to grow more quickly," Quinlan said. "The higher above 41 F, the faster the bacteria will grow."

Evidence of pests was found in 65 percent of homes kitchens. That includes anything from visual sighting of bugs to rodent droppings.

All these unsafe conditions contribute to what the next study undertaken by Borrusso and Quinlan examined: The presence of foodborne pathogens in home kitchens.

In the same 100 homes checked for kitchen conditions, the researchers took samples from as many as six locations (refrigerator door handles, refrigerator shelves, refrigerator meat drawers, kitchen counters near the sink, and sponges or dishrags) and tested them.

The researchers found fecal coliforms (bacteria) in 44 percent of the kitchens in the study, with the related E. coli present in 15 percent.

In 45 percent of the homes tested, at least one foodborne pathogen was discovered, and 12 percent of the kitchens had more than one type. Listeria, which can cause an illness especially worrisome for pregnant women but also affects older people and those with weakened immune systems, was found in 15 percent of kitchens.

When the researchers looked at the locations of the bacteria, dishcloths and sponges overwhelmingly yielded the most contaminated samples, with 64 percent having bacteria.

Samples from the kitchen sink contained the most fecal bacteria, but refrigerator handles were actually the cleanest areas.

"Bacteria love moist environments to grow and dishcloths and sponges have both that moist environment and maybe some food remnants, too," Quinlan said. "This makes a perfect place for bacteria to thrive."

As such, Quinlan said she's become "religious about microwaving my sponge" for a minute each day after she conducted this research, as microwaving kills many pathogens.

Refrigerators operating at higher temperatures were linked with higher counts of Listeria, while bacteria counts were uniformly higher in homes that lacked sanitizer, disinfectant products, or soap in the kitchen.

To help combat the biological threats in personal kitchens, Borrusso and Quinlan concluded that there needs to be better education on safe practices in the kitchen.

"We need to identify and use more innovative and modern technology to educate consumers about these issues at the time when they would be receptive to that information," Quinlan said. "For example, if I am searching for a recipe for chicken, have something appear with safe handling techniques for chicken." 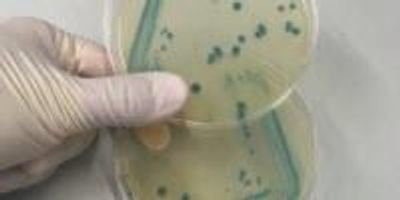