Mothers leave their mark on their children in many ways—and Australian researchers have discovered a protein called SMCHD1 is involved in this "imprinting" process.

SMCHD1 switches certain genes off, altering how a cell behaves. The new research has revealed that when an egg cell (or oocyte) is fertilized by a sperm, the egg cell's SMCHD1 lingers within the developing embryo, switching off at least 10 different genes and impacting the embryo's development—which could potentially have a lifelong impact on the offspring. 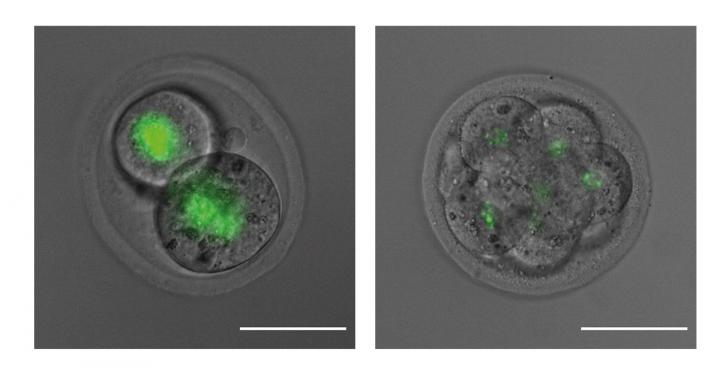 We inherit all our genes from our parents—and there are a few genes that behave differently in offspring, depending on whether they are inherited from the mother or the father. This phenomenon is called "genomic imprinting," and is seen in some genetic diseases, said Wanigasuriya, who undertook the research as a PhD student at WEHI.

"Genomic imprinting occurs because of 'epigenetic marks' on DNA that impact how genes can be used," she said. "When a sperm fertilizes an egg, both cells' DNA carries epigenetic marks from the parent to the child, which in some cases have been linked to long-term health impacts," she said. "It is known that proteins found within the egg (proteins that we get from our mum) help to protect these imprinted genes during early embryo development. Therefore, these egg cell proteins can have either a long or a short-term impact on the health of the embryo."

Blewitt's research team has been studying the SMCHD1 protein, which uses epigenetic modification to 'switch off' or silence certain genes.

"We investigated whether a mother's SMCHD1 protein could be transferred into a newly formed embryo, and how this impacted the expression of imprinted genes," Wanigasuriya said. "Using advanced microscopy to follow a fluorescently tagged version of SMCHD1, we could see that the maternal SMCHD1 protein persisted within embryos for at least five cell divisions. The mother's SMCHD1 altered the imprinted gene expression—potentially leaving a lasting legacy in the offspring." 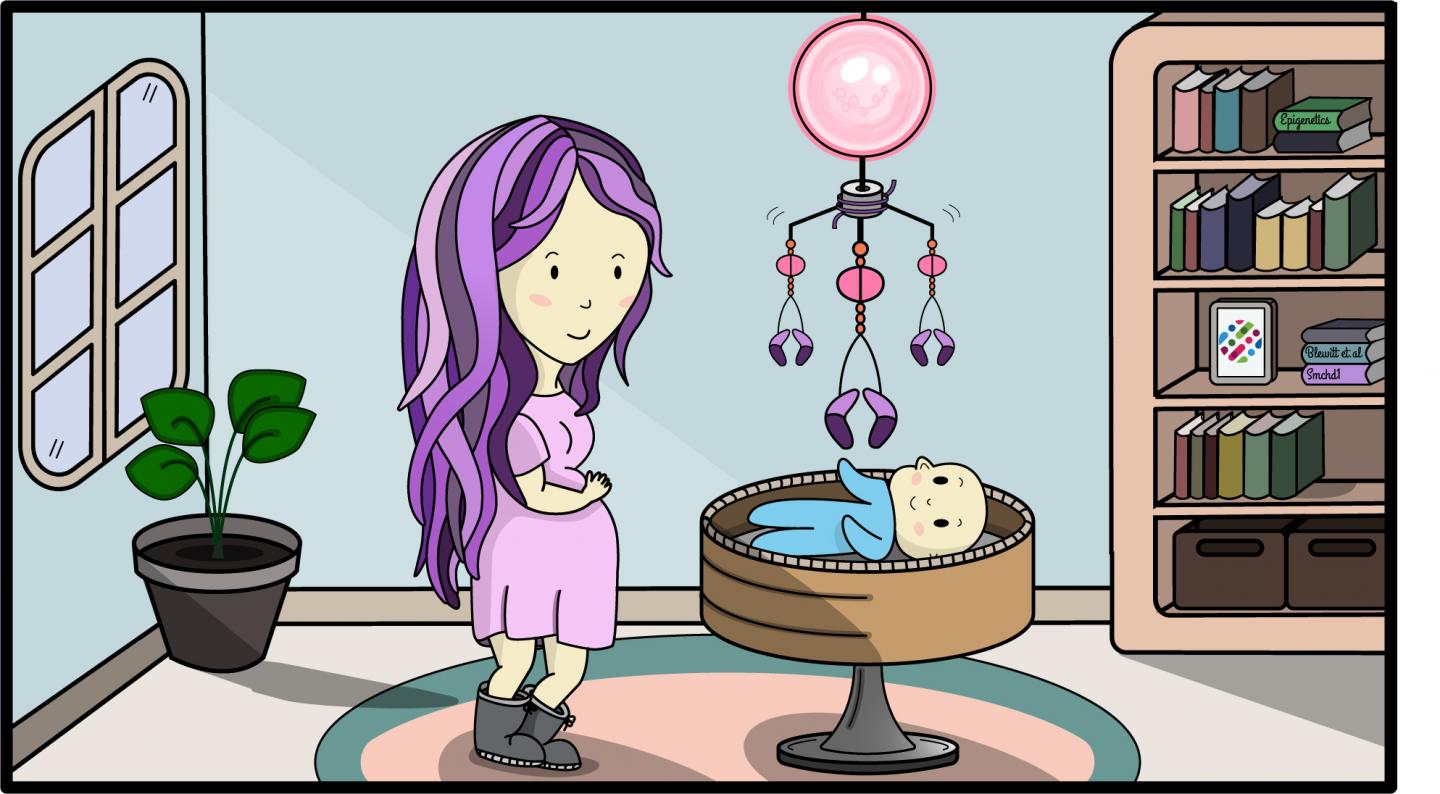 A mother watches over her baby, who lies under a SMCHD1-shaped mobile. Cartoon by co-author Tamara Beck.
Tamara Beck, WEHI, Australia

Gouil said the research revealed a critical window of time in early embryonic development during which the mother's SMCHD1 could silence the expression of target genes.

"Using powerful new genomic analysis techniques, we were able to identify 10 genes that were switched off by maternal SMCHD1 in the early embryo. This is the first time SMCHD1 from the egg has been identified as having a role in imprinting," he said. "While the effects we discovered were subtle, we know that events occurring in early embryonic development can have long-term effects on health. As well as extending our understanding of genomic imprinting, this research adds an extra dimension to the many ways we know parents can impact their offspring's health."

"Studying SMCHD1 in early embryos has uncovered new gene targets that this protein silences," she said. "This could explain how changes in SMCHD1 activity contribute to diseases. We are currently leading a proprietary drug discovery effort at WEHI to leverage our knowledge around SMCHD1 and design novel therapies to treat developmental and degenerative disorders. This research broadens our understanding of how these novel drug candidates might impact gene expression."

- This press release was originally published on the WEHI website