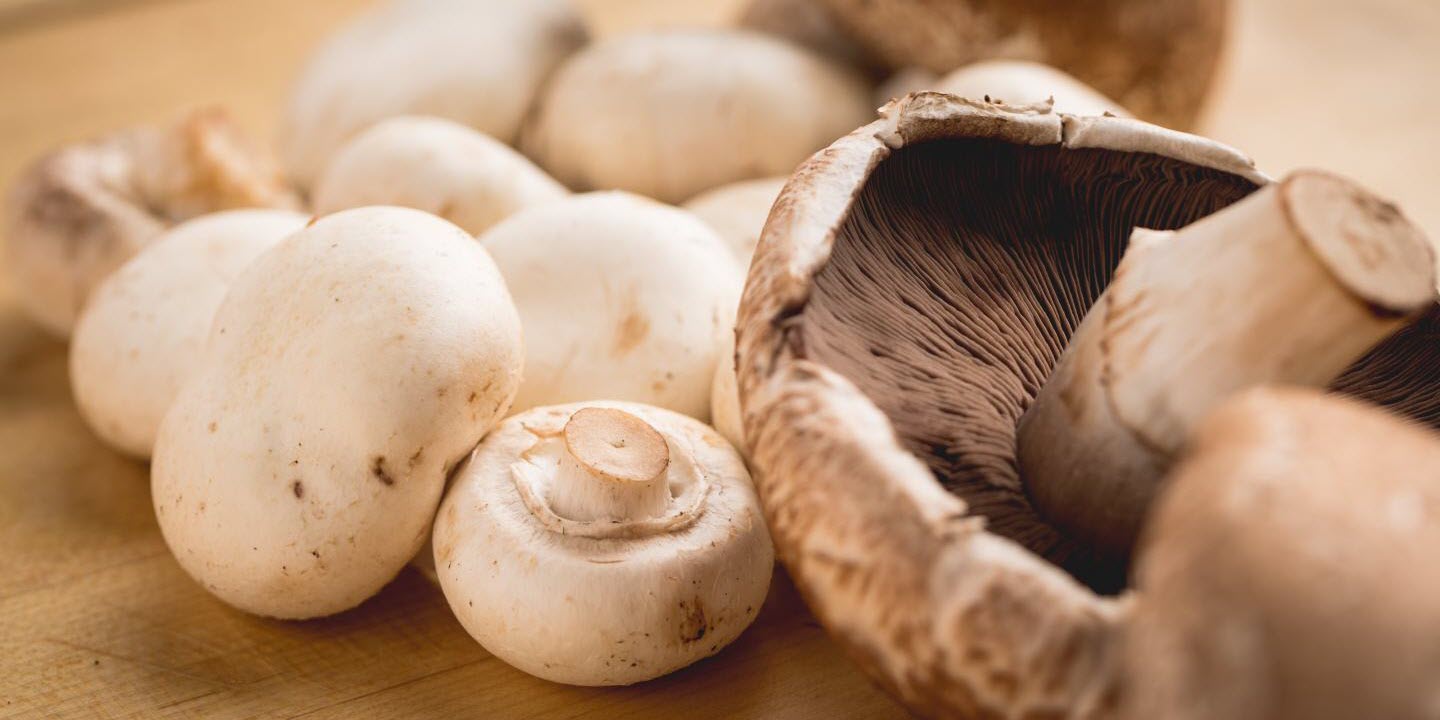 The second study published in as many months has identified another reason to add more mushrooms to the recommended American diet. The new research, published in Food & Nutrition Research (February 2021), examined the addition of mushrooms to US Department of Agriculture (USDA) Food Patterns resulting in the increase of several micronutrients including shortfall nutrients, while having a minimal to zero impact on overall calories, sodium, or saturated fat.

Dr. Victor L. Fulgoni III and Dr. Sanjiv Agarwal looked at the nutritional effect of substituting a serving of various foods recommended to be moderated in the diet by the 2015-2020 US Dietary Guidelines with an 84-gram serving of mushrooms on nutrient profiles in USDA's Healthy US style, Mediterranean-style and Vegetarian Eating Patterns. This is a similar approach that the USDA used for determining its Dietary Guidelines. For the mushroom serving, researchers looked at a composite of white, crimini, and portabella mushrooms at a 1:1:1 ratio; one scenario including UV-light exposed mushrooms; and one scenario including oyster mushrooms.

"Simply adding an 84-gram serving, or what would be the equivalent of 5 medium white mushrooms, to USDA Food Patterns increased several shortfall nutrients including potassium as well as other B vitamins and minerals and had minimal to no impact on overall calories, sodium or saturated fat," said Dr. Fulgoni.

Depending on the pattern type and calorie level, key findings include:

Looking specifically at vitamin D, the study shows that when commonly consumed mushrooms are exposed to UV-light to provide 5 mcg vitamin D per serving, vitamin D intake could meet and slightly exceed the recommended daily value (98% - 104%) for both the 9 -18 year and 19+ year groups as well as decrease inadequacy of this shortfall nutrient in the population. In addition, a serving of UV-light exposed commonly consumed mushrooms decreased population inadequacy for vitamin D from 95.3% to 52.8% for age group nine to 18 years and from 94.9 percent to 63.6 percent for age group 19+ years.

Mushrooms' role in the dietary guidelines

Mushrooms are fungi—a member of the third food kingdom—biologically distinct from plant and animal-derived foods that comprise the USDA food patterns yet have a unique nutrient profile that provides nutrients common to both plant and animal foods. Although classified into food grouping systems by their use as a vegetable, mushrooms' increasing use in main entrees in plant-based diets is growing, supporting consumers' efforts to follow food-based dietary guidance recommendations to lower intake of calories, saturated fatty acids, and sodium while increasing intake of under-consumed nutrients including fiber, potassium, and vitamin D.

When considering mushrooms' role in diet quality and helping consumers achieve healthy eating patterns, a previous analysis of NHANES 2001-2010 data discovered that mushroom intake was associated with higher intakes of several key nutrients and thus better diet quality. However, intake was low—about 21g per day among mushroom consumers. Because of mushrooms' culinary versatility and unique nutrient profile, greater recognition of mushrooms in dietary guidance is an opportunity to improve diet quality, particularly to increase consumption of vegetables.

"Results from this current research on modeling the nutritional impact of mushrooms on USDA healthy eating patterns are now available for consideration by the 2025-2030 Dietary Guidelines Advisory Committee," said Mary Jo Feeney, MS, RD, FADA, and nutrition research coordinator to the Mushroom Council.

Often grouped with vegetables, mushrooms provide many of the nutrient attributes of produce, as well as attributes more commonly found in meat, beans, or grains. According to the USDA's FoodData Central , one serving (5 medium/90g) of white, raw mushrooms contains 20 calories, 0g fat, 3g protein and is very low in sodium (0mg/<1% recommended daily value). Few foods naturally contain vitamin D, and mushrooms are unique in that they are the only food in the produce aisle that contain vitamin D. Specifically, one serving of raw, UV-exposed, white (90g) and crimini (80g) mushrooms contains 23.6mcg (118% RDA) and 25.52mcg (128% RDA) of vitamin D, respectively.

More research from the Mushroom Council still to come

With mushrooms growing in awareness and consideration among consumers nationwide, in 2019, the Mushroom Council made a $1.5 million multi-year investment in research to help broaden understanding of the food's nutritional qualities and overall health benefits.

In addition to the analysis of mushrooms for bioactives/ergothioneine for inclusion in USDA FoodData Central database, additional research projects approved include:

Since 2002, the Council has conducted research that supports greater mushroom demand by discovering nutrient and health benefits of mushrooms. Published results from these projects form the basis for communicating these benefits to consumers and health influencers.

- This press release was produced by FLM Harvest on behalf of the Mushroom Council. It has been edited for style