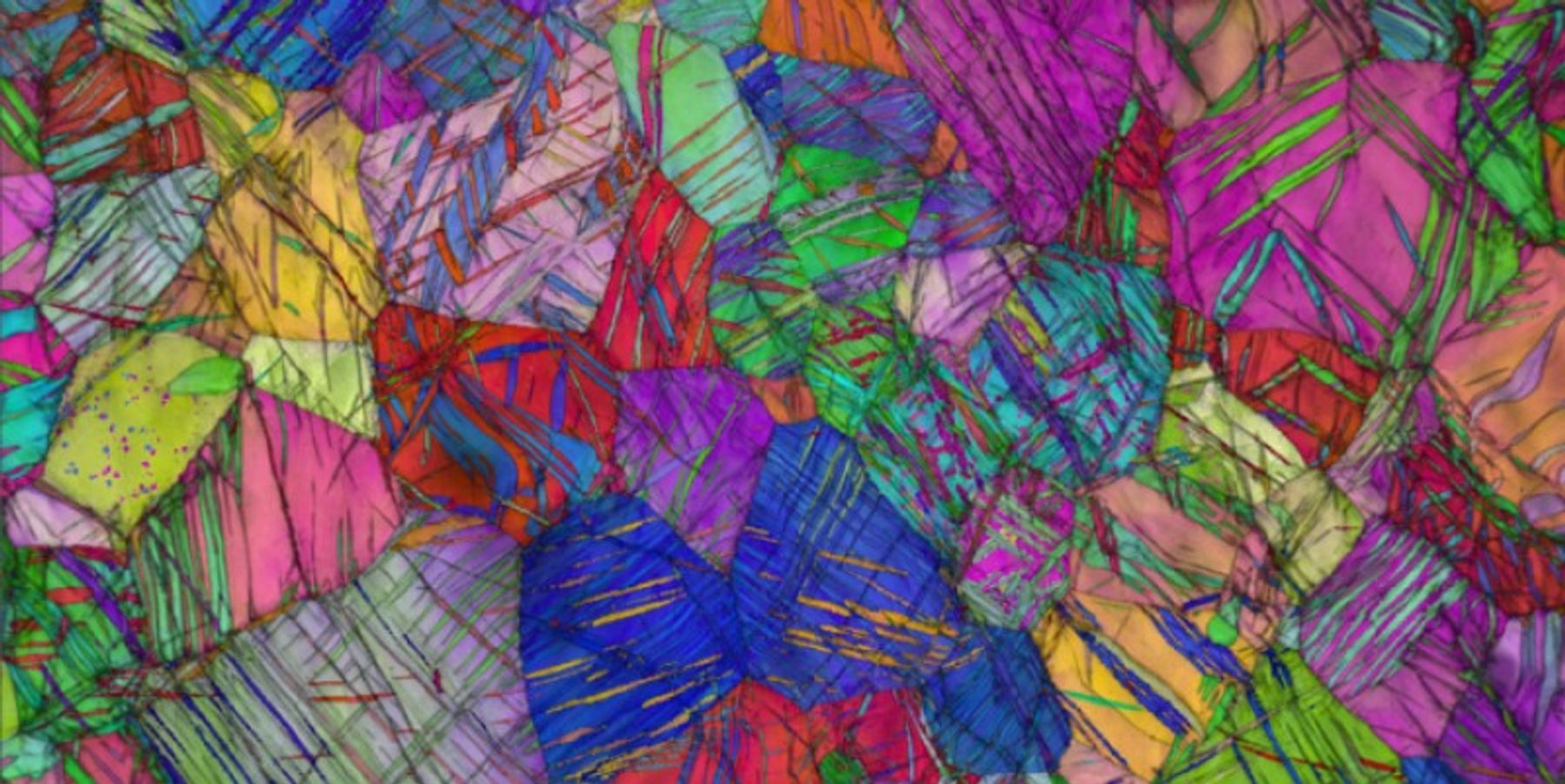 Titanium is strong and lightweight, boasting the highest strength to weight ratio of any structural metal. But processing it while maintaining a good balance of strength and ductility—the ability of a metal to be drawn out without breaking—is challenging and expensive. As a result, titanium has been relegated to niche uses in select industries.

Now, as reported in a recent study published in the journal Science, researchers at the Department of Energy’s Lawrence Berkeley National Laboratory (Berkeley Lab) have discovered a new and practical path forward.

The team found that they could use a technique called cryo-forging to manipulate pure titanium on the scale of a billionth of a meter (a nanometer) at ultralow temperatures to produce extra-strong “nanotwinned” titanium without sacrificing any of its ductility.

“This study is the first time someone has produced a pure nanotwinned structure in bulk material,” said Andrew Minor, the study’s project lead and director of the National Center for Electron at the Molecular Foundry, a nanoscience user facility at Berkeley Lab. “With nanotwinned titanium, we no longer have to choose between strength and ductility but instead can achieve both.”

The mechanical properties of metals depend in part on their grains—tiny individual crystalline areas of repeating atomic patterns that form the material’s internal structure. Boundaries between grains, where the pattern changes, strengthen metals by stopping defects known as dislocations from moving across and weakening the material’s structure. Imagine the grains as streets and the grain boundaries as stoplights that prevent the passage of atomic “cars.”

One way to strengthen a metal is to simply shrink the size of its grains to create more boundaries by forging it—compressing the material at high temperatures or even room temperature by rolling or hammering it. However, this type of processing often comes at the expense of ductility—the internal structure gets broken up making it prone to fracture. The smaller grain “streets” and increase in “stoplights” leads to an atomic traffic pileup and breaks the material.

“The strength of a material is normally correlated with the size of the interior grains—the smaller the better,” said Minor, who is also a professor of materials science and engineering at UC Berkeley. “But high strength and ductility are generally mutually exclusive properties.”

Enter nanotwins. Nanotwins are a specific type of atomic arrangement where the tiny boundaries in the crystal structure line up symmetrically, like mirror images of each other. Back on the atomic roadways, the stoplights on the grain streets turn into speedbumps with a nanotwinned structure, making it easier for atoms to move around without the buildup of stress while maintaining increased strength.

Putting the twin in titanium

Nanotwinned materials are not new. However, making them typically requires specialized techniques that can be costly. These techniques have worked for a select set of metals like copper and are typically only used to make thin films. Furthermore, most of the time thin-film properties don’t translate to bulk materials.

To create nanotwinned titanium, the research team used a simple technique, cryo-forging—manipulating the structure of the metal at ultralow temperatures. The technique starts with a cube of very pure (more than 99.95 percent) titanium placed into liquid nitrogen at minus 321 degrees Fahrenheit. While the cube is submerged, compression is applied to each axis of the cube. Under these conditions, the structure of the material begins to form nanotwin boundaries. The cube is later heated to 750 degrees Fahrenheit to remove any structural defects that formed in between the twin boundaries.

The researchers put the newly formed material through a series of stress tests and used the Molecular Foundry’s electron microscopes to uncover the source of its unique properties. During these tests, they found that nanotwinned titanium had better formability because it has the ability to both form new nanotwin boundaries and undo previously formed boundaries, both of which help with deformation. They tested the material to extreme temperatures up to 1,112 degrees Fahrenheit, as hot as flowing lava, and found it maintained its structure and properties, demonstrating the versatility of the material.

At super-cold temperatures, nanotwinned titanium is able to withstand more strain than normal titanium, which is the opposite of what generally happens for most metals—at low temperatures, most materials become more brittle.

The size and number of these nanotwin structures can change the characteristics of the metal.

In the case of titanium, the researchers found that nanotwinning doubled the metal’s strength and increased its ductility by 30 percent at room temperature. At super-low temperatures, the improvement was even more dramatic—the nanotwinned titanium was able to double in length before fracturing.

Nanotwinned titanium also maintained its excellent properties at relatively high temperatures, showing that these properties would not only persist in the temperate San Francisco Bay Area climate, but also in the extreme cold of outer space and near the intense heat of a jet engine.

Fabricating nanotwinned titanium using cryo-forging is potentially cost-effective, scalable for commercial production, and produces an easily recycled product. Additionally, as Minor stated, “We showed the nanotwinning mechanism in titanium, but it’s quite possible that it will work in other materials where ductility is limiting.” From here, the researchers hope to take the process they developed for titanium and determine if it can be applied to other metals.