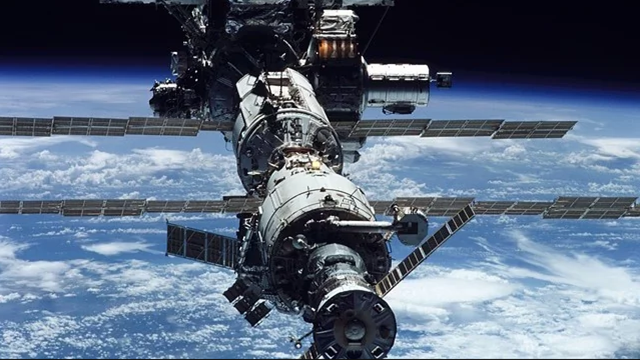 A comprehensive catalogue of the bacteria and fungi found on surfaces inside the International Space Station (ISS) is being presented in a study published in the open access journal Microbiome. Knowledge of the composition of the microbial and fungal communities on the ISS can be used to develop safety measures for NASA for long-term space travel or living in space.

Dr Kasthuri Venkateswaran, at the NASA Jet Propulsion Laboratory (JPL), corresponding author said: "Specific microbes in indoor spaces on Earth have been shown to impact human health. This is even more important for astronauts during spaceflight, as they have altered immunity and do not have access to the sophisticated medical interventions available on Earth. In light of possible future long-duration missions, it is important to identify the types of microorganisms that can accumulate in the unique, closed environments associated with spaceflight, how long they survive and their impact on human health and spacecraft infrastructure."

The researchers found that microbes on the ISS were mostly human-associated. The most prominent bacteria were Staphylococcus (26% of total isolates), Pantoea (23%), and Bacillus(11%). They included organisms that are considered opportunistic pathogens on Earth, such as Staphylococcus aureus (10% of total isolates identified), which is commonly found on the skin and in the nasal passage, and Enterobacter, which is associated with the human gastrointestinal tract. On Earth, they are predominant in gyms, offices, and hospitals, which suggests that the ISS is similar to other built environments where the microbiome is shaped by human occupation.

Dr Checinska Sielaff, first author said: "Whether these opportunistic bacteria could cause disease in astronauts on the ISS is unknown. This would depend on a number of factors, including the health status of each individual and how these organisms function while in the space environment. Regardless, the detection of possible disease-causing organisms highlights the importance of further studies to examine how these ISS microbes function in space."

Dr Urbaniak, joint first author added: "Some of the microorganisms we identified on the ISS have also been implicated in microbial induced corrosion on Earth. However, the role they play in corrosion aboard the ISS remains to be determined. In addition to understanding the possible impact of microbial and fungal organisms on astronaut health, understanding their potential impact on spacecraft will be important to maintain structural stability of the crew vehicle during long term space missions when routine indoor maintenance cannot be as easily performed."

The researchers used traditional culture techniques and gene sequencing methods to analyse surface samples collected in eight locations on the ISS, including the viewing window, toilet, exercise platform, dining table and sleeping quarters, during three flights across 14 months. This allowed them to examine if and how the microbial and fungal populations differed between locations and over time.

The authors found that while fungal communities were stable, microbial communities were similar across locations but changed over time. Samples taken during the second flight mission had higher microbial diversity than samples collected during the first and third missions. The authors suggest that these temporal differences may be due to the different astronauts on board the ISS.

Dr Venkateswaran said: "Our study provides the first comprehensive catalogue of the bacteria and fungi found on surfaces in closed space systems and can be used to help improve safety measures that meet NASA requirements for deep space human habitation. The results can also have significant impact on our understanding of other confined built environments on the Earth such as clean rooms used in the pharmaceutical and medical industries."