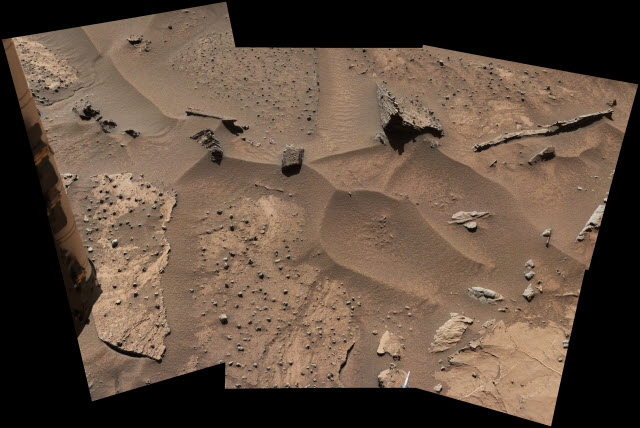 Patches of Martian sandstone visible in the lower-left and upper portions of this March 9, 2016, view from the Mast Camera of NASA's Curiosity Mars rover have a knobbly texture due to nodules apparently more resistant to erosion than the host rock in which some are still embedded.Image Credits: NASA/JPL-Caltech/MSSS

NASA has selected 28 researchers as participating scientists for the Curiosity Mars rover mission, including six newcomers to the rover's science team.

The six new additions work in Alabama, Colorado, Indiana, Pennsylvania, Michigan, and Tennessee. Eighty-nine scientists around the world submitted research proposals for using data from Curiosity and becoming participating scientists on the Mars Science Laboratory Project, which built and operates the rover. The 28 selected by NASA are part of a science team that also includes about 120 other members, mainly the principal investigators and co-investigators for the rover's ten science instruments, plus about 320 science-team collaborators, such as the investigators’ associates and students.

An initial group of Mars Science Laboratory participating scientists was chosen before Curiosity's 2012 landing on Mars, and several of those scientists were selected again in the latest round. Participating scientists on the mission play active roles in the day-to-day science operations of Curiosity, involving heavy interaction with rover engineers at NASA's Jet Propulsion Laboratory, Pasadena, California. JPL manages the mission for NASA. 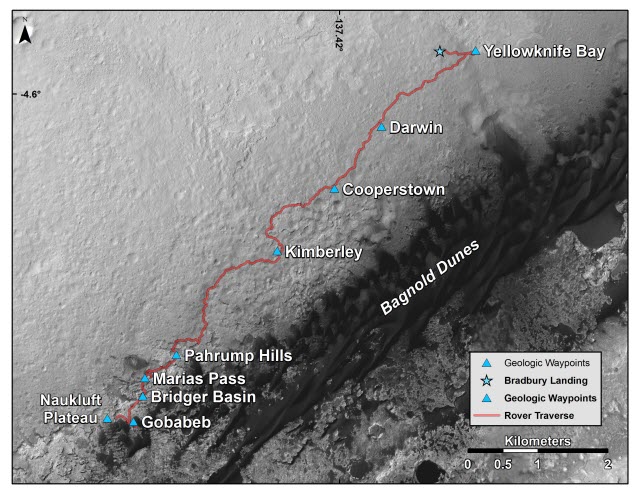 This map shows the route driven by NASA's Curiosity Mars rover from where it landed in 2012 to its location in early March 2016, approaching "Naukluft Plateau." As the rover continues up Mount Sharp, its science team has been refreshed by a second round of NASA participating-scientist selections.Image Credits: NASA/JPL-Caltech/Univ. of Arizona

During Curiosity's prime mission, which was completed in 2014, the project met its main goal by finding evidence that ancient Mars offered environmental conditions with all the requirements for supporting microbial life, if any ever existed on Mars. In Curiosity's first extended mission, researchers are using the rover on the lower portion of a layered mountain to study how Mars' ancient environment changed from wet conditions favorable for microbial life to harsher, drier conditions. For more information about Curiosity, visit: http://mars.jpl.nasa.gov/msl