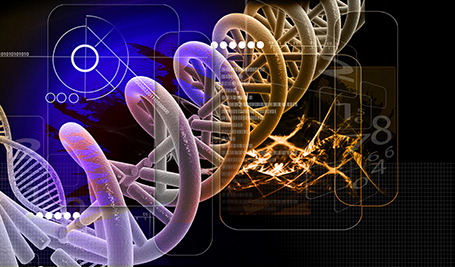 Image courtesy of The National AcademiesWASHINGTON -- The National Academy of Sciences and the National Academy of Medicine are launching a major initiative to guide decision making about controversial new research involving human gene editing. Human gene-editing technologies, such as CRISPR-Cas9, may lead to promising new treatments for disease. However, recent experiments to attempt to edit human genes also have raised important questions about the potential risks and ethical concerns of altering the human germline. Future advances are likely to raise new questions.

This initiative will include an international summit this fall to convene researchers and other experts to explore the scientific, ethical, and policy issues associated with human gene-editing research.  In addition, the National Academies will appoint a multidisciplinary, international committee to begin a comprehensive study of the scientific underpinnings and clinical, ethical, legal, and social implications of human gene editing. The committee will consider and recommend standards, guidelines, and practices governing the use of gene-editing technologies in biomedical research and medicine. An advisory group to steer the overall initiative will soon be announced.

The Academies provided leadership in the past on emerging, controversial new areas of genetic research, such as human embryonic stem cell research, human cloning, and “gain-of-function” research.  In 1975, the Asilomar conference convened by the National Academy of Sciences led to guidelines for recombinant DNA research. In keeping with these past efforts, the Academy is prepared to work with the scientific and medical communities to achieve a comprehensive understanding of human gene editing and its implications in order to help guide researchers, clinicians, policy makers, and the public, here and around the world.

Ralph J. Cicerone is the president of the National Academy of Sciences, a private, nonprofit institution that provides science policy advice to the nation under an 1863 congressional charter. Victor J. Dzau is the president of the Institute of Medicine, which was founded as the health arm of the NAS in 1970.  Effective July 1, 2015, the IOM will become the National Academy of Medicine, and Dzau will be its first president.