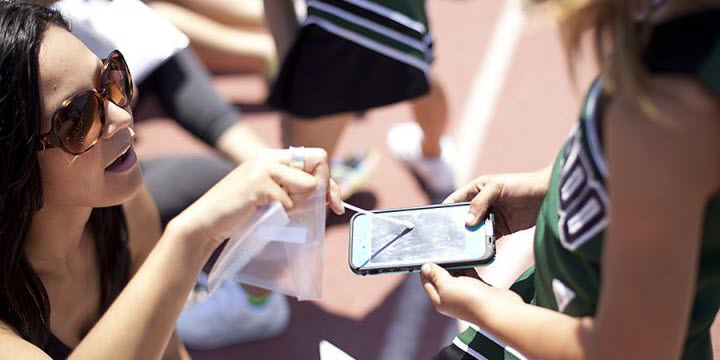 Taylor Hooks of Science Cheerleaders swabbing a cellphone at a 2013 Pop Warner youth cheerleading event in Coronado, Calif. Swabs from thousands of volunteers show that different communities of microbes—some of them basically unknown to science—thrive on shoes and cellphones.
Kristen Vincent, https://www.facebook.com/kristenvincentphotography

The largest study of its kind in the US shows thousands of different types of bacteria living on cellphones and shoes, including groups that have barely been studied by scientists.

"This highlights how much we have to learn about the microbial world around us," said David Coil, a researcher at the University of California, Davis Genome Center and first author on the paper, published June 9 in the journal PeerJ.

In recent years, scientists have started to better understand the communities of microbes, or microbiomes, found in basically every environment on the planet. We all carry around with us our own personal microbiome. While some of the microbes found in and on people can be harmful, the overwhelming majority of these microbes are harmless—and some are even beneficial.

In 2013-2014, Coil, with Russell Neches and Professor Jonathan Eisen of the UC Davis Genome Center, UC Davis graduate student and professional cheerleader Wendy Brown, Darlene Cavalier of Science Cheerleaders, Inc., and colleagues launched an effort to sample microbes from spectators at sporting events across the country. Volunteers swabbed cell phones and shoes from almost 3,500 people and sent the samples to the Argonne National Laboratory, University of Chicago, for processing.

The researchers amplified and sequenced DNA from the samples and used the sequence information to identify major groups of bacteria in the samples.

They found that shoes and cellphones from the same person consistently had distinct communities of microbes. Cellphone microbes reflected those found on people, while shoes carried microbes characteristic of soil. This is consistent with earlier results.

The shoe microbes were also more diverse than those found on a person's phone.

Although samples were collected at events across the country, the researchers did not find any conclusive regional trends. In some cases, there were big differences between samples collected at different events in the same city. In others, samples from distant cities looked quite similar. 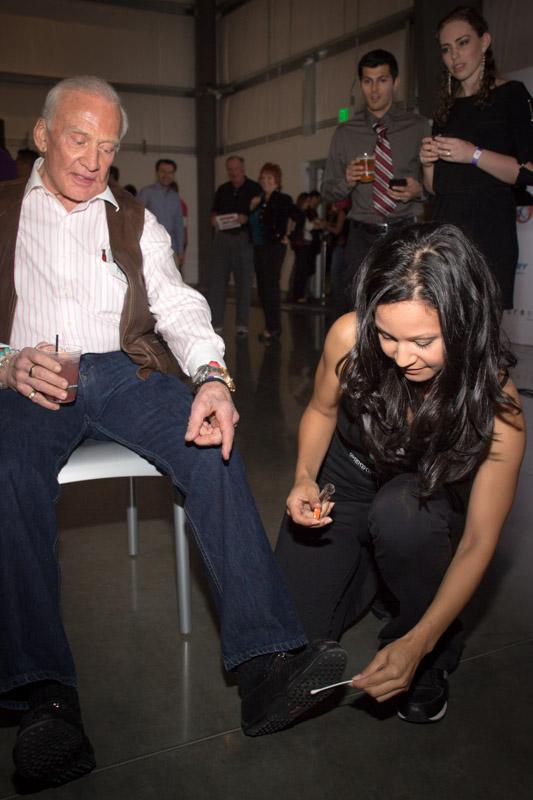 Surprisingly, a substantial proportion of the bacteria came from groups that researchers call "microbial dark matter." These microbes are difficult to grow and study in a lab setting and thus have been compared to invisible "dark matter" that astronomers think makes up much of the universe.

Since they are so difficult to grow in a lab, these dark matter groups have only been discovered as scientists have used genetic sequencing technology to look for microbes in the world around us. Although many of the dark microbial groups come from remote or extreme environments, such as boiling acid springs and nutrient poor underground aquifers, some have been found in more mundane habitats, such as soil.

"Perhaps we were naïve, but we did not expect to see such a high relative abundance of bacteria from these microbial dark matter groups on these samples," Eisen said.

"A remarkable fraction of people are traveling around with representatives from these uncultured groups on commonplace objects," Coil said.