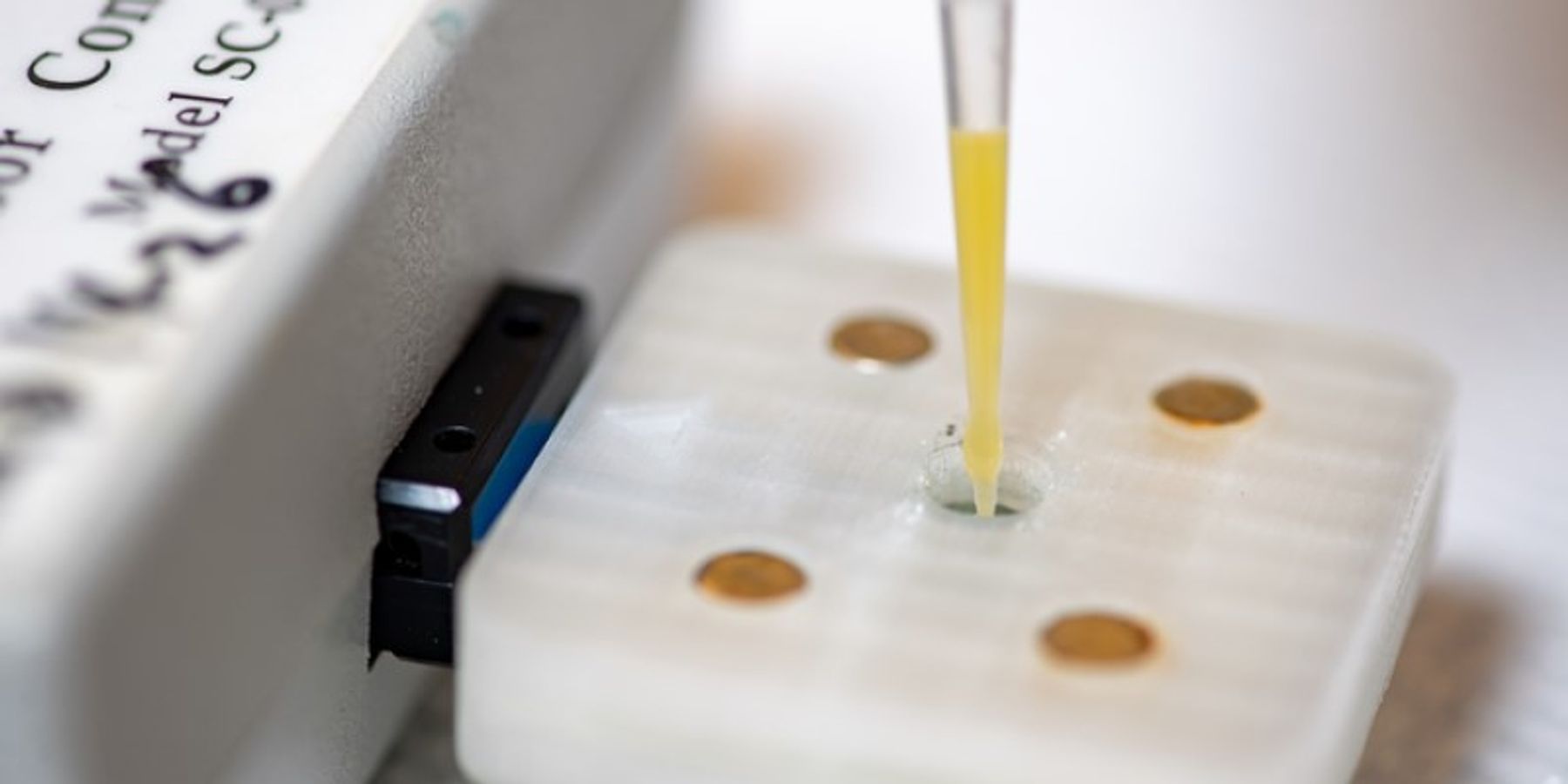 Engineers tested the sensor device on samples of orange juice that they spiked with glyphosate for the study.
Bob Hubner, Washington State University

PULLMAN, WA — A newly developed, low-cost sensor can detect and accurately measure the amount of the widely used and controversial herbicide, glyphosate, in droplets of liquid in a laboratory test.

Washington State University (WSU) and DL ADV-Tech engineers developed the sensor device, which uses nano-sized tubes, and tested it on samples of orange juice and rice beverages that they spiked with the herbicide for the study. The glyphosate sensor uses technology that is similar to that used in glucose tests that can quickly measure blood sugar levels from a pinprick of blood.

Ultimately, that is the goal for this sensor: to test human samples for monitoring glyphosate exposure, but in the study published in Biosensors and Bioelectronics, researchers first showed the sensor’s potential for testing beverages.

“We started to develop this sensor for health monitoring, but it also can be used for food safety and environmental monitoring,” said Yuehe Lin, professor in WSU’s School of Mechanical and Materials Engineering and the study’s corresponding author. “We designed it to be portable and used 3D-printing to make it small and compact, so that it can be used anywhere—in the lab or in the field.”

Before this new development, methods of detecting and measuring herbicides like glyphosate often relied on meticulous preparation of samples and expensive scientific equipment like mass spectrometers. Other methods involve using biological antibodies to attract and bind the herbicide molecules, which is also expensive with materials that need to be carefully stored to prevent degradation of the natural components.

The sensor developed by the research team uses electrically conducting polymer nanotubes that are imprinted with molecule-sized cavities that can bind glyphosate molecules—essentially mimicking the biological antibodies. These nanotubes are then coated on a 3D-printed sensor device that uses an electric current to quantify the glyphosate concentration. Because it uses an artificial antibody instead of biological one, the sensor doesn’t need special storage, and the sensing materials are relatively inexpensive.

The researchers tested the sensor on samples of orange juice and rice beverages that they spiked with known levels of glyphosate. They found the sensor had the ability to detect the herbicide with high sensitivity and specificity.

“For the next step, we want to use the sensor to detect glyphosate in some human samples such as blood, saliva, or urine,” said Shichao Ding, a WSU doctoral candidate in Lin’s lab and first author on the paper. “We will also continue to develop some new nanomaterials to enhance its sensing performance.”

Glyphosate has been approved for use by many regulatory agencies including the US Environmental Protection Agency, which issued a statement in 2020 that it is safe for use at recommended levels. Yet, some groups and studies have raised concerns about glyphosate’s health and environmental risks, and the World Health Organization’s International Agency for Research on Cancer has classified it as “probably carcinogenic to humans.”