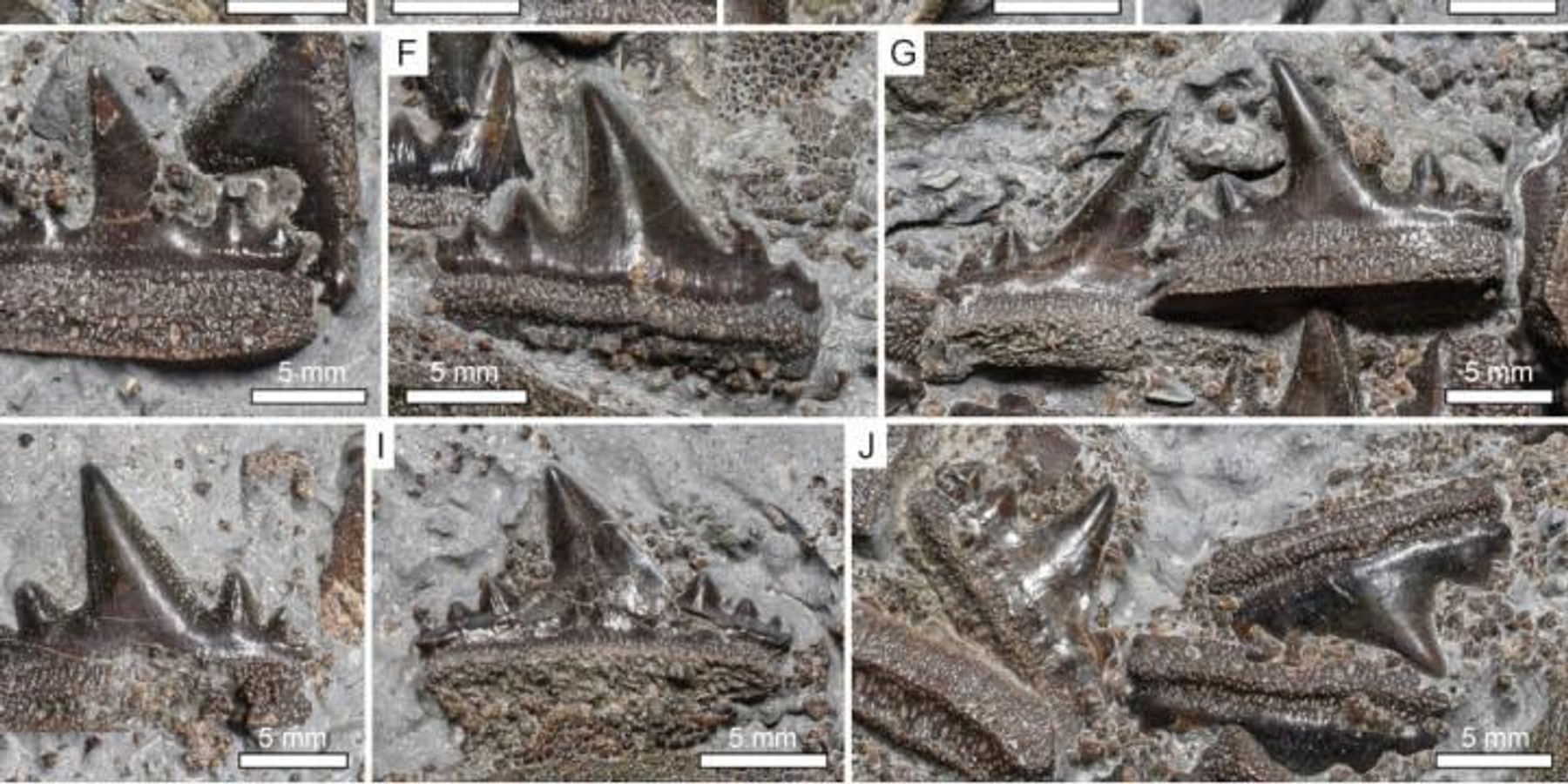 In a new study, an international team led by Sebastian Stumpf from the University of Vienna describes a fossil skeleton of an ancient shark, which is assigned to a new, previously unknown genus and species.

This rare fossil find comes from the Kimmeridge Clay Formation in England, a series of sedimentary rocks that was formed in a shallow, tropical-subtropical sea during the Upper Jurassic, about 150 million years ago. The fossil shark skeleton was found more than 20 years ago on the southern coast of England and is now held in the Etches Collection. Additional fossil shark specimens from it will be investigated in the years to come.

Due to their life-long tooth replacement shark teeth are among the most common vertebrate finds encountered in the fossil record. The low preservation potential of their poorly mineralized cartilaginous skeletons, on the other hand, prevents fossilization of completely preserved specimens in most cases.

The finding is detailed in a new study published in the journal PeerJ.

The new shark fossil, which is about 150 million years old, is assigned to a previously unknown genus and species of hybodontiform sharks named Durnonovariaodus maiseyi. This extremely rare fossil find was made almost 20 years ago on the southern coast of England and is now held and curated in the Etches Collection, which houses one of the most scientifically significant fossil collections in England.

Hybodontiform sharks are one of the most species-rich groups of extinct sharks and represent the closest relatives to modern sharks. They first appeared during the latest Devonian, about 361 million years ago, and went extinct together with dinosaurs at the end of the Cretaceous, about 66 million years ago. The new genus and species Durnonovariaodus maiseyi differs from all other previously described hybodontiform sharks, including those that are characterized by having similarly shaped teeth.

"Durnonovariaodus maiseyi represents an important source of information for better understanding the diversity of sharks in the past as well as for new interpretations of the evolution of hybodontiform sharks, whose relationships are still poorly understood, even after more than 150 years of research," says Stumpf.

The scientific importance of the Kimmeridge Clay Formation is underlined by additional, but still undescribed hybodontiform shark skeletons, which are also held in the Etches Collection. The research of fossil sharks from the Kimmeridge Clay Formation of England, which will be continued in the years to come, will certainly contain further surprises to be yet discovered.

- This press release was originally published on the University of Vienna website. It has been edited for style and length