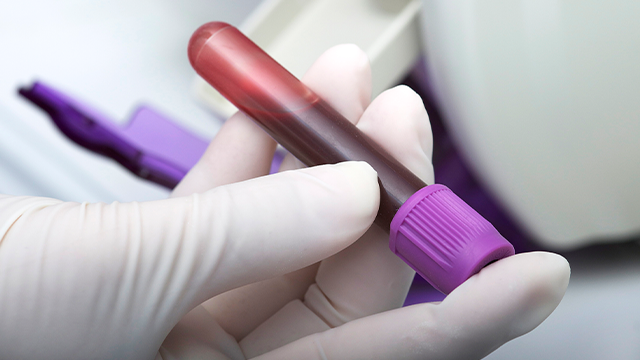 For someone experiencing cardiac symptoms in the emergency room, every minute matters as physicians determine whether someone is having a heart attack. New data, published online in JAMA Cardiology, found a new blood test under development that is done right at the patient's side in as little as 15 minutes could identify nearly three-fifths (56.7 percent) of people at low-risk of experiencing a heart attack, similar to the results of a High Sensitive Troponin-I blood test done in the laboratory setting.

More than seven billion diagnostic tests are run in the US each year to help physicians make accurate, timely decisions about a person's medical treatment. Point-of-care diagnostic tests, that can often provide results within minutes, are used globally as hospitals face increased pressures to address overcrowding in emergency rooms and longer wait times. The goal of with-patient diagnostic tests is to deliver results with accuracy similar to the gold standard of high-sensitivity lab tests. The findings from the study indicate this new point-of-care blood test could help physicians streamline how patients are triaged in the emergency room by reducing the time it takes to rule out a heart attack and accelerating a safe discharge for low-risk patients—all with an accuracy comparable to a high sensitive cardiac troponin test used in a core-laboratory.

"The initial findings from this study indicate that, for a substantial proportion of patients, it may be possible to safely rule out heart attacks within 15 minutes of blood drawn in the emergency department," said Martin Than, MD, an emergency medicine specialist, director of emergency medicine research at Christchurch Public Health Hospital and one of the study's senior authors. "This is a major advancement in point-of-care test accuracy that may make possible significant improvements in patient care in both urban and rural settings."

Researchers in New Zealand evaluated 354 adults 18 years and older who entered an emergency department with symptoms of acute coronary syndrome, such as a heart attack. The patients' cardiac troponin levels, which have become the standard for aiding doctors in checking for a heart attack, were measured using two Abbott blood tests: the ARCHITECT High Sensitive Troponin-I (hsTnI) and the i-STAT TnI-Nx, a point-of-care diagnostic test under development. The study found:

Potential for rapid rule-out, right at the point-of-care

Troponin proteins are released from the heart and can be found at elevated levels in the blood when the heart muscle has been damaged due to lack of blood flow. The i-STAT® cardiac troponin test from Abbott has been used in hospitals globally to help aid the physician in diagnosing heart attacks, right at the patient's bedside. Abbott's newest point-of-care test, that was used in the research and is not yet commercially available, includes several enhancements, such as magnetic technology.

"When designing Abbott's newest point-of-care cardiac testing, we wanted to combine the benefits of higher-sensitivity troponin tests with the speed of results when it matters most," said Matt Bates, divisional vice president of research and development for point-of-care diagnostics at Abbott. "This initial data will help guide our research and development of the next generation of cardiac testing to help physicians and emergency departments make timely decisions with confidence."