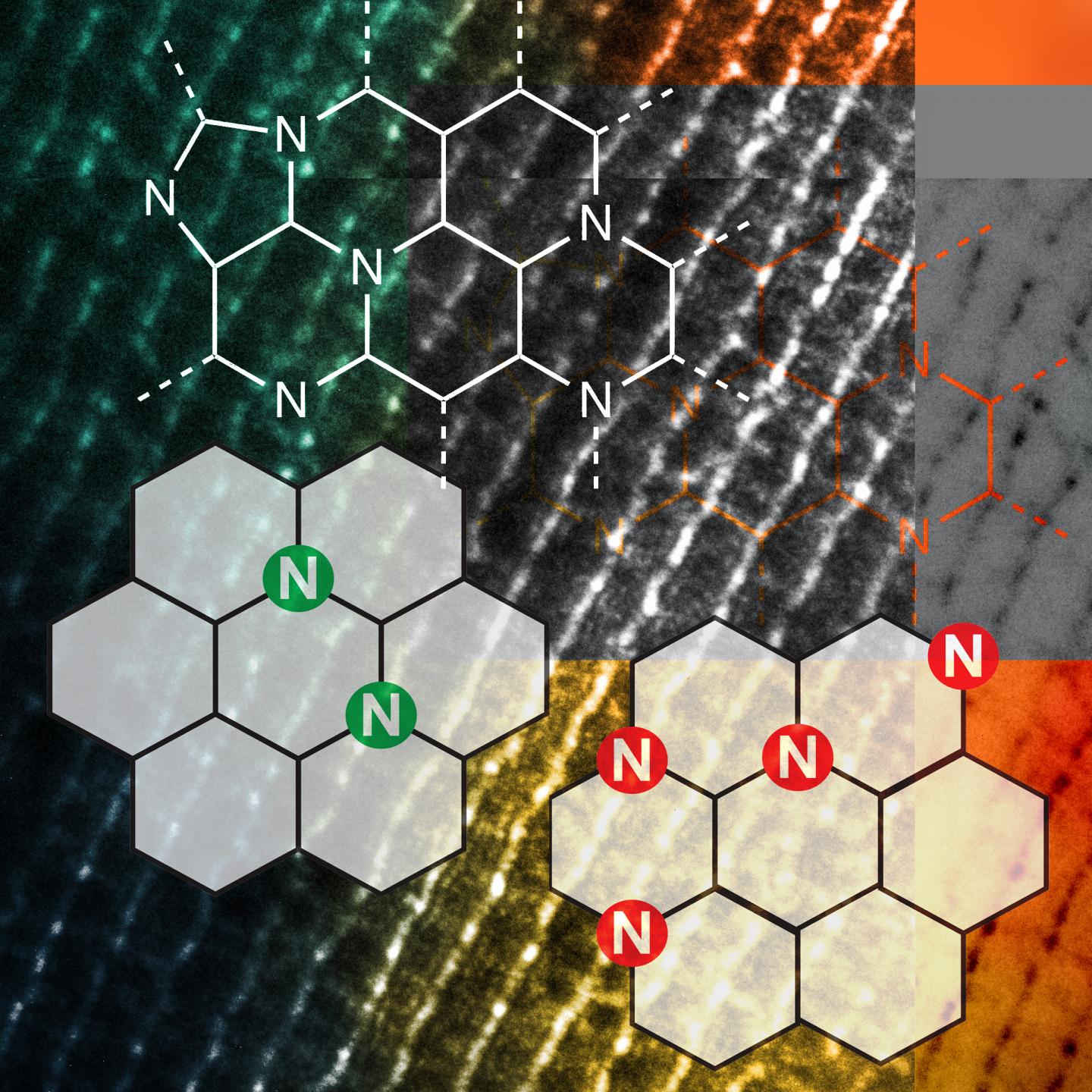 A newly discovered metal-free carbon-based catalyst that has the potential to be much less expensive and more efficient for many industries, including manufacturing of bio- and fossil fuels, electrocatalysis, and fuel cells.
US Department of Energy, Ames Laboratory

Scientists at the US Department of Energy's Ames Laboratory have discovered a metal-free carbon-based catalyst that has the potential to be much less expensive and more efficient for many industrial concerns, including manufacturing of bio- and fossil fuels, electrocatalysis, and fuel cells.

At their most fundamental, these industry processes involve splitting strong chemical bonds, like hydrogen-hydrogen, carbon-oxygen, and carbon-hydrogen bonds. Traditionally this has been accomplished with catalysts that use transition or precious metals, many of them expensive and low in natural abundance—like platinum and palladium.

The scientists performed experiments with a type of heterogeneous catalyst, Nitrogen-Assembly Carbons (NACs), in which the design and placement of nitrogen on the carbon surface greatly influenced the catalytic activity of the material. These N atoms on carbon surfaces were previously believed to be distant from one another, as the close placement of N atoms is thermodynamically unstable. The team in Ames Lab correlated the N precursors and pyrolysis temperature for the NACs synthesis with the N distribution and discovered that meta-stable N assemblies can be made by design and deliver unexpected catalytic reactions. Such reactions include hydrogenolysis of aryl ethers, dehydrogenation of ethylbenzene and tetrahydroquinoline, and hydrogenation of common unsaturated functionalities (such as ketone, alkene, alkyne, and nitro groups). Moreover, the NACs catalysts are robust with consistent selectivity and activity for both liquid and gas phase reactions under high temperature and/or pressure.

"We discovered that how the nitrogen was distributed on the surface of these NACs really mattered, and in the process realized that this was an entirely new kind of chemical activity," said Ames Laboratory Associate Scientist Long Qi.

"The discovery should enable scientists to design nitrogen assemblies that are able to accomplish more sophisticated and challenging chemical transformations without the need for transition metals" said Ames Laboratory scientist Wenyu Huang. "It broadly applies to many different types of chemical conversions and industries."