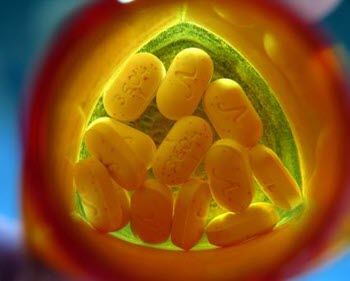 In recent years, deaths from opioid overdoses have become one of the most common injury-related deaths in North America. The continent also has the highest per capita rate of opioid prescription in the world.

Recognizing the role that opioid prescribing plays in the opioid crisis, a team of researchers at Lawson Health Research Institute and Western University has developed a new clinical protocol called STOP Narcotics. A study demonstrating the efficacy of their protocol was presented at the American College of Surgeons Clinical Congress in Boston, Massachusetts on October 24.

The protocol includes a combination of patient and healthcare provider education and an emphasis on non-opioid pain control. The study found that they were able to reduce the overall amount of opioids being prescribed after general surgery by 50 percent while still adequately treating a patient's post-operative pain.

"By significantly reducing the amount of opioids prescribed, this decreases the exposure risk and potential for misuse of narcotic medication," said Dr. Luke Hartford, a resident in general surgery at Western's Schulich School of Medicine & Dentistry and first author on the study. "This also decreases excess medication available to be diverted to individuals for whom it was not intended."

Dr. Ken Leslie, scientist at Lawson, associate professor in the Department of Surgery at Schulich Medicine & Dentistry, and Chair/Chief of the Division of General Surgery at London Health Sciences Centre led the implementation of the new protocol.

"We recognized that before STOP Narcotics, every surgeon had a different approach to pain control, and that most surgeons were prescribing more narcotics than are actually needed," said Dr. Leslie. "When we looked at the data from this new protocol, we saw that the patient's pain control was just as good with this pathway, without a huge prescription for narcotics."

The group now hopes to expand the protocol for applications beyond general surgery.

"If we can decrease the opioid exposure risk in our patients, and decrease the amount of excess medication available for diversion, and spread this to other institutions and surgical procedures and specialities, this has the potential to significantly impact the opioid crisis," said Dr. Patrick Murphy, a resident in general surgery at Schulich Medicine & Dentistry and co-author on the study.