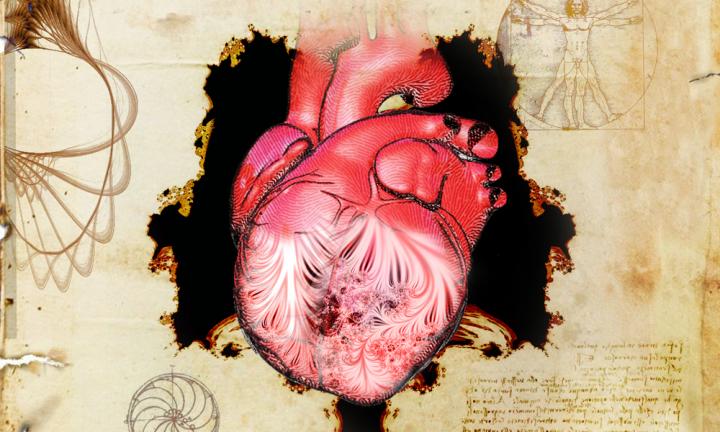 The heart and its trabeculae, first described by Leonardo da Vinci.
Spencer Phillips

CAMBRIDGE, UK — August 19, 2020 — Researchers have investigated the function of a complex mesh of muscle fibres that line the inner surface of the heart. The study, published in the journal Nature, sheds light on questions asked by Leonardo da Vinci 500 years ago, and shows how the shape of these muscles impacts heart performance and heart failure.

In humans, the heart is the first functional organ to develop and starts beating spontaneously only four weeks after conception. Early in development, the heart grows an intricate network of muscle fibers—called trabeculae—that form geometric patterns on the heart's inner surface. These are thought to help oxygenate the developing heart, but their function in adults has remained an unsolved puzzle since the 16th century.

To understand the roles and development of trabeculae, an international team of researchers used artificial intelligence to analyze 25,000 magnetic resonance imaging (MRI) scans of the heart, along with associated heart morphology and genetic data. The study reveals how trabeculae work and develop, and how their shape can influence heart disease. UK Biobank has made the study data openly available.

Leonardo da Vinci was the first to sketch trabeculae and their snowflake-like fractal patterns in the 16th century. He speculated that they warm the blood as it flows through the heart, but their true importance has not been recognized until now.

The research suggests that the rough surface of the heart ventricles allows blood to flow more efficiently during each heartbeat, just like the dimples on a golf ball reduce air resistance and help the ball travel further.

The study also highlights six regions in human DNA that affect how the fractal patterns in these muscle fibers develop. Intriguingly, the researchers found that two of these regions also regulate branching of nerve cells, suggesting a similar mechanism may be at work in the developing brain.

"Our work significantly advanced our understanding of the importance of myocardial trabeculae," explains Hannah Meyer, principal investigator at Cold Spring Harbor Laboratory. "Perhaps even more importantly, we also showed the value of a truly multidisciplinary team of researchers. Only the combination of genetics, clinical research, and bioengineering led us to discover the unexpected role of myocardial trabeculae in the function of the adult heart."

Trabeculae and the risk of heart failure

The researchers discovered that the shape of trabeculae affects the performance of the heart, suggesting a potential link to heart disease. To confirm this, they analyzed genetic data from 50,000 patients and found that different fractal patterns in these muscle fibres affected the risk of developing heart failure.

"Leonardo da Vinci sketched these intricate muscles inside the heart 500 years ago, and it's only now that we're beginning to understand how important they are to human health. This work offers an exciting new direction for research into heart failure, which affects the lives of nearly 1 million people in the UK," says Declan O'Regan, clinical scientist and consultant radiologist at the MRC London Institute of Medical Sciences.

- This press release was originally published on the EMBL-EBI website