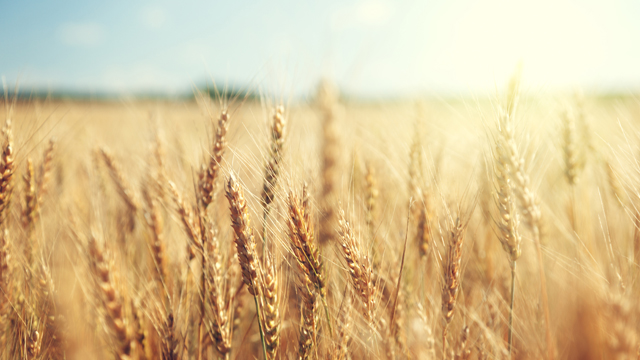 Plant diseases, especially those caused by fungal pathogens, jeopardize global crop biosecurity and preventing them requires rapid detection and identification of causal agents. Traditional methods for crop disease diagnosis rely on the expertise of pathologists who can identify diseases by eye, but this approach comes with many limitations, including the reliance on physical appearance of disease symptoms.

Also of note, this traditional method does not allow for the rapid identification of unknown pathogens during an outbreak. This limitation was made obvious recently in Bangladesh, when wheat crops were devastated by an invasion of South American races of wheat blast fungus.

As wheat is one of the world's most important crops, a group of Australia-based scientists wanted to address this limitation by developing a new method for analyzing pathogen DNA in wheat leaf samples. Using a portable DNA sequencer, they were able to achieve early-stage and broad-range detection of pathogens in wheat—and they were also able to characterize all organisms in the wheat and confirmed the presence of an unexpected diseases not previously diagnosed by pathologists.

According to the scientists behind this research, "A combination of on-site and centralized sequencing approaches would, in future, revolutionize management of agricultural biosecurity and reduce crop loss." Additionally, these methods can be incorporated into routine field diseases monitoring and biosecurity monitoring at national borders to save time and money and prevent another devastating outbreak like the one seen in Bangladesh.

This research, discussed in the open access article "Pathogen Detection and Microbiome Analysis of Infected Wheat Using a Portable DNA Sequencer," also explores the way this new strategy can identify diseases-inhibiting microbes for use in environmentally friendly control of diseases. This research was made available online in May 2019 ahead of final publication in the June issue of the fully open access Phytobiomes Journal.