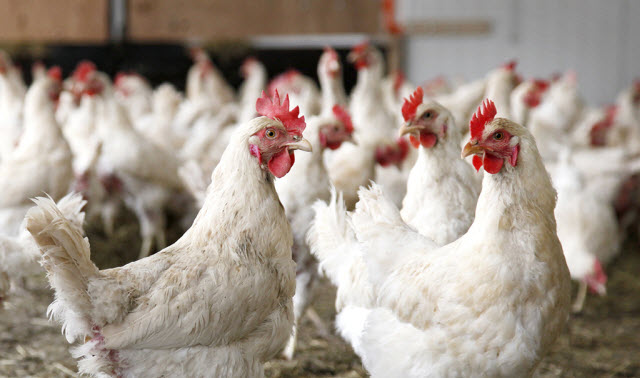 A Michigan State University research team is the first to show how a common bacterium found in improperly cooked chicken causes Guillain-Barre Syndrome, or GBS.

The federally funded research, now published in the Journal of Autoimmunity, not only demonstrates how this foodborne bacterium, known as Campylobacter jejuni, triggers GBS, but offers new information for a cure. 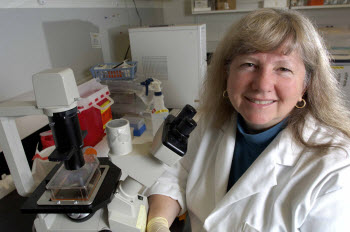 Linda Mansfield, a microbiologist with the College of Veterinary Medicine, has discovered how a food-borne bacterium triggers GBS.Photo credit: G.L. Kohuth“What our work has told us is that it takes a certain genetic makeup combined with a certain Campylobacter strain to cause this disease,” said Linda Mansfield, lead author and MSU College of Veterinary Medicine professor. “The concerning thing is that many of these strains are resistant to antibiotics and our work shows that treatment with some antibiotics could actually make the disease worse.”

GBS is the world’s leading cause of acute neuromuscular paralysis in humans and despite much speculation, the exact mechanisms of how this autoimmune disease develops have been widely unknown.

“We have successfully produced three preclinical models of GBS that represent two different forms of the syndrome seen in humans,” Mansfield said. “Our models now provide a unique opportunity to understand how your personal genetic type may make you more susceptible to certain forms of GBS.”

Another area of concern more recently among scientists is related to an increase of the disease due to the Zika virus. Mansfield said there are many other bacteria and viruses associated with GBS and her models and data could be useful in studying these suspected causes, as well as finding better treatment and prevention options.

Despite the severity of GBS, treatments have been very limited and fail in many cases. In fact, the use of certain antibiotics in Mansfield’s study aggravated neurological signs, lesions, and the number of immune antibodies that can mistakenly attack a patient’s own organs and tissues.

“These models hold great potential for discovery of new treatments for this paralysis,” Mansfield said. “Many patients with GBS are critically ill and they can’t participate in clinical trials. The models we identified can help solve this.”

Those suffering from GBS can initially experience vomiting and diarrhea, but can often write the symptoms off as eating bad food. One to three weeks later, they can begin to develop weakness and tingling in the feet and legs. Gradually, paralysis can spread to the upper body and arms, and even a respirator may be needed for breathing.

Mansfield now wants to move forward quickly to test drugs against GBS in her models.

“Of course new treatments would be wonderful,” she said, “but therapeutics to prevent GBS from developing in the first place would be the best strategy so that people don’t have to suffer with paralysis.”

Campylobacter jejuni infects more than a million people yearly in the United States and is also known to trigger other autoimmune disorders such as Inflammatory Bowel Disease and Reiter’s arthritis.