These are novel rhodamine dyes synthesized in the Lavis Lab fluorescing under UV illumination.Photo credit: Jonathan B. Grimm

With a new technique to craft a spectrum of glowing dyes, chemists are no longer chasing rainbows.

The work offers scientists a way to adjust the properties of existing dyes deliberately, making them bolder, brighter, and more cell-permeable too. Such an expanded palette of dyes could help researchers better illuminate the inner workings of cells, says study leader Luke Lavis, a group leader at the Howard Hughes Medical Institute's Janelia Research Campus in Ashburn, Virginia. His team lit up cell nuclei, made larval fruit fly brains shine, and highlighted visual cortex neurons in mice that had tiny glass windows fitted into their skulls.

Scientists used to concoct different dyes mostly by trial and error, Lavis says. "Now, we've figured out the rules, and we can make almost any color." His team's method could allow chemists to synthesize hundreds of different colors.

Until about 20 years ago, scientists relied on chemical fluorescent dyes to make biological molecules visible. For peeking inside cells, staining organelles, and other imaging experiments, "chemistry was king," Lavis wrote in a July 13, 2017 perspective in the journal Biochemistry. And then, the king was kicked off the throne—by a glowing green jellyfish protein called GFP.

In 1994, scientists reported the use of a genetic trick to tack GFP, the green fluorescent protein, onto other cellular proteins; it's like forcing the proteins to hold a glow stick. That trick gave researchers a simpler way to trace proteins' movements under a microscope—without using expensive synthetic dyes. The innovation blazed through the field of biological imaging. In 2007, scientists' mixing of GFP and two other fluorescent proteins let them paint mouse neurons a parade of vivid colors in a technique known as the "Brainbow." A year later, the discovery and development of GFP earned the Nobel Prize in chemistry for three scientists, including the late Roger Tsien, an HHMI investigator.

But GFP has some dark sides too. It's a relatively clunky molecule built out of the limited set of natural amino acids. So GFP isn't always bright enough to reveal what scientists are trying to see.

So researchers turned back to chemistry. Scientists had developed cutting-edge microscopes and new techniques to label cellular contents, Lavis says, but the dyes for marking molecules inside cells were still stuck in the nineteenth century. His team focused on rhodamines, because they're especially bright and cell-permeable—so they easily slip into cells and make them glow. But despite working with rhodamines for more than 100 years, chemists had created only a few dozen colors, and most were similar shades ranging from green to orange.

Until recently, making new rhodamines wasn't easy. Scientists still used techniques from the earliest days of chemistry, boiling chemical ingredients in sulfuric acid. This forces the molecules to link together in what's called a condensation reaction. Mixing in different building blocks can yield new and unusual dyes. But ingredients had to be tough enough to survive the boiling acid bath—which didn't leave a lot of options.

In 2011, Lavis's team developed a new way to tinker with rhodamines' structure, under milder conditions. Using a reaction sparked by the metal palladium, the researchers could skip the acid step and construct dyes with more complicated building blocks than had been used before.

This kinder, gentler approach opened the door to a wide new world of dyes, and Lavis's team dove in. Four years later, they revealed the Janelia Fluor dyes, fluorescent molecules up to 50 times brighter than other dyes, and more stable too. The secret behind the Janelia Fluor dyes is a tiny square-shaped appendage called an azetidine ring—a structure made possible only by Lavis's new chemistry approach.

Scientists can use a variety of strategies to get the bright dye molecules onto the protein they want to study. Then, they can zero in on the lit-up protein, and watch it wiggle around and interact with other molecules - without the usual background fuzziness.

"For us, it was a total revolution in the field of single-molecule imaging," says molecular biologist Xavier Darzacq of the University of California, Berkeley. Before using the Janelia Fluor dyes, the fluorescent-tagged transcription factor proteins his team studied were too dim to capture in crisp images. Researchers had to hold the camera shutter open for 10 milliseconds to collect enough light. That's long enough for proteins to wander, so the image would come out blurry—like a photograph of a squirmy toddler. But the Janelia dyes are bright enough that his team can capture molecules in action in just a millisecond, Darzacq says. Such quick snapshots have allowed his team to do lab experiments he describes as "simply unthinkable a few years ago."

Now, Lavis's group has figured out how to fine-tune their fluorescent dyes, by tweaking rhodamines' structure even further. Rhodamines have a basic four-ringed design with groups of atoms protruding from different parts of the rings. In previous work, the scientists developed strategies for coarse tuning dyes—snip out an entire appendage here, and you can make a green dye. Pop in a silicon atom there, and you've got red. Lavis discovered that by carefully placing just a few new atoms in the dye structure, the color and chemical properties of the dyes could also be fine-tuned, allowing many shades of green from a single scaffold. It's like going from the classic eight pack of crayons to the jumbo box of 64.

In a separate paper, published August 9, 2017 in the journal ACS Central Science, the team described a way to modify the dye structure's bottom ring.

"The key thing is that it's all modular and rational," Lavis says. Select the right atoms, he explains, and chemists can engineer dyes with nearly any property they want.

His group grafted different chemicals onto rhodamines, and then analyzed the new dyes' properties. "No one had ever looked at rhodamines in this kind of systematic way before," says lead coauthor Jonathan Grimm, a senior scientist at Janelia.

The dyes are synthesized in a single step with inexpensive ingredients, Lavis says. That makes the dyes cheaper than commercial alternatives—pennies per vial. The low cost has allowed his team share their work with scientists around the world. Lavis, Grimm, and colleagues have now shipped thousands of vials to hundreds of different labs.

"These dyes are a complete game-changer," says Ethan Garner, a bacterial cell biologist at Harvard University who has used them to trace the path of single molecules in his lab. The one downside had been that scientists didn't have a lot of different colors to choose from. But now, he says, with Lavis's work, "They can actually cover the whole spectral range." 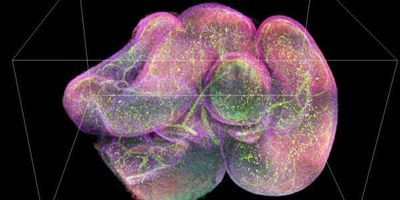 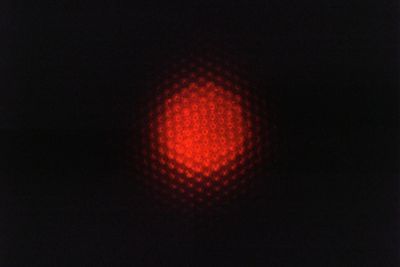 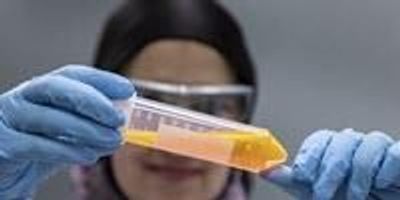 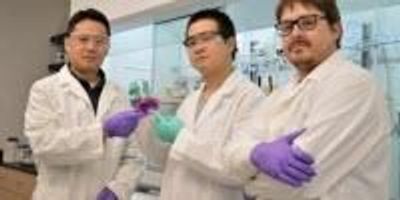 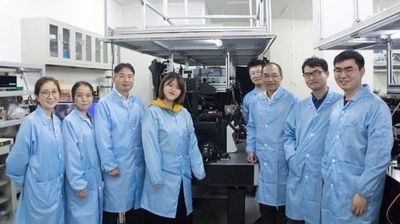