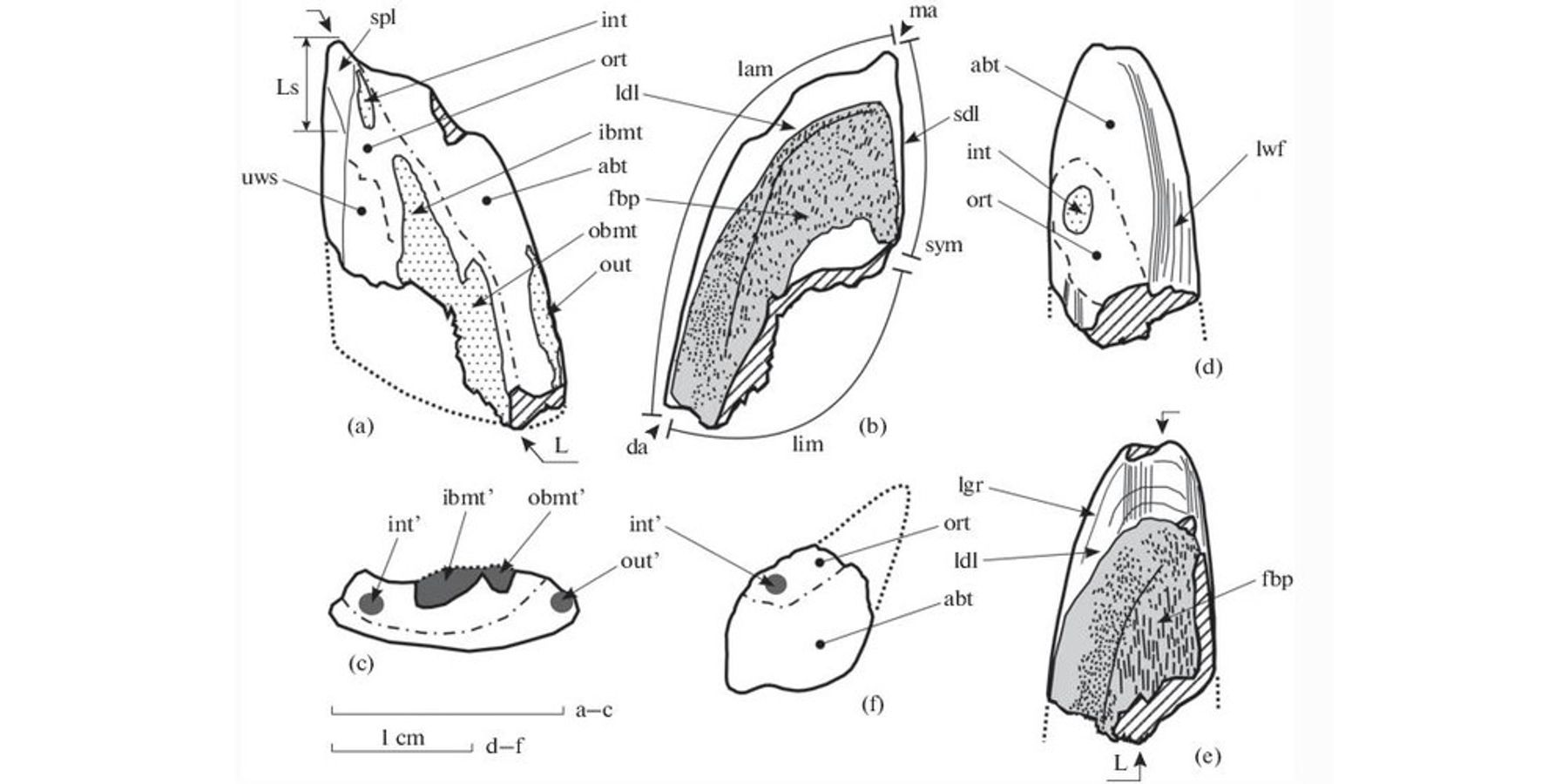 Chimaeroid fish are a small group of cartilaginous fish in terms of the number of species. In their appearance, there are features of different fish, which was the reason for the first scientific name Chimaera monstrosa (“terrible chimera”), given to one of the species by the great Swedish naturalist of the 18th century Karl Linnaeus. This name was assigned to the whole group.

Chimaeroids are found in the seas of the Arctic and Pacific oceans. In ancient times, they were more numerous and varied in the shallow seas covering modern continents. Dental plates and spines of the dorsal fins predominate among the findings. There are similar deposits with the remains of ancient animals in Russia, and in Moscow.

New material on chimeras was collected thanks to the efforts of the Muscovite amateur paleontologist and photographer Kirill Shapovalov, who coauthored the study. As a result, a small collection of eight small dental plates ranging in size from 7 to 27 mm was collected, which served as the basis for a scientific study carried out by Evgeny Popov, a Chimaeroid expert.

“Comparing the obtained material with dental plates of both fossils and modern chimeras made it possible to substantiate the identification of a new genus and species in the family of elephant chimeras (Callorhinchidae), which received the Latin name Moskovirhynchus robustus. The name can be roughly translated as ‘Moscow snout with strong teeth.’ The size of the fish was small—about 50 centimeters,” explains Popov.

The uppermost deposits of the Jurassic system, corresponding in time to the late Jurassic epoch (163–145 million years ago), were found along the banks of the Moskva River in the western part of the city. They were objects of geological excursions back in the late 19th–early 20th centuries. At that time, Moscow was significantly smaller in size, and there were no buildings in these areas. The remains of chimeras here were very rare fossils: the only find discovered in 1912 was described by the Russian paleontologist Bogolyubov. After that, there were no new findings for almost a century.

“Only at the very end of the 20th century, when the territory was already built up, embankments and multi-story buildings appeared, the outcrops of the very top of the Upper Jurassic deposits remained in several natural foci—the so-called Volgian stage (152–145 million years ago). One of these centers was the Kuntsevo-Fili Natural Park, where these deposits could be locally obtained in the streams flowing into the Moskva River,” continues Popov.

The study of the structural features of the dental plates of the M. robustus showed that its dental system is characterized by a mosaic combination of primitive and evolutionarily advanced features, which distinguishes it from the dental system of modern elephant Chimaeroids. The finding of the remains of the M. robustus confirms that elephant Chimaeroids of modern appearance have existed in the central part of Russia since the end of the Jurassic period.