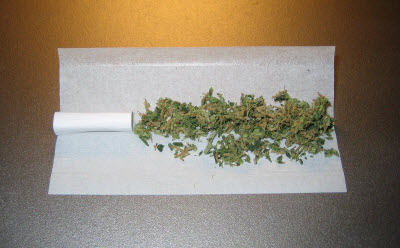 The new policy project will research and estimate the size of both medical and illicit markets for marijuana to assist the state liquor and cannabis board in wisely implementing SB 5052.Photo credit: Wikimedia CommonsA new group at the University of Washington School of Law will spend the 2015-16 academic year studying existing and emerging markets for marijuana, to assist and inform the state as it prepares to blend current medical and recreational markets for cannabis.

It’s called the Cannabis Law and Policy Project, and is overseen by law professor Sean O’Connor and funded by an $185,000 grant through the Washington State Liquor and Cannabis Board.

Senate Bill 5052, signed into law by Washington Gov. Jay Inslee in April, merges the state’s medical cannabis market with the recreational market approved by voters in 2012 via Initiative 502.

“Right now, state agencies, the emerging cannabis industry and the public are looking for trusted, objective sources of research and information,” O’Connor said. The UW’s Alcohol and Drug Abuse Institute has already played a valuable role in such matters, he noted, especially in preventing and treating marijuana abuse.

“But there has not been a law and policy counterpart to the institute with faculty, staff, and students trained in law and regulatory systems, particularly with regard to approaching marijuana as a legal but well-regulated market similar to that for alcohol, dietary supplements or pharmaceuticals,” he said.

“The Cannabis Law and Policy Project was created to fill that gap.”

In this new seminar, students will learn about state and federal laws governing recreational marijuana use, hear from industry leaders and practitioners of cannabis law and assist in the research for the state liquor and cannabis board.

Specifically, O’Connor said, the new policy project will research and estimate the size of both medical and illicit markets for marijuana to assist the state liquor and cannabis board in wisely implementing SB 5052. The group also will summarize the science literature on marijuana for the board with input from around campus, O’Connor said, in order to suggest objective criteria to the board to use in reviewing applicants for marijuana vending licenses.

The funding will pay for faculty and staff time for the Cannabis Law and Policy Project as well as some student work, though June 2016. Students in the seminar will receive academic credit, but may also be hired by the project, under the grant, for administrative and research assistance, O’Connor said.

The policy project’s aim is to submit a preliminary report on the state’s marijuana markets to the Washington State Liquor and Cannabis Board by November, and a full report early in 2016, with additions and refinements though the rest of the year.

Though the group is just starting its work, O’Connor said, “We have been thrilled at the positive response we have received from the different parts of the cannabis ecosystem.”