ARLINGTON HEIGHTS  – The wait is over for parents who’ve been wanting to know how and when to introduce peanut-containing foods to their infants to prevent peanut allergy. New, updated guidelines from the National Institute of Allergy and Infectious Diseases (NIAID), published Jan. 5, define high, moderate, and low-risk infants for developing peanut allergy, and how to proceed with introduction based on risk. 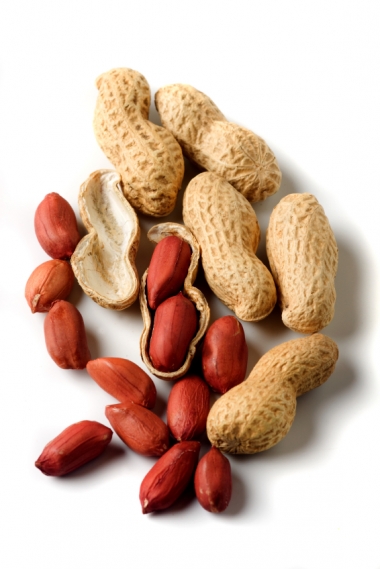 Image courtesy of the American College of Allergy, Asthma and Immunology“This update to the peanut guidelines offers a lot of promise,” says allergist Stephen Tilles, MD, president of the American College of Allergy, Asthma and Immunology (ACAAI). “Peanut allergy has literally become an epidemic in recent years, and now we have a clear roadmap to prevent many new cases moving forward. The Learning Early About Peanut allergy (LEAP) study, the study that paved the way for the updated guidelines, has had a dramatic impact on day-to-day patient care. In fact, during my career as an allergist I cannot think of a single publication with more of an impact.”

According to the new guidelines, an infant at high risk of developing peanut allergy is one with severe eczema and/or egg allergy. The guidelines recommend introduction of peanut-containing foods as early as four to six months for high-risk infants who have already started solid foods, after determining that it is safe to do so.

“If your child is determined to be high risk, the new guidelines recommend evaluation by an allergy specialist, which may involve peanut allergy testing, followed by trying peanut for the first time in the specialist’s office,” says allergist Matthew Greenhawt, MD, MBA, MSc, ACAAI Food Allergy Committee chair, and a co-author of the guidelines. “If a child is tested and found to have peanut sensitization, meaning they have a positive allergy test to peanut, from that positive test alone we still don’t know if they’re truly allergic. Peanut allergy is only diagnosed if there is both a positive test and a history of developing symptoms after eating peanut-containing foods.”

Related Article: A New Approach to Treating Peanut and Other Food Allergies

A positive test alone is a poor indicator of allergy, and studies have shown infants who have a peanut sensitivity aren’t necessarily allergic. “In fact in the LEAP study, infants sensitized to peanuts showed the most benefit from early introduction of peanut-containing foods,” says Dr. Greenhawt. The updated guidelines recommend that Infants with a positive peanut skin test have peanut fed to them the first time in the specialist’s office. Some infants may have a large reaction to the skin test (8 mm or larger) which could indicate they are already peanut allergic.  “An allergist may decide not to have the child try peanut at all if they have a very large reaction to the skin test. Instead, they might advise that the child avoid peanuts completely due to the strong chance of a pre-existing peanut allergy. Other allergists may still proceed with a peanut challenge after explaining the risks and benefits to the parents.”

Moderate risk children—those with mild to moderate eczema who have already started solid foods—do not need an evaluation. These infants can have peanut-containing foods introduced at home by their parents starting around six months of age. Parents can always consult with their primary health care provider if they have questions on how to proceed. Low risk children with no eczema or egg allergy can be introduced to peanut-containing foods according to the family’s preference, also around six months.

“The guidelines are an important step toward changing how people view food allergy prevention, particularly for peanut allergy,” says Dr. Tilles. “They offer a way for parents to introduce peanut-containing foods to reduce the risk of developing peanut allergy.”

The guidelines are simultaneously being published in Annals of Allergy, Asthma and Immunology, the ACAAI’s scientific publication, and several other scientific journals.

To learn more, watch “Peanuts and your baby: How to introduce the two.”