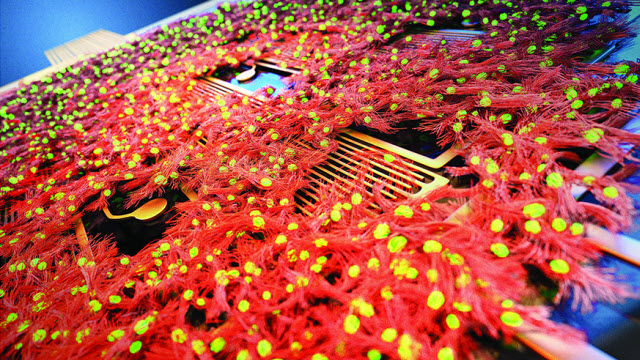 Through “heart-on-a-chip” technology—modeling a human heart on an engineered chip and measuring the effects of compound exposure using microelectrodes—Lawrence Livermore researchers hope to ensure potentially lifesaving new drugs are safe and effective while reducing the need for human and animal testing.Image credit: Ryan Chen/LLNL

Prescription drugs have enabled millions of Americans with chronic medical conditions to live longer and more fulfilling lives, but many promising new drugs never make it to the human trials stage due to the potential for cardiac toxicity.

Through "heart-on-a-chip" technology—modeling a human heart on an engineered chip and measuring the effects of compound exposure on functions of heart tissue using microelectrodes—Lawrence Livermore National Laboratory (LLNL) researchers hope to decrease the time needed for new drug trials and ensure potentially lifesaving drugs are safe and effective while reducing the need for human and animal testing. The research is part of the Lab's iCHIP (in-vitro Chip-Based Human Investigational Platform) project, which replicates human systems on engineered platforms to test the effects of toxic chemical and biological compounds.

The research, published online on April 18 in the journal Lab on a Chip, describes the successful recording of both electrical signals and cellular beating from normal human heart cells grown on a multi-electrode array developed at LLNL. It is the first design, according to the researchers, capable of simultaneously mapping both the electrophysiology and contraction frequency of the cells.

"This platform allows you to do high-throughput screening of pharmaceutical drugs and predict their effects on the heart," said iCHIP principal investigator Elizabeth Wheeler. "This research allows us to measure two functions of the heart, contraction and electrophysiology, for the first time. There's still validation and data we need, but eventually it would allow us to reduce the need for animal testing." 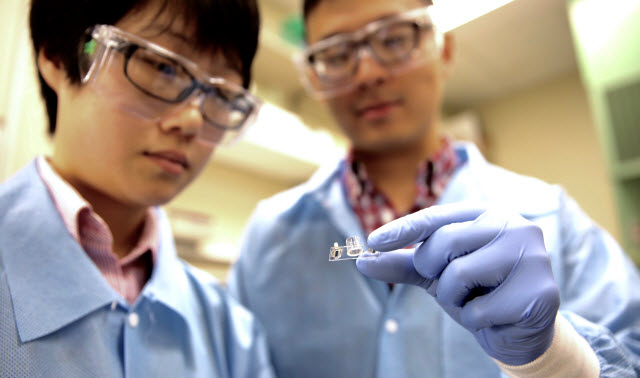 Researchers said the ability to record those two functions would be useful to pharmaceutical companies because it could alert drug manufacturers to cardiac problems caused by a drug early in the process before reaching the clinical trial stage. Cardiotoxicity is a frequent side effect of many new drugs and often contributes to their ultimate failure. Other frequently prescribed drugs, such as chemotherapy agents, also are known to be cardiotoxic. Research using the heart chip could provide experimental information about how the drugs work so that new compounds can be designed to avoid these pitfalls.

"Heart problems can be caused for a lot of different reasons," said LLNL researcher Fang Qian, the paper's lead author. "It could be due to abnormal electrical signal conduction throughout the heart (such as arrhythmia), or weakened contraction force of heart muscles (like cardiomyopathy), or both. A platform that only reads out a single function cannot tell us exactly what is wrong."

The "heart-on-a-chip," which builds off previous successful iCHIP research on the peripheral and central nervous systems, involves the use of human cardiac cells cultured for up to nine days on the engineered chip. Amazingly, these cells naturally and spontaneously grow into a two-dimensional heart tissue that contracts or starts to "beat" after two days in culture. The tissue was exposed to norepinephrine, a stimulant drug used to treat low blood pressure and heart failure, and both the electrical signal and the beating increased in the cells, similar to what would happen in the body. 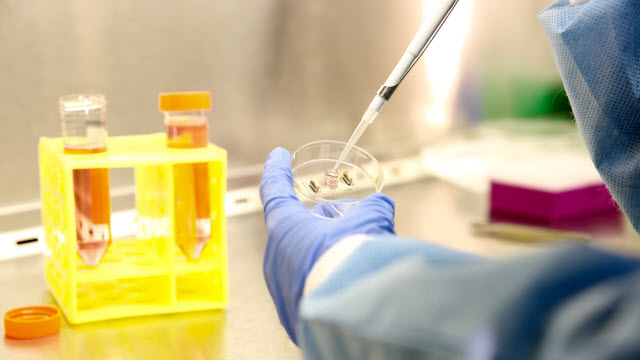 The 'heart-on-a-chip,' which builds off previous iCHIP research on the peripheral and central nervous systems, uses human cardiac cells cultured for up to nine days on the engineered chip. These cells spontaneously grow into a two-dimensional tissue that contracts or starts to "beat" after two days.Photo credit: Kate Hunts/LLNL

The change in "heart rate" was measured using the highly sensitive electrodes in the microelectrode array. The researchers concluded the platform could accurately and non-invasively measure heart tissue growth, electrophysiology and heartbeat simultaneously and in real-time.

"The real strength of the platform is being able to measure both the electrical and mechanical aspects of the heart at the same time," said LLNL researcher Kris Kulp. "One of the chemicals that we used to validate the platform actually decouples the electrical signal from the cell beating. When the cells were exposed to this compound, the electrical signals continued normally, but the cells stopped contracting. To successfully develop new drugs, we need to know the full spectrum of effects that they can have on cell function."

The most challenging part of growing the cells, according to LLNL post-doctoral researcher Chao Huang, was looking at different cell seeding densities to find one that would stay alive long enough, and could measurably contract and respond similarly to what would be expected in humans. LLNL researcher Anna Ivanovskaya, who worked on the circuit modeling and engineering, said choosing the right geometry for the chip also was difficult because the layout influences the electrical signal. Ivanovskaya said she and the team tested four different modifications of the electrode array before settling on the right one.

LLNL scientists believe with validation, a reliable heart-on-a-chip platform could be used to overcome some of the limitations of new drug testing, and provide a comprehensive assessment of heart functioning in medical countermeasure and drug development. They caution, however, that more testing is needed.

"With high-throughput, high-content screening you could test many drugs at the same time and get a lot of data at once," Qian said. "It's staggering how much money and time is involved in getting drugs to the market. This could speed up the process."