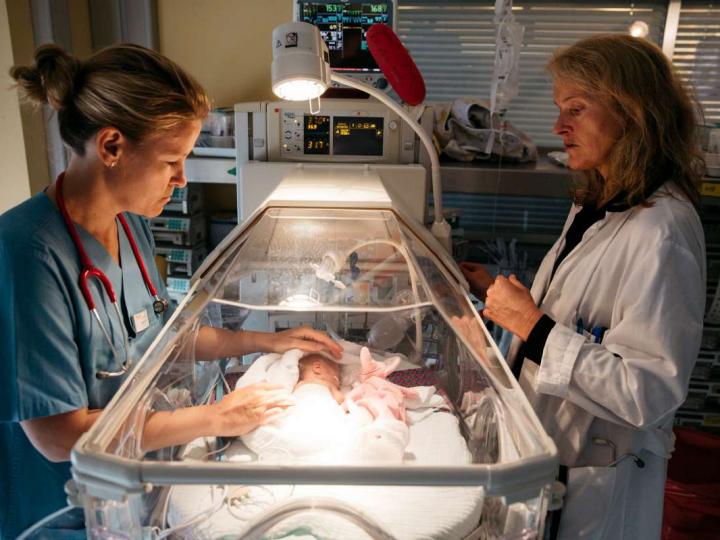 Breast milk strengthens a child's immune system, supporting the intestinal flora. These facts are common knowledge. But how does this work? What are the molecular mechanisms behind this phenomenon? And why is this not possible the same way with bottle feeding? The reasons were unknown until a team from the RESIST Cluster of Excellence at Hannover Medical School (MHH) recently discovered how alarmins are that mechanism in a project involving the University of Bonn. The results have been pre-published online in the medical journal Gastroenterology. The paper will soon be appearing in print.

The post-natal intestinal immune system, i.e. intestinal flora and mucosa, mature through interaction with bacteria in the environment. This gives rise to optimal bacteria diversity which lasts a lifetime, affording protection against many diseases. "Alarmins control this adaptation process," explains Professor Viemann, whose research has revealed that these peptides and proteins both derive from breast milk and arise in the child's intestinal tract. The process of labor plays a role in this, as infants born via planned C-section exhibit lower levels of alarmins than vaginally-born infants. Additionally, premature infants are less capable of producing alarmins themselves than full-term infants. Such individuals are thus more prone to suffering from chronic inflammatory diseases.

For this research work, supported in part by the Volkswagen Foundation as part of the "Off the Beaten Track" initiative and by the RESIST Cluster of Excellence, the team measured alarmin concentration in infant stool samples in the first year of life to study the effect thereof on the development of the intestinal flora and mucosa.

"Supplementation with these proteins could support the development of newborns which do not produce enough alarmins or get enough in breast milk. That could prevent a range of long-term conditions linked to intestinal colonization disorders, such as chronic intestinal inflammation and obesity," says Professor Viemann. This statement is supported by the observation, among others, that a single administration of alarmins in the mouse model affords protection against poor colonization and associated diseases. Now building upon their findings, the RESIST researchers are planning further preclinical work, as well as clinical study at a later stage.

The lead authors are Maike Willers of the MHH and Dr. Thomas Ulas of the University of Bonn. "Our contribution was performing all bioinformatic preprocessing and analysis of the genetic data of the totality of all microorganisms derived from infant stool samples, which gave information about the composition of and possible imbalances in the intestinal flora," said Dr. Ulas of the LIMES Institute ("LIfe and MEdical Sciences") at the University of Bonn. Mathematical modeling, he explained, was crucial in enabling the scientists to demonstrate that alarmins significantly impact the development of the intestinal flora.

RESIST: Research to Help the Weakest Among Us

The RESIST (Resolving Infection Susceptibility) Cluster of Excellence led by the MHH is comprised of roughly 45 research teams whose work is focused on a common goal: to better protect those highly susceptible to infection, such as newborn infants. RESIST members include hospital physicians who are highly familiar with the situation of patients and fundamental research scientists who study pathogens and their interaction with the immune system in all possible detail. There are six RESIST partner institutions and the organization's spokesperson is Prof. Dr. Thomas Schulz, Director of the MHH Institute of Virology. RESIST receives funding from the German Research Foundation (DFG). Further information about RESIST is available online at: http://www.RESIST-cluster.de