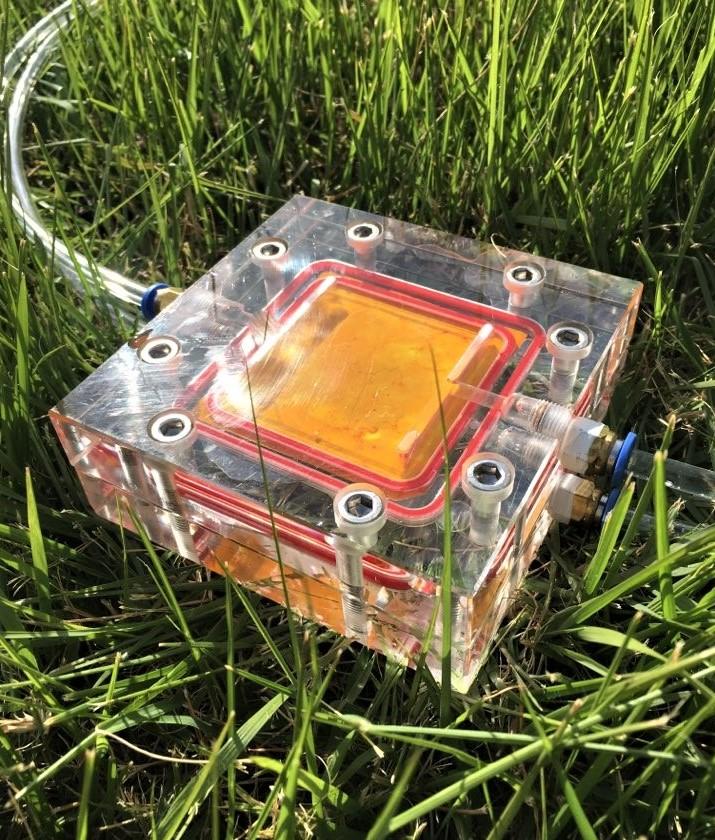 The hydrophilic photocatalytic membrane showed excellent antimicrobial activity under visible light and the anti-biofouling property enabled a complete flux recovery of the membrane in repeated cycles.
Korea Institute of Science and Technology (KIST)

Membrane technology is widely used in various water treatment processes such as water desalination, sewage treatment, and advanced water treatment for producing clean tap water. The membrane filtration technology is a method that can significantly improve water quality and has been suggested as an alternative that can radically prevent larvae in the tap water that has become a widespread issue in Korea recently. However, the current membrane technology suffers from a rapid performance reduction due to the accumulation of bacterial adhesion on the membrane surface and the growth of microbial cells, leading to high maintenance costs.

The Korea Institute of Science and Technology (KIST) reported that the research team led by Dr. Jeehye Byun and director Seok Won Hong from the Water Cycle Research Center developed a membrane material that self-cleans biological contaminants through irradiation of sunlight. According to the team, the newly-developed membrane material is expected to significantly reduce the cost of membrane management as the membrane can be reused after just 10 minutes of sunlight irradiation.

Water treatment membranes require periodic cleaning as the contaminants are accumulated on the membrane surface after water filtration. Currently, used membranes need to be cleaned with harsh chemicals for more than six hours at least once a week, which results in fairly high operating costs and damages the membranes due to the chemicals.

As a way to address these issues, the researchers at KIST firmly conjugated a visible-light-responsive photocatalyst to the water treatment membrane surface. This surface-modified photocatalytic membrane can fully decompose contaminants accumulated on the surface when irradiated with visible light, thereby easily cleaning the membrane. In particular, it displayed outstanding performance by removing 99.9 percent of bacteria—such as Escherichia coli and Staphylococcus aureus, and viruses, such as MS2 bacteriophage—accumulated on the membrane surface in less than an hour of light treatment. According to the team, the developed membrane can treat not only microbial cells but also organic contaminants such as dye solutions and heavy metals. Further, it showed the advantage of maintaining performance even after repeating the tests more than 10 times.

- This press release was provided by Korea's National Research Council of Science & Technology. It has been edited for style