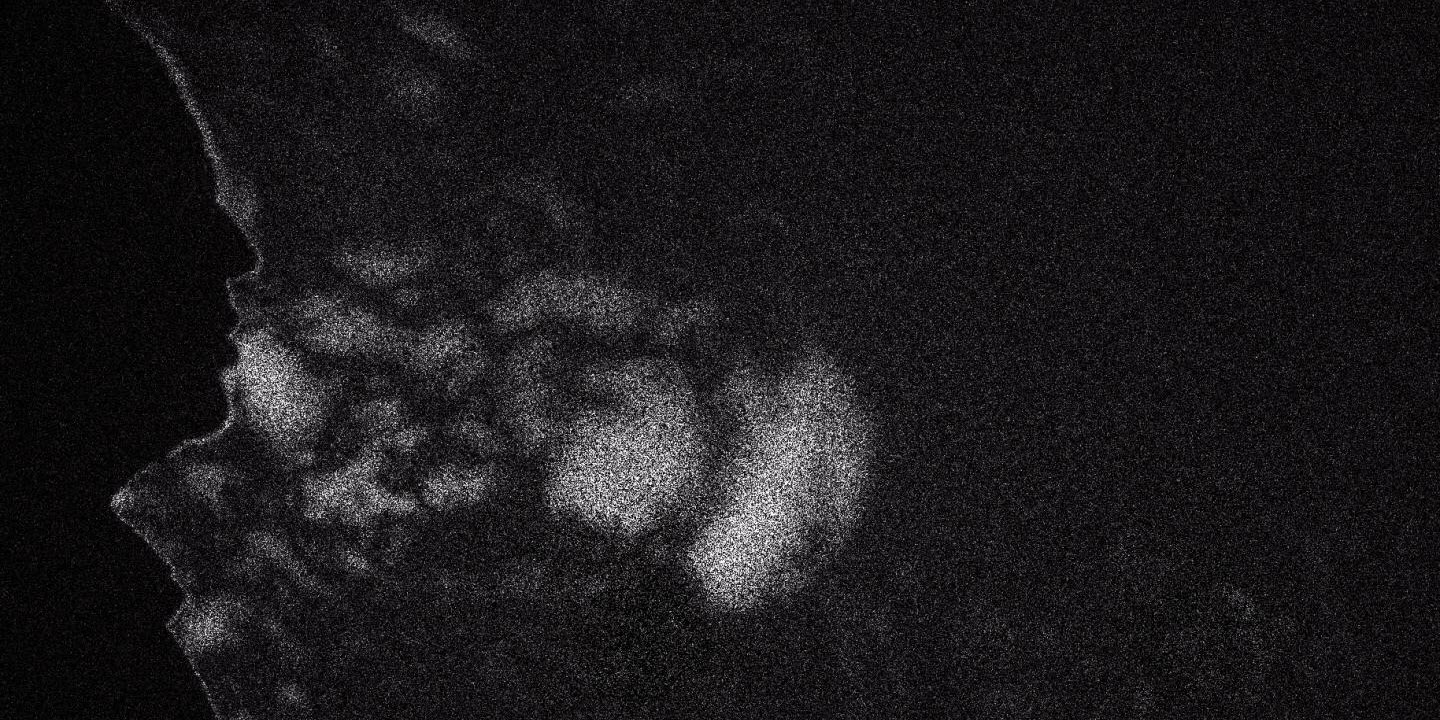 The new imaging technique has been used to capture the exhaled breath of a person speaking. This is a demonstration of the published imaging technique that is being further investigated. The imaging shows only the temperature change associated with exhaled breath, which does not necessarily reflect the movement of viral particles contained in the breath.
Thomas Moore, Rollins College

WASHINGTON, DC — A new method for visualizing breath that is exhaled while someone is speaking or singing could provide important new insights into how diseases such as COVID-19 spread and the effectiveness of face masks.

"Scientists believe the SARS-CoV-2 virus is primarily spread through respiratory droplets that can be carried in the breath or expelled through coughing or sneezing," said Thomas Moore from Rollins College, who performed the research. "But it is also transmitted by airborne aerosols, which are small particles that remain in the air longer than the larger droplets. The system I developed provides a way to estimate how far the breath travels before being dispersed into the surrounding air and can provide visual evidence that masks significantly limit the distance the breath travels in the air."

In The Optical Society (OSA) journal Applied Optics, Moore describes how he used a variation of electronic speckle pattern interferometry to image temperature differences between exhaled breath and the surrounding air. The new technique can also be used to study the details of how breath flows from the mouth while speaking or singing, which could be useful for music instruction and speech therapy.

From musical instruments to people

Moore originally developed the imaging technology to study the flow of air through musical instruments such as organ pipes. "In response to the COVID-19 pandemic, I began imaging the breath of people speaking and singing," he said. "I realized that by scaling up my existing system, I could likely determine how far the breath extends and how effective masks may be in limiting the extent of the breath."

"I used a variation of electronic speckle pattern interferometry, which has been used for many years to study the vibrational patterns of solid objects," said Moore. "The innovation was to change the system in such a way that it can be used to image transparent things, such as the breath, instead of solid vibrating objects."

The imaging system uses the fact that the speed of light will change depending on the temperature of air it passes through. Because the breath is warmer than the surrounding air, the light transmitted through the breath arrives at the camera slightly sooner than light that did not pass through it. This slight difference in the speed of light can be used to create images of exhaled breath.

Moore tested the new system by imaging the breath of two professional vocalists singing and a professional musician playing a flute, one of the few instruments where the musician blows directly into the surrounding air. "The work with the musicians immediately confirmed that the system worked well and could be used to study a variety of problems," he said.

Moore is currently using the method to study how effective masks are at reducing the distance that exhaled aerosols travel. He is especially interested studying singing because research indicates that more aerosol is exhaled while singing or speaking loudly than when speaking normally. He is also working to make the system more stable against vibrations and to further increase the size of the system to image larger areas.

Moore says that the technique has already revealed new information that may affect how we approach distancing and masking requirements, especially when outdoors. He expects to submit these results for publication soon.

"The pandemic has caused an economic catastrophe for many musicians, and any information we can give them that will help them get back to work is important," said Moore. "We have had a lot of interest from the musical community, and I expect the health care community will also be interested once we begin to publish our results."

- This press release was originally published on the OSA website. It has been edited for style