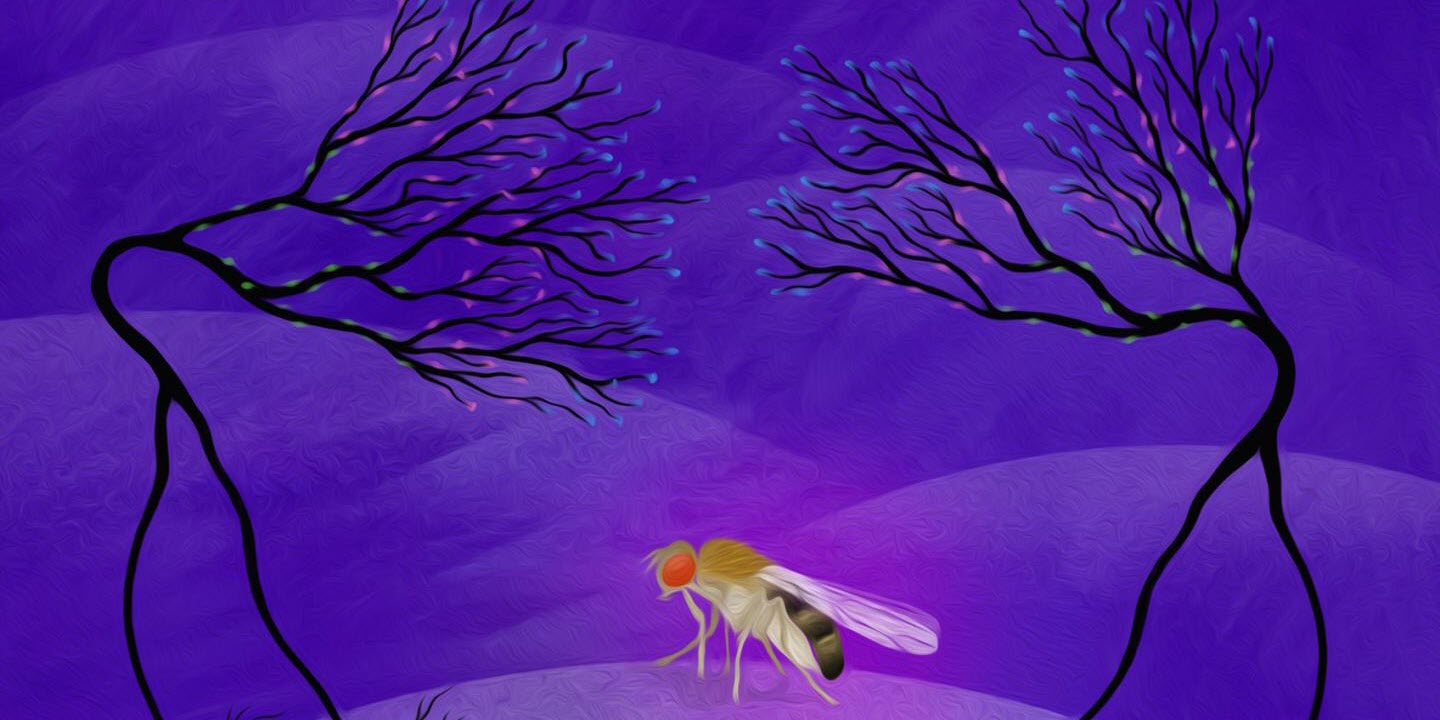 A new method to label proteins in the fruit fly shows the receptors and their position within neurons of the visual system.
MPI of Neurobiology/ Kuhl

Where in a nerve cell is a certain receptor protein located? Without an answer to this question, it is difficult to draw firm conclusions about the function of this protein. Two scientists at the Max Planck Institute of Neurobiology developed a method in the fruit fly that marks receptor proteins in selected cells. In this way, they gained new insights into the neuronal mechanisms of motion vision. In addition, the research community receives an innovative tool to label proteins of all kinds.

One of the most fundamental questions in neurobiology is how sensory inputs are processed within the neuronal circuits of the brain. Thereby, it is not only important to understand which neurons are connected via synapses, but also how they communicate with each other. Receptors play a decisive role in this process.

These special proteins sit in the membrane envelope of neurons and specifically at synapses, where they receive incoming signals from other cells. Depending on receptor type and position, they determine how the cells react to incoming information: are they activated or inhibited, and how quickly does this happen? To understand a neural network in its entirety, it is therefore essential to study receptors and their distribution in neurons. However, this is not an easy task.

Some established methods provide little or no information about the distribution of proteins. Other techniques allow the labeling of receptors artificially introduced into cells, but not of naturally occurring ones. Therefore, the PhD students Sandra Fendl and Renee Vieira from Alexander Borst's department used the genetic resources available in the fruit fly Drosophila and developed a method to label proteins. 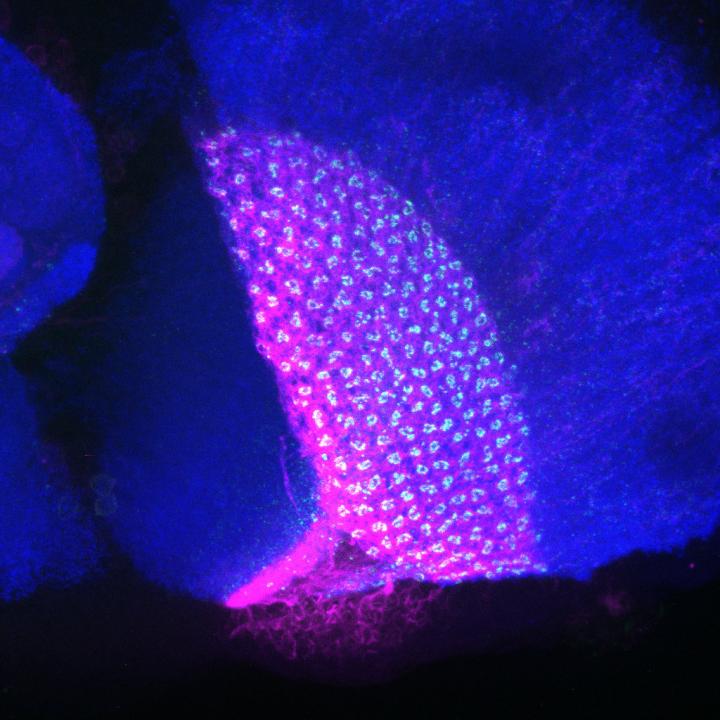 With the new technique, endogenous receptors are labeled with the green fluorescent protein—and only in selected cells. The latter is essential for assigning the labeled receptors within the dense neuronal network to those cells that are of particular interest.

Using this method, the scientists analyzed receptors in neurons that process movements in the visual system of the fruit fly. They found that different receptors are not randomly arranged along neurons. Even within a dendrite, the part of a neuron that receives incoming signals, receptor proteins are distributed in a very characteristic way.

With a precision of a few micrometers, the study shows, which synapse meets which receptor along the dendrite. Now predictions can be made about the properties of individual nerve cell connections. This adds another important puzzle piece towards a comprehensive picture of the neuronal circuits in the visual system of the fruit fly.

But that's not all: the new tool can be easily extended to thousand other proteins as well. In the future, countless proteins can be labeled and examined in selected cells—and this goes clearly beyond the specific neurobiological question of fly motion vision.