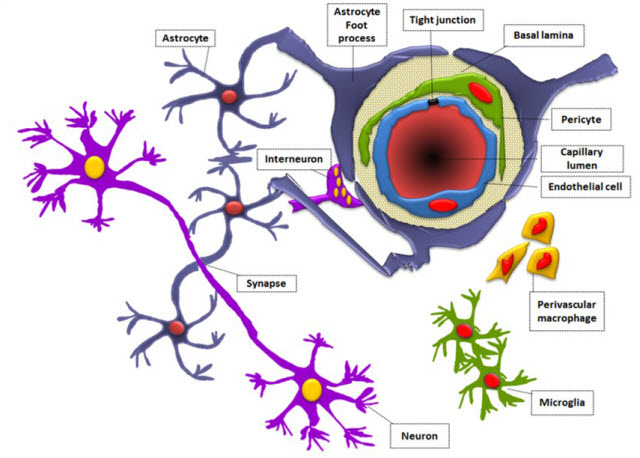 Scientists have helped provide a way to better understand how to enable drugs to enter the brain and how cancer cells make it past the blood brain barrier.

The brain is protected by the near-impermeable blood brain barrier, a fortress which protects the brain but which also prevents the treatment of brain diseases, including brain tumors.

Dr. Zaynah Maherally and team at the University of Portsmouth have developed a model that mimics the blood brain barrier, which could pave the way for better, more efficient, and reliable tests of drugs to treat brain diseases.

The model, the result of slow painstaking research started in 2007, is published in the FASEB Journal.

Dr. Maherally said: “The blood brain barrier is strikingly complex and notoriously difficult for scientists to breach. Its role, to protect the brain, makes it difficult for most drugs to make their way into the brain to treat brain tumors.

“It is a dynamic structural, physiological and biochemical fortification that, in essence, protects the brain by providing multiple layers of armor, stopping molecules from entering the brain. It’s highly selective in what it allows past.

In a person with a brain disease like a brain tumor, or other neurological conditions such as Parkinson’s disease, dementia, or head injuries, the strikingly complex defence works against medics and scientists trying to deliver what could be life-saving or life-prolonging treatments.”

A common way medics currently gain access to the brain is by using a pump to deliver drugs into the brain using a catheter, bypassing the blood brain barrier.

Many researchers use non-human animal cells to build blood brain barrier models with which to explore brain cancer and deliver drugs to the brain.

Animal models have been relied upon until now as there wasn’t a reliable alternative and accessing human tissue for research can be difficult.

Professor Geoff Pilkington, who leads the research group at Portsmouth, is delighted at the progress that’s been made in modelling the blood brain barrier, a holy grail in the study of brain diseases.

He said: “This is the first real, 3D, all-human blood brain barrier model and it’s hugely significant in our field.”

Research will now widen, he said, to better understand how cancers metastasize from breast and lung to the brain as well as evaluating nano-particle drug delivery and making opportunities to create temporary openings in the barrier to allow drugs to pass through into the brain.

Dr. Maherally said: “It’s taken several years to get to this stage and we believe this model will significantly reduce the number of animals used in such studies and reduce the time it takes to get a promising therapeutic into clinical trials.”

The research was funded by Animal Free Research UK, previously known as Dr Hadwen Trust, and is supported by the charity Brain Tumour Research.