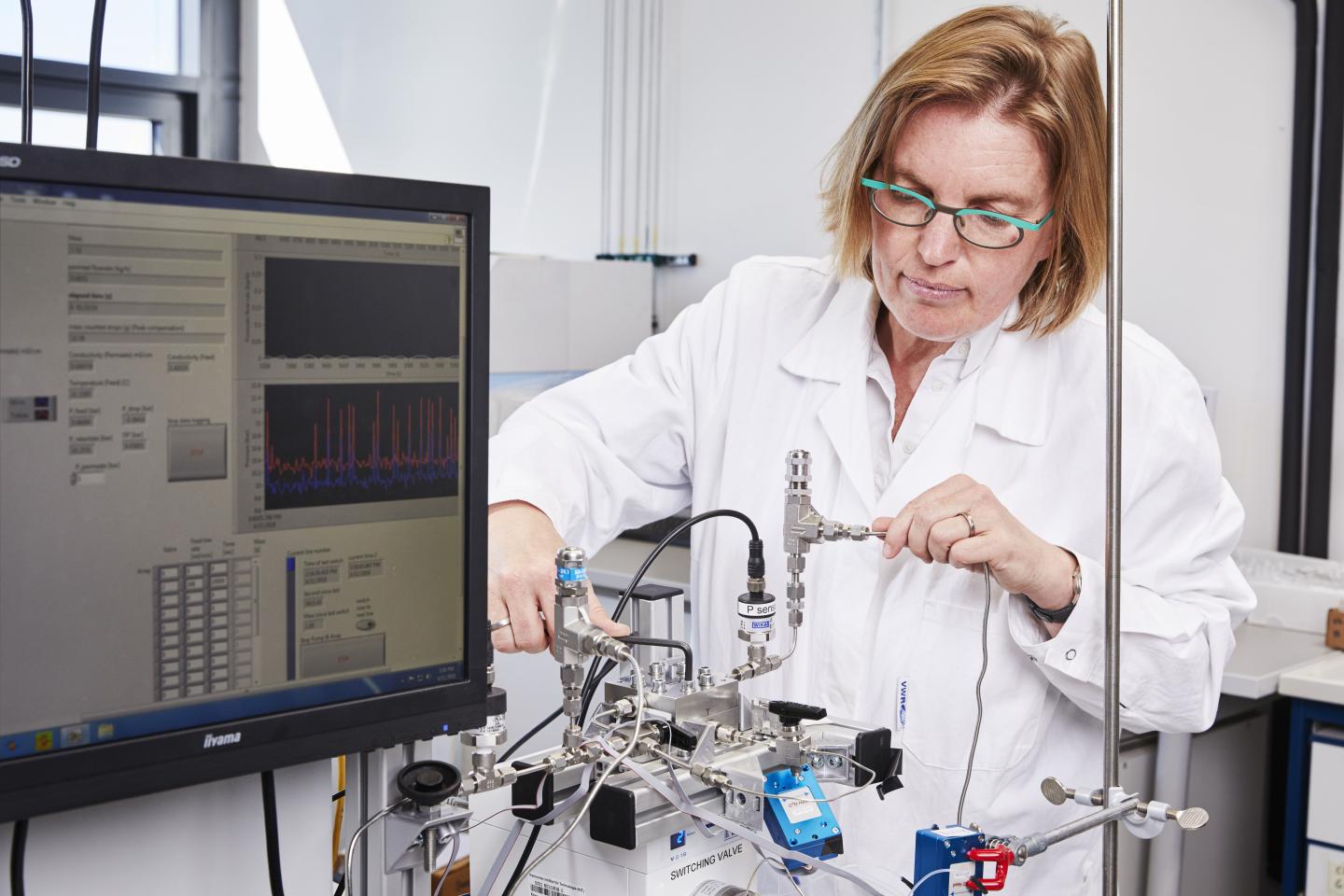 Micropollutants contaminate water worldwide. Among them are steroid hormones that cannot be eliminated efficiently by conventional processes. Researchers of Karlsruhe Institute of Technology (KIT) have now developed an innovative filtration system that combines a polymer membrane with activated carbon. As the size of the carbon particles is very small, it is possible to reach the reference value of 1 nanogram estradiol—the most physiologically effective estrogen—per liter drinking water proposed by the European Commission. The improved method is reported in Water Research (DOI: 10.1016/j.watres.2020.116249).

Supplying people with clean water is one of the biggest challenges of the 21st century worldwide. Often, drinking water is contaminated with micropollutants. Among them are steroid hormones that are used as medical substances and contraceptives. Their concentration in one liter water, into which treated wastewater is fed, may be a few nanograms only, but this small amount may already damage human health and affect the environment. Due to the low concentration and small size of the molecules, steroid hormones not only are difficult to detect, but also difficult to remove. Conventional sewage treatment technologies are not sufficient.

Reference Value of the European Commission Is Reached

Professor Andrea Iris Schäfer, head of KIT's Institute for Advanced Membrane Technology (IAMT) and her team have now developed an innovative method for the quick and energy-efficient elimination of steroid hormones from wastewater. Their technology combines a polymer membrane with activated carbon. "First, water is pressed through a semipermeable membrane that eliminates larger impurities and microorganisms," Schäfer explains. "Then, water flows through the layer of carbon particles behind, which bind the hormone molecules." At IAMT, researchers have further developed and improved this process together with filter manufacturer Blücher GmbH, Erkrath. Colleagues at KIT's Institute of Functional Interfaces (IFG), Institute for Applied Materials (IAM), and the Karlsruhe Nano Micro Facility (KNMF) supported this further development by characterizing the material. This is reported by the scientists in Water Research. "Our technology allows to reach the reference value of 1 nanogram estradiol per liter drinking water proposed by the European Commission," the professor of water process engineering says. 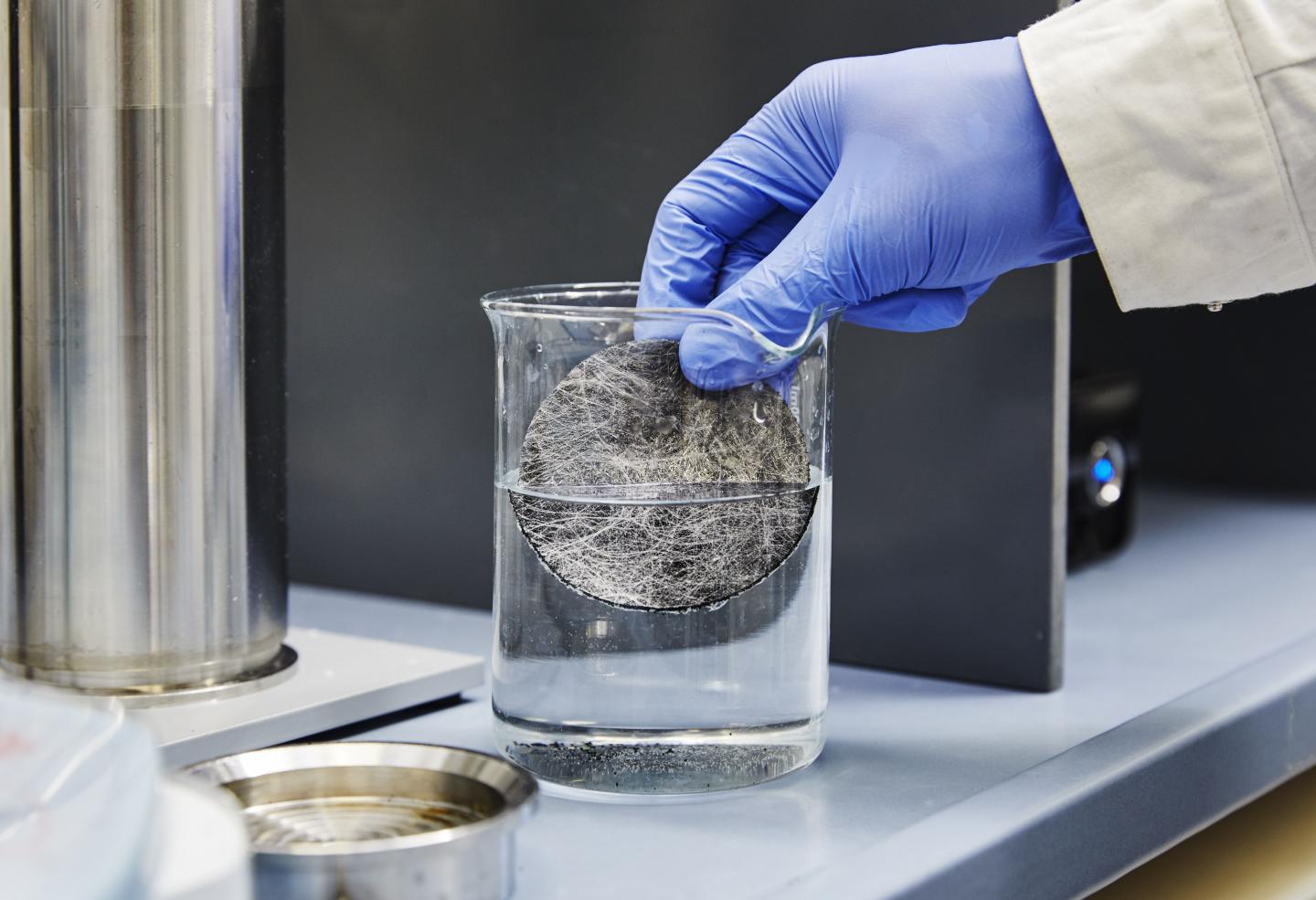 Scientists studied the processes in the activated carbon layer in more detail and used modified carbon particles (polymer-based spherical activated carbon—PBSAC). "It all depends on the diameter of the carbon particles," Matteo Tagliavini of IAMT explains. He is the first author of the publication. "The smaller the particle diameter is, the larger is the external surface of the activated carbon layer available for adsorption of hormone molecules." In an activated carbon layer of 2 mm thickness, the researchers decreased the particle diameter from 640 to 80 μm and succeeded in eliminating 96 percent of the estradiol contained in the water. By increasing the oxygen concentration in the activated carbon, adsorption kinetics was further improved and a separation efficiency of estradiol of more than 99 percent was achieved. "The method allows for a high water flow rate at low pressure, is energy-efficient, and separates many molecules without producing any harmful by-products. It can be used flexibly in systems of variable size, from the tap to industrial facilities," Schäfer says.

- This press release was originally published on the KIT website