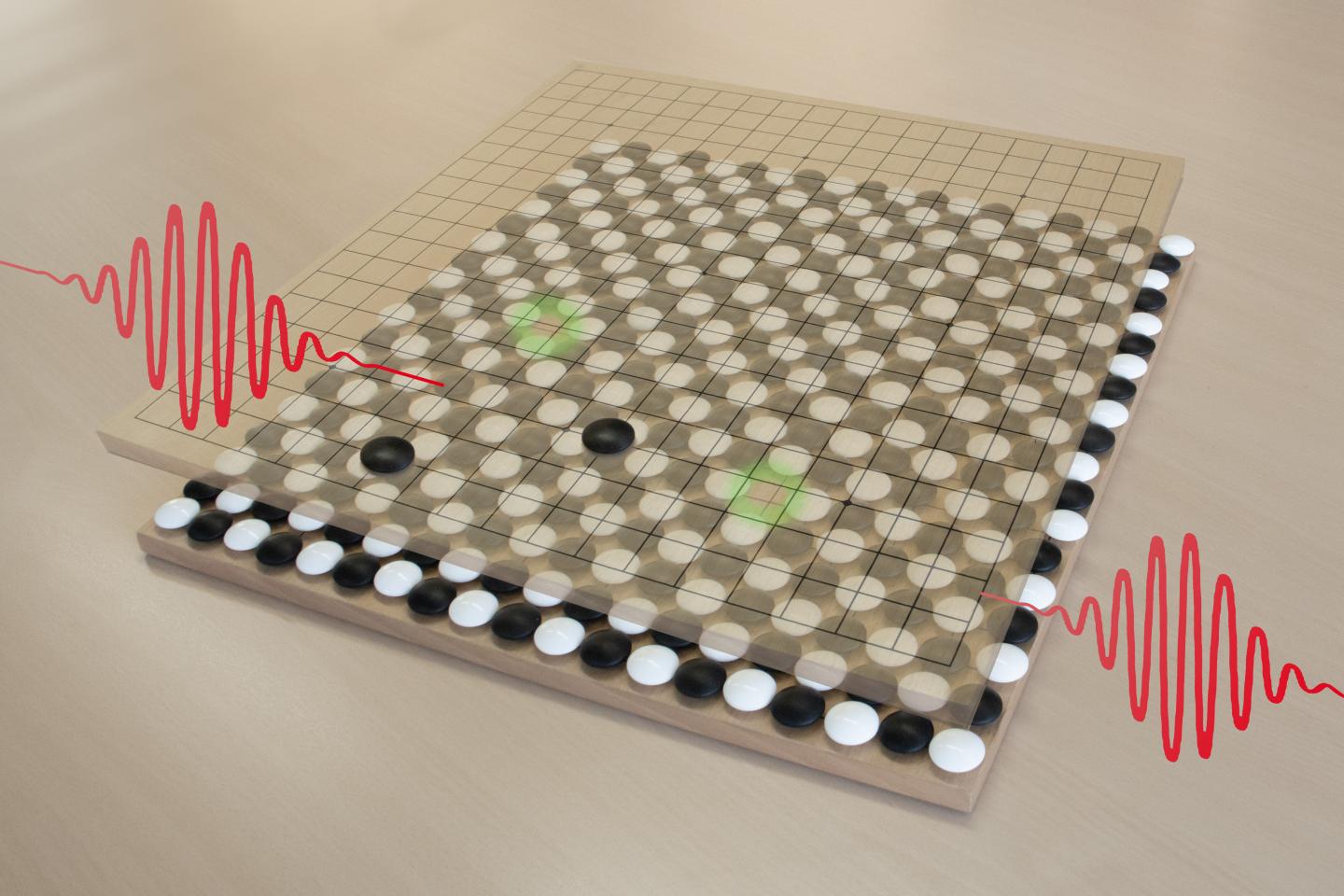 In physics, there are very different types of particles: Elementary particles are the fundamental building blocks of matter. Other particles, such as atoms, are bound states consisting of several smaller constituents. And then there are so-called "quasi-particles"—excitations in a system that consists of many particles, which in many ways behave just like a particle themselves.

Such a quasiparticle has now been discovered in computer simulations at TU Wien (Vienna) and named pi-ton. It consists of two electrons and two holes. The new particle is presented in the journal Physical Review Letters, the article also describes how the pi-ton can be detected experimentally.

A hole is almost a particle

"The simplest quasi-particle is a hole", explains professor Karsten Held from the Institute for Solid State Physics at Vienna University of Technology (TU Wien). "Let us imagine, for example, that many atoms are arranged in a regular pattern in a crystal and that there is a moving electron at each atom. Only at one particular atom the electron is missing—this is called a hole." Now an electron can move up from the neighboring atom. The original hole is closed, a new hole opens.

Instead of describing the motion of constantly moving electrons, it is easier to study the motion of the hole. If the electrons move to the right, the hole moves to the left—and this movement follows certain physical rules, just like the movement of an ordinary particle. However, unlike an electron, which can also be observed outside the crystal, the hole only exists in conjunction with the other particles. In this case we speak of a "quasi-particle."

"However, the dividing line between particles and quasi-particles is not as clear as one might think," says Held. "Strictly speaking, even ordinary particles can only be understood in the context of their environment. Even in a vacuum, particle-hole excitations occur constantly, albeit for a very short time. Without them, the mass of an electron for example would be completely different. In this sense, even in experiments with ordinary electrons, what we see is really a quasi-particle electron."

But there are also more complex quasi-particles: The exciton, for example, which plays an important role in semiconductor physics. It is a bound state consisting of an electron and a hole, which is created by light. The electron is negatively charged, the hole is the absence of a negative charge - and thus positively charged. Both attract each other and can form a bond.

"We actually wanted to investigate such excitons," report Dr. Anna Kauch and Dr. Petra Pudleiner, the first authors of the paper. "We developed computer simulations to calculate quantum physical effects in solids." But soon Kauch, Pudleiner, and their colleague Katharina Astleithner realized that they had come across something totally different in their calculations—a completely new type of quasi-particle. It consists of two electrons and two holes that couple to the outside world via photons.

The team gave this previously unknown object the name "pi-ton."

"The name pi-ton comes from the fact that the two electrons and two holes are held together by charge density fluctuations or spin fluctuations that always reverse their character by 180 degrees from one lattice point of the crystal to the next—i.e. by an angle of pi, measured in radians," explains Kauch.

"This constant change from plus to minus can perhaps be imagined like a change from black to white on a chessboard," says Pudleiner. The pi-ton is created spontaneously by absorbing a photon. When it disappears, a photon is emitted again.

The particle that came out of the computer

So far, the pi-ton has been discovered and verified by computer simulations. For the research team, there is no doubt about the existence of the pi-ton: "We have now investigated the phenomenon of the pi-ton using various models—it shows up again and again. Therefore, it should definitely be detectable in a variety of different materials, " Held says. "Some experimental data obtained with the material samarium titanate already seem to point to the pi-ton. Additional experiments with photons and neutrons should soon provide clarity."

Even though we are constantly surrounded by countless quasiparticles—the discovery of a new quasiparticle species is something very special. Besides the exciton, there is now also the pi-ton. In any case, this contributes to a better understanding of the coupling between light and solids, a topic that plays an important role not only in basic research but also in many technical applications—from semiconductor technology to photovoltaics.

- This press release was originally published on the TU Wien website