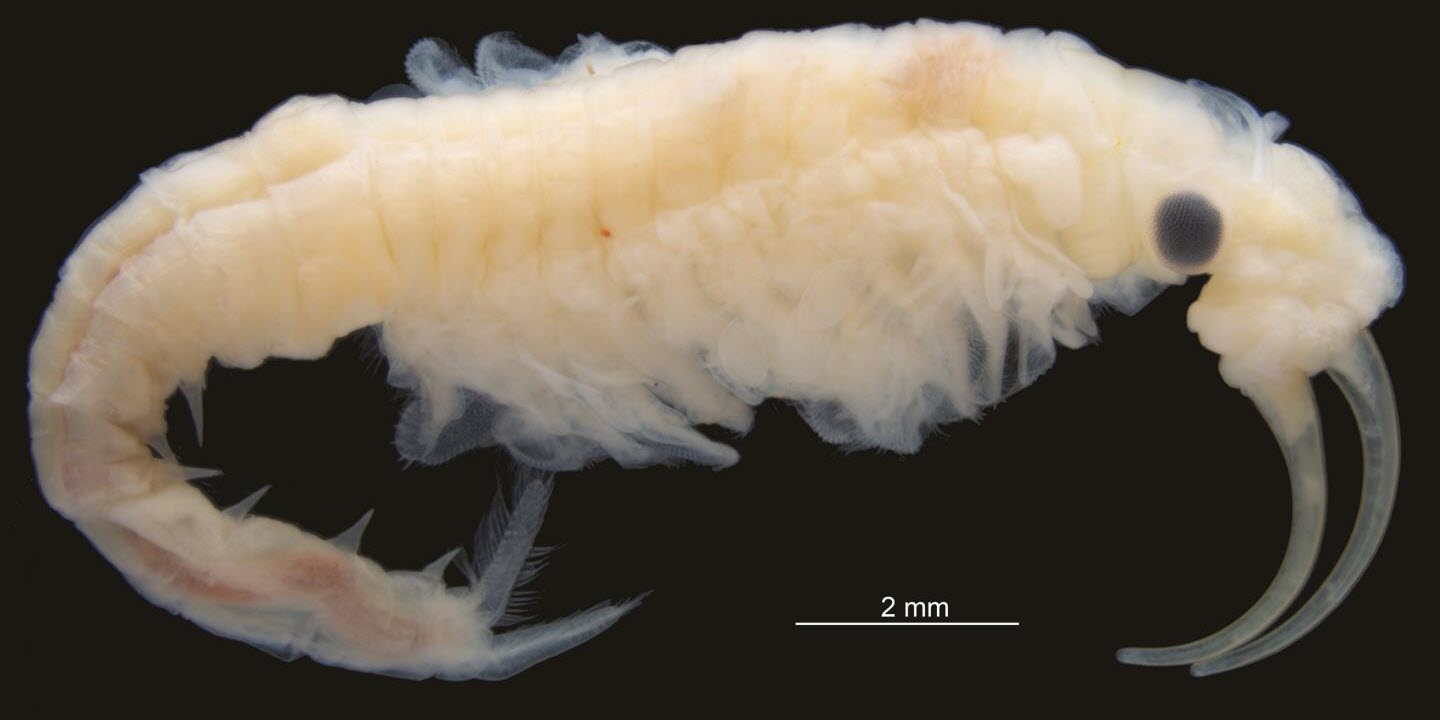 A new species of freshwater Crustacea has been discovered during an expedition of the desert Lut, known as the hottest place on Earth.
M. Pallmann SMNS / Pallmann

A new species of freshwater Crustacea has been discovered during an expedition of the desert Lut, known as the hottest place on Earth.

The newly identified species belongs to the genus Phallocryptus of which only four species were previously known from different arid and semiarid regions.

Dr. Hossein Rajaei from the Stuttgart State Museum of Natural History and Dr. Alexander V Rudov from Tehran University made the discovery during an expedition of Lut to better understand the desert's ecology, biodiversity, geomorphology, and paleontology.

Further scientific examinations of the specimens by co-author Dr. Martin Schwentner, Crustacea specialist from the Natural History Museum of Vienna, stated that they belong to a new species of freshwater Crustacea.

Publishing their findings in Zoology in the Middle East, the biologists name the new species Phallocryptus fahimii, in honor of the Iranian conservation biologist, Hadi Fahimi, who took part in the 2017 expedition and sadly died in an airplane crash in 2018.

Rajaei, an entomologist from State Museum of Natural History Stuttgart, who actually found the species in a small seasonal lake in southern part of the desert says the discovery is very exciting.

"During an expedition to such an extreme place you are always on alert, in particular when finding water," Rajaei said. "Discovering crustaceans in this otherwise hot and dry environment was really sensational."

The team's study explains how Phallocryptus fahimii differs in its overall morphology and its genetics from all other known Phallocryptus species.

Schwentner, who has worked with similar crustaceans from Australian deserts in the past, adds: "These crustaceans are able to survive for decades in the dried-out sediment and will hatch in an upcoming wet season, when the aquatic habitat refills. They are perfectly adapted to live in deserts environments. Their ability to survive even in the Lut desert highlights their resilience."

The Lut desert—also known as Dasht-e Lut—is the second largest desert in Iran.

Located between the 33° and 28° parallels and with its 51,800 km2 making it larger than Switzerland, this desert holds the current record for the highest ever recorded surface temperature. Based on 2006 satellite measurements, NASA reported a record surface temperature of 70.7°C, which more recently has been increased to 80.3°C. Dark pebbles that heat up are one of the causes of these record temperatures. Mean daily temperatures range from -2.6°C in winter to 50.4°C in summer with annual precipitation not exceeding 30 mm per year.

Almost deprived of vegetation, the Lut desert harbors a diverse animal life, but no permanent aquatic biotops (such as ponds).

After rain falls, non-permanent astatic water bodies are filled, including the Rud-e-Shur river from northwestern Lut.

Here, a diverse community of Archaea has been described but aquatic life in the Lut remains highly limited, which makes this find particularly rare.