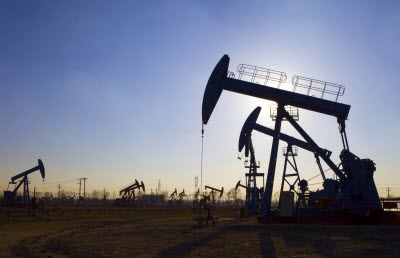 Photo courtesy of Monash UniversityA significant advance has been made in the potential to produce renewable fuels from excess atmospheric carbon dioxide (CO2), with the discovery of a cheap and efficient catalyst with which to carry out this process.

Published in the journal Energy and Environmental Science, the team of researchers in the School of Chemistry at Monash University used a combination of cheap materials to make a highly energy efficient catalyst for electrochemically reducing CO2 into syngas–a combination of carbon monoxide and hydrogen widely used as a starting point for the production of a range of sustainable fuels and materials.

Lead author Dr Jie Zhang explained how the electrochemical reduction of CO2 into useful materials and fuels is not a new process but that until now it has relied on expensive catalyst materials such as gold or palladium or has been inefficient in terms of energy use.

“Our research found that a combination of cheap materials - Molybdenum Sulphide catalytic nano-particles with a conductive layer of graphene and a well-known polymer called polyethylenimine acted together to create this energy efficient catalyst. Each component in the catalyst played a specific role in the reaction and it was only when the three were combined that the energy efficiency of the process was realized,” Dr Zhang said.

Co-lead author Professor Doug MacFarlane explained the significance of these latest findings in terms of dealing with the increasingly severe issue of excess CO2 in the atmosphere and its links to climate change and ocean acidification.

“The electrochemical reduction of CO2 into renewable fuels and materials is one of a number of methods currently being researched into reducing the impact of CO2 on an international scale. Crucial to this is finding catalysts that make this process practical, affordable and efficient. Our latest research findings have opened a new pathway to developing renewable fuels and tackling the global CO2 problem,” Professor MacFarlane said.