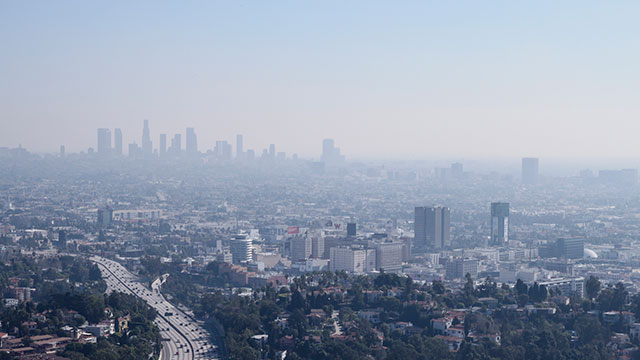 Scholars from the Gies College of Business at Illinois studied the causal effects of acute fine particulate matter exposure on mortality, healthcare, use and medical costs among older Americans through Medicare data and a unique way of measuring air pollution via changes in local wind direction.

The researchers—Tatyana Deryugina, Nolan Miller, David Molitor, and Julian Reif—calculated that the reduction in particulate matter experienced between 1999-2013 resulted in elderly mortality reductions worth $24 billion annually by the end of that period. Garth Heutel of Georgia State University and the National Bureau of Economic Research was a co-author of the paper.

"Our goal with this paper was to quantify the costs of air pollution on mortality in a particularly vulnerable population: the elderly," said Deryugina, a professor of finance who studies the health effects and distributional impact of air pollution. "Understanding how air pollution affects mortality, healthcare use and medical costs is essential for crafting efficient environment policies because outside factors such as a person's preexisting health conditions can make it challenging to accurately estimate the causal effects of pollution on health." 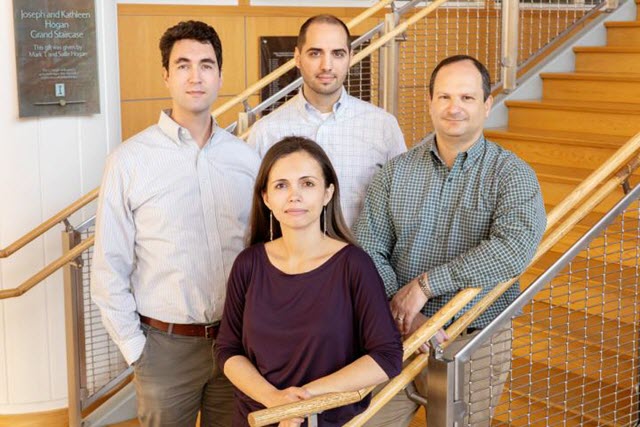 About 25 percent of the elderly Medicare population was vulnerable to acute pollution shocks, according to the researchers.

"Our analysis shows that the most vulnerable Medicare beneficiaries are those who suffer from chronic conditions and have high healthcare spending," said Reif, a professor of finance and a faculty member of the Institute of Government and Public Affairs. "We estimate that members of the most vulnerable group—those with a life expectancy of less than one year—are over 30 times more likely to die from pollution than the typical Medicare beneficiary."

"Because we take a big data approach, we're able to see how air pollution affects the entire elderly population of the US over those 14 years," said Miller, the Daniel and Cynthia Mah Helle Professor of Finance. "Medicare data is great because it has every interaction with the health care system in our sample for virtually every elderly person."

The typical air pollution research is more of a case study, Miller said.

"There's a pollution event in a certain city, and there's a mortality count around this event, but it's hard to get an accurate general estimate of the overall impact," he said. "Pollution is produced as a package: You burn stuff and it produces particulate matter, but it also produces other pollutants. Our methodology is able to take a lot of data, people and pollution events into account. And that allows us to more accurately identify the overall impact of pollution, because wind patterns affect these different pollutants in different ways. So we can tease apart which of these pollutants we think is most important and driving these mortality effects."

By exploiting the daily variation in acute fine particulate pollution exposure driven by changes in wind direction, the researchers found significant effects of exposure on mortality, hospitalizations, and medical spending.

"A key part of the study was harnessing 40 billion observations with machine learning techniques," said Molitor, a professor of finance. "We used machine learning to predict how long people would have lived in the absence of the pollution event and to illuminate who is most vulnerable to pollution. One takeaway is that an individual's life expectancy—how much longer they can expect to live—is a much better measure of vulnerability to pollution than their age."

"Mortality is only one of many potential costs of air pollution," Molitor said. "The elderly who aren't dying may engage in other costly activities such as going to the hospital for preventive or emergency care. Those steps may help them avoid death, but it doesn't mean that pollution has no cost to their health or finances."

Notably, the researchers also found that the failure to adjust for the preexisting health of those who die from an acute pollution event tends to overstate the mortality-reduction benefits of decreasing air pollution.

"An issue that arises when estimating mortality effects is whether those who die from pollution exposure would have passed away soon anyway without that external pollution shock," Molitor said. "If deaths caused by pollution occur disproportionately among the least healthy, then ignoring this factor could lead to an overstatement of the life years lost due to pollution."

"But we found that the typical person who dies as a result of pollution exposure isn't someone you would expect to die in a week or a month," Miller said. "It's people who have 3.6 years on average to live, compared with about 11 years for the typical elderly Medicare enrollee. So, although they are less healthy than the average Medicare recipient, these are people who we expect to have three and a half reasonably healthy years of life, and this should definitely not be ignored."

"Another way of thinking about our characterization of who dies from pollution is as an index of vulnerability," Molitor said. "We want to protect people from pollution, and we could do that by reducing pollution levels. But that can be costly and difficult for local governments to implement, especially if pollution is caused by something far away. By understanding who is most vulnerable to pollution, local policies and actions can be designed to better protect lives and to improve population resilience to pollution events."