Illustration by Eric Taylor, Woods Hole Oceanographic InstitutionFor decades, marine chemists have faced an elusive paradox. The surface waters of the world’s oceans are supersaturated with the greenhouse gas methane, yet most species of microbes that can generate the gas can’t survive in oxygen-rich surface waters. So where exactly does all the methane come from? This longstanding riddle, known as the “marine methane paradox,” may have finally been cracked thanks to a new study from the Woods Hole Oceanographic Institution (WHOI).

According to WHOI geochemist Dan Repeta, the answer may lie in the complex ways that bacteria break down dissolved organic matter, a cocktail of substances excreted into seawater by living organisms.

In a paper released in the November 14, 2016 issue of the journal Nature Geoscience, Repeta and colleagues at the University of Hawaii found that much of the ocean’s dissolved organic matter is made up of novel polysaccharides—long chains of sugar molecules created by photosynthetic bacteria in the upper ocean. Bacteria begin to slowly break these polysaccharides, tearing out pairs of carbon and phosphorus atoms (called C-P bonds) from their molecular structure. In the process, the microbes create methane, ethylene, and propylene gasses as byproducts. Most of the methane escapes back into the atmosphere.

“All the pieces of this puzzle were there, but they were in different parts, with different people, in different labs, at different times,” says Repeta. “This paper unifies a lot of those observations.”

Methane is a potent greenhouse gas, and it is important to understand the various sources of methane in the atmosphere. The research team’s findings describe a totally new pathway for the microbial production of methane in the environment, that is very unlike all other known pathways.

Leading up to this study, researchers like Repeta had long suspected that microbes were involved in creating methane in the ocean, but were unable to identify the exact ones responsible.

“Initially, most researchers looked for microbes living in isolated low-oxygen environments, like the guts of fish or shrimp, but they pretty quickly realized that couldn’t be a major factor. Too much oxygenated water flows through there,” says Repeta. Many researchers also examined flocculent material—snowy-looking bits of animal excrement and other organic material floating in ocean waters. “Some of those also have low-oxygen conditions inside them,” he says, “but ultimately they didn’t turn out to be a major methane source either.”

In 2009, one of Repeta’s co-authors, David Karl, found an important clue to the puzzle. In the lab, he added a manmade chemical called methylphosphonate, which is rich in C-P bonds, to samples of seawater. As he did, bacteria within the samples immediately started making methane, proving that they were able to take advantage of the C-P bonds provided by the chemical. Since methylphosphonate had never been detected in the ocean, Repeta and his team reasoned that bacteria in the wild must be finding another natural source of C-P bonds. Exactly what that source was, however, remained elusive.

After analyzing samples of dissolved organic matter from surface waters in the northern Pacific, Repeta ran into a possible solution. The polysaccharides within it turned out to have C-P bonds identical to the ones found in methylphosphonate—and if bacteria could break down those molecules, they might be able to access the phosphorus contained within it.

To confirm this idea, Repeta and his team incubated seawater bacteria under different conditions, adding nutrients such as glucose and nitrate to each batch. Nothing seemed to help the bacteria produce methane—until, that is, they added pure polysaccharides isolated from seawater. Once those were in the mix, the bacteria’s activity spiked, and the vials began spitting out large amounts of methane.

“That made us think it’s a two-part system. You have one species that makes C-P bonds but can’t use them, and another species that can use them but not make them,” he says.

Repeta and another co-author, Edward DeLong, a microbial oceanographer at the University of Hawaii, then began to explore how bacteria metabolize dissolved organic matter. Using a process called metagenomics, DeLong catalogued all the genes he could find in a sample of seawater from the north Pacific. In the process, he found genes responsible for breaking apart C-P bonds, which would allow bacteria to wrench phosphorus away from carbon atoms. Although DeLong was not certain which bacteria could actually do this, one thing was clear: If the gene was active, it would give an organism access to an important but rare nutrient in seawater.

“The middle of the ocean is a nutrient-limited system,” says Repeta. “To make DNA, RNA, and proteins, you need nitrogen and phosphorus, but in the open ocean, those nutrients are at such low concentrations that they’re almost immeasurable.” Instead of using free-floating nutrients in the water, Repeta says, DeLong’s study showed that the microbes must somehow be able to crack into nitrogen and phosphorus hidden deep inside organic molecules.

Although Repeta’s latest paper confirms that it is indeed possible for bacteria to break apart C-P bonds, he notes that it’s still not a particularly easy means of getting nutrients. With phosphorus tied up in organic molecules, it can be exceedingly difficult for bacteria to reach. If microbes can find other sources of the nutrient, he says, they will inevitably use those first.

“Think of it like a buffet,” Repeta says. “If you’re a microbe, inorganic nutrients are like fruits and meats and all the tasty stuff that you reach for immediately. Organic nutrients are more like leftover liver. You don’t really want to eat it, but if you’re hungry enough, you will. It takes years for bacteria to get around to eating the organic phosphorus in the upper ocean. We don’t exactly know why, but there’s another really interesting story there if we can figure it out.” 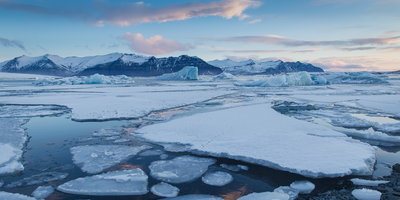 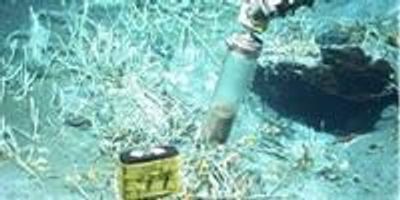 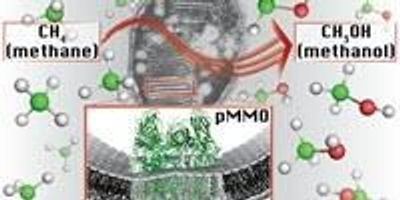 Methane-Consuming Bacteria Could Be the Future of Fuel

Methane-Consuming Bacteria Could Be the Future of Fuel 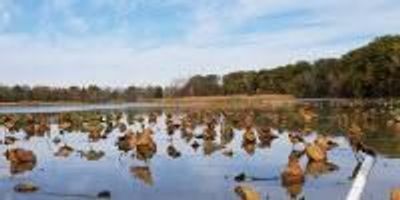 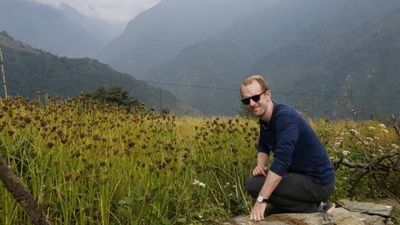