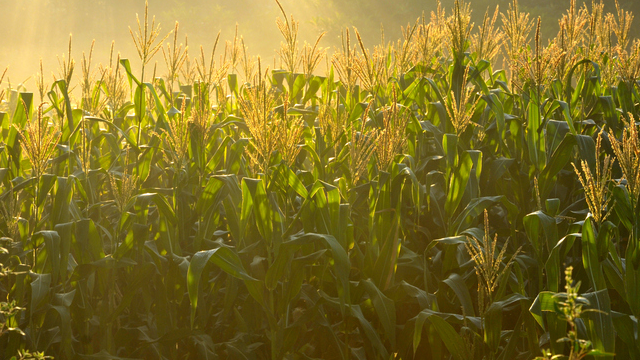 URBANA, Ill. — Farmers are stuck. Western corn rootworm can destroy cornfields—and profits—but populations of the "billion-dollar bug" have stopped responding to insecticides and the genetically modified corn hybrids designed to resist insect attacks. But there may be hope. In a new study, University of Illinois researchers uncover the genetic basis of resistance to western corn rootworm, paving the way for development of non-GM corn hybrids that can withstand the worm.

"Our previous research showed that there is no inherent resistance in the elite hybrids grown by most farmers in the Midwest," says Martin Bohn, corn breeder in the Department of Crop Sciences at U of I. "We want to improve native resistance to western corn rootworm in maize, without using transgenics."

The work was done within the context of a large, longstanding project called Germplasm Enhancement of Maize (GEM), which aims to diversify the tools available to corn breeders by tapping the genetic resources of maize accessions from all over the world.

"Some of my colleagues look into lines that yield more, some look into nutritional characteristics. We were screening for insect resistance. There were not that many, but we found some. We had to look into lines from Argentina, Brazil, and the Caribbean Islands to find it," Bohn says.

The resistant corn lines can't just be released here in the United States. For one thing, the plants are massive, leggy giants compared to the elite hybrids Midwestern farmers are used to growing. They're also adapted to very different environments, and wouldn't flower at the right time to produce reasonable yields.

By crossing exotic and elite lines, GEM created plants with a quarter of the genes of the exotics. Several of these lines remained promising with regard to their level of resistance.

But the team still didn't know why the new lines were resistant. "What is the genetic basis of resistance? If you find that, then you can screen other exotic materials for resistance much more efficiently and effectively, with a more targeted approach," Bohn says.

The researchers haven't found the gene for resistance—Bohn says the trait is likely too complex for it to boil down to a single gene—but the group has identified regions of the genome that appear to contribute to resistance, using a technique known as QTL mapping. There were some common themes among the regions.

"When we look at other genes in these regions, one of the common denominators is ascorbate biosynthesis," Bohn says. In other words, one mechanism explaining western corn rootworm resistance might be the manufacture of ascorbate in the plant. The ascorbate synthesis pathway produces free radicals that injure feeding insects.

The analysis turned up another set of genes that may be involved in resistance, but this one is a little more complex. When western corn rootworm larvae are feeding on roots, some corn plants release a compound into the soil that calls nematodes to attack the larvae. The second set of genes appears to be related to the manufacture of compounds that attract those nematodes.

"This is very important because plants can't uproot themselves and go somewhere else, so they have to use other mechanisms to protect themselves," Bohn says.

The results are a first step in introducing native resistance mechanisms into new elite hybrids, but much more research is needed before that happens. And Bohn cautions that the level of native resistance found in the study is no match for the power of transgenic insect-resistant corn, at least not yet.

"The idea is when you know where the genes with these small effects are located, perhaps it is possible to bring them into one common genetic background. If we can accumulate these genes, over time we might increase the level of resistance so that it makes sense for farmers to grow them."