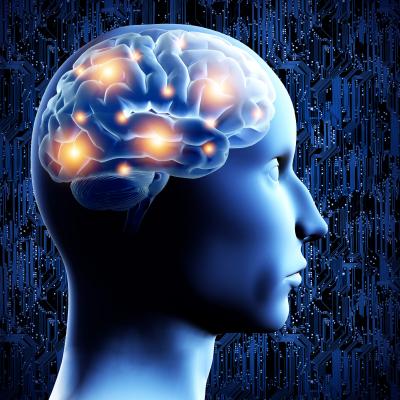 A new study from Aarhus University, Denmark, helps us understand why people with autism and schizophrenia have difficulties with social interaction.ColourboxIn a study to be published in Psychological Science, researchers from Aarhus University and the University of Copenhagen demonstrate that brain cells in what is called the mirror system help people make sense of the actions they see other people perform in everyday life.

Using magnetic stimulation to temporarily disrupt normal processing of the areas of the human brain involved in the production of actions of human participants, it is demonstrated that these areas are also involved in the understanding of actions. The study is the first to demonstrate a clear causal effect, whereas earlier studies primarily have looked at correlations, which are difficult to interpret.

One of the researchers, John Michael, explains the process:

"There has been a great deal of hype about the mirror system, and now we have performed an experiment that finally provides clear and straightforward evidence that the mirror system serves to help people make sense of others' actions," says John Michael.

The study shows that there are areas of the brain that are involved in the production of actions. And the researchers found evidence that these areas contribute to understanding others' actions. This means that the same areas are involved in producing actions and understanding others' actions. This helps us in everyday life, but it also holds great potential when trying to understand why people with autism and schizophrenia have difficulties with social interaction.

"Attaining knowledge of the processes underlying social understanding in people in general is an important part of the process of attaining knowledge of the underlying causes of the difficulties that some people diagnosed with autism and schizophrenia experience in sustaining social understanding. But it is important to emphasise that this is just one piece of the puzzle."

"The findings may be interesting to therapists and psychiatrists who work with patients with schizophrenia or autism, or even to educational researchers," adds John Michael.

Facts about the empirical basis

The participants (20 adults) came to the lab three times. They were given brain scans on the first visit. On the second and third, they received stimulation to their motor system and then performed a typical psychological task in which they watched brief videos of actors pantomiming actions (about 250 videos each time). After each video they had to choose a picture of an object that matched the pantomimed video. For example, a hammer was the correct answer for the video of an actor pretending to hammer.

This task was intended to gauge their understanding of the observed actions. The researchers found that the stimulation interfered with their performance of this task.

The researchers used an innovative technique for magnetically stimulating highly specific brain areas in order to temporarily disrupt normal processing in those areas. The reason for using this technique (called continuous theta-burst stimulation) in general is that it makes it possible to determine which brain areas perform which functions. For example, if you stimulate (and thus temporarily impair) area A, and the participants subsequently have difficulty with some specific task (task T), then you can infer that area A usually performs task T. The effect goes away after 20 minutes, so this is a harmless and widely applicable way to identify which tasks are performed by which areas.

With continuous theta-burst stimulation, you can actually determine that the activation of A contributes as a cause to people performing T. This method thus promises to be of great use to neuroscientists in the coming years.