As businesses and public spaces around the world reopen amid the COVID-19 pandemic—despite second waves of infection already emerging in some areas—researchers are working on several key technologies to make these places safer.

Since transmission through airborne respiratory droplets is the most common mode of infection, many scientists are working on solutions to stop the virus in the air. However, others are focusing on preventing surface contamination in hospitals and other public spaces while other research is looking at decontaminating personal masks with an already-existing technology.

Stopping COVID-19 in the air

At Drexel University, a filter originally developed to remove anthrax spores from the air is being modified to stop SARS-CoV-2, the virus that causes COVID-19, from spreading indoors. According to a press release, the Drexel team aimed to have a prototype ready for testing by the end of this month. 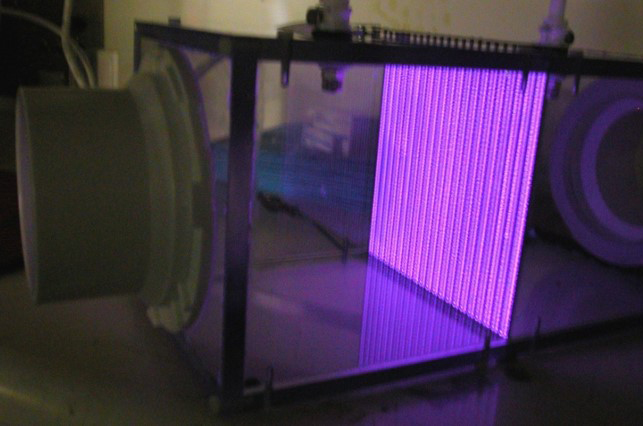 Researchers at Drexel's C. &. J. Nyheim Plasma Institute are retrofitting a cold plasma air filter they designed in the early 2000s, to ward off anthrax attacks, in hopes it can be used in HVAC systems to prevent airborne SARS-CoV-2 from spreading indoors.
Drexel University

“Air sterilization, filtration, and treatment will become more of a priority as we look to reopen businesses and have people spending time in indoor public spaces,” said project co-investigator Danil Dobrynin, PhD, in the press release. “Our technology has been very successful at neutralizing bacteria and anthrax spores in these environments. While viruses are smaller than bacteria, they are subject to some of the same structural vulnerabilities—especially coronaviruses. So, we believe our technology could easily be adapted to target SARS-CoV-2 with a similar efficacy.”

In work with ultraviolet (UV) light, Penn State researchers developed a new material for a handheld device that could potentially kill the virus in HVAC systems as well as high-use public spaces such as airports, public transportation, theaters, and sports arenas.

Similarly, Singapore-based OTSAW, a robotics solutions company, recently announced the launch of its UV-C LED disinfection robot, O-RX, which it claims is the world’s first. According to the company, the robot can be remote controlled and its UV technology is 70 percent more efficient than mercury lamps as well as safer and non-cancerous to human skin.

The unit boasts a disinfection rate of more than 99.999 percent and has a range of 2.5 meters, however it’s not clear whether the robot can only disinfect surfaces, or kill the virus in the air as well. It’s scheduled for a trial run beginning July 15 at a shopping mall in Singapore. 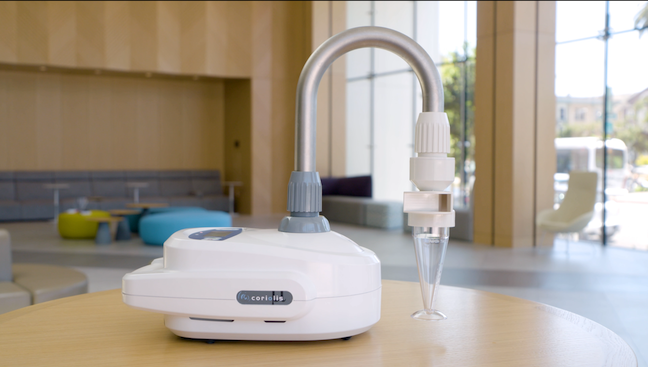 Another commercial solution comes from a partnership between Arizona-based PathogenDx and Bertin Instruments, which is headquartered in France. According to an announcement from PathogenDx, Bertin's Coriolis Air Sampler will be paired with PathogenDx's EnviroX-Rv testing technology, allowing business owners and managers of public places to monitor their air for SARS-CoV-2.

“COVID-19 has had a pervasive impact on both our economy and our psyche. People won’t return to their place of work or the restaurants and other places they gather until they have peace of mind that those buildings are safe,” said Milan Patel, co-founder and CEO of PathogenDx. “As we work toward a vaccine, this innovative solution can help facility managers monitor buildings, [and] confirm that the sanitation and remediation solutions they are using are effective[,] so we can safely restart our economy.”

At George Washington University, a team is helping develop a plasma-based device that could not only detect SARS-CoV-2 contamination but also quickly decontaminate items and surfaces at airports and other public places, in addition to personal protective equipment in hospitals.

In a March press release, lead researcher Michael Keidar said the team was still waiting on permissions from organizations including the US Centers for Disease Control and Prevention to begin the work, so it’ll likely be some time before we see such devices in use, if they prove effective in the testing stage.

Related Article: Technology Could Be Key in Tracking COVID-19 Spread 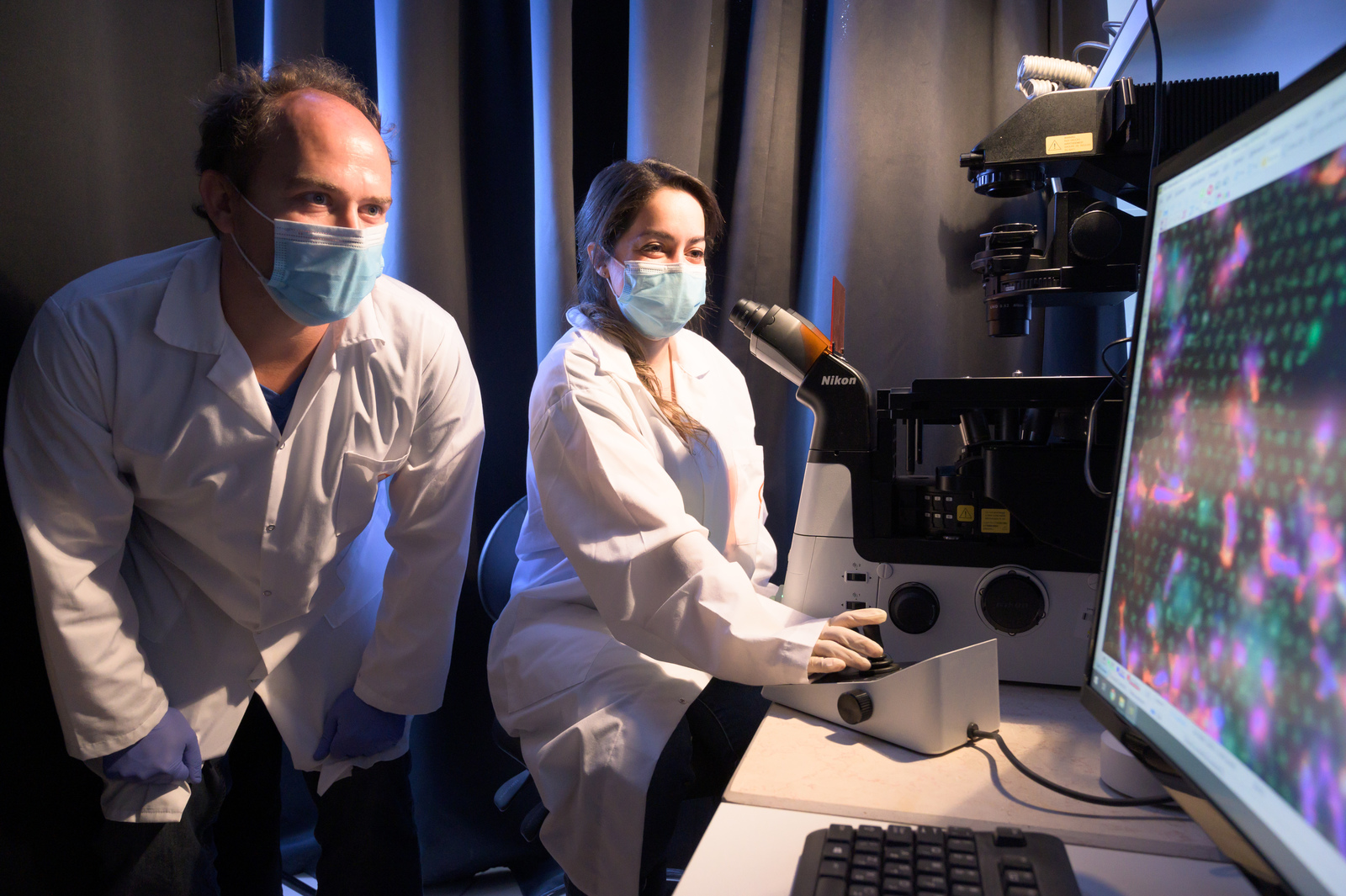 Meanwhile, scientists at Israel’s Ben-Gurion University (BGU) of the Negev are developing and testing a nanoparticle coating that could be used on surfaces in both public places and hospitals to prevent SARS-CoV-2 transmission.

These coatings are made up of polymers and “safe metal ions,” providing a safer solution to chemical disinfectants, a press release from the university explains. Their antiviral effects also last much longer than chemical options, providing protection for “weeks or even months,” the statement says.

“Until now, using such metals for antiviral applications has encountered significant challenges due to the nature of the metals, such as the tendency to oxidize and corrode,” says Dr. Mark Schwartzman, one of the BGU researchers involved in the project, in the release. “Nanoparticles provide a solution to these obstacles. Another advantage of nanoparticles is the large surface area-to-volume ratio, which results in an efficient antiviral surface area using a relatively small amount of metal. Additionally, nanoparticles of antiviral metal can be easily embedded in a polymer that can coat the relevant surfaces for extended periods of time.”

Technology still under development may not be the only thing that helps keep us safe as we progress through the COVID-19 pandemic.

With mask-wearing shown to be a crucial way to stop virus transmission as more people get out and about, properly disinfecting our masks after use will also be important going forward. While most of us will likely wash our masks to get rid of possible viral particles, recent research has shown that rice cookers can decontaminate masks more effectively than UV light and were “nearly as effective as aerosolized peracetic acid and hydrogen peroxide.”

However, the researchers note that they did not test mask performance after steam treatment with rice cookers in their study and that more work will be needed to prove its effectiveness.

Editor’s Note: With the COVID-19 situation changing rapidly and most research still in the preliminary phase, always be sure to consult your local health authority, such as the Centers for Disease Control and Prevention, for the most current recommendations for preventing COVID-19 virus infection.

- This press release was updated June 23 to include new information