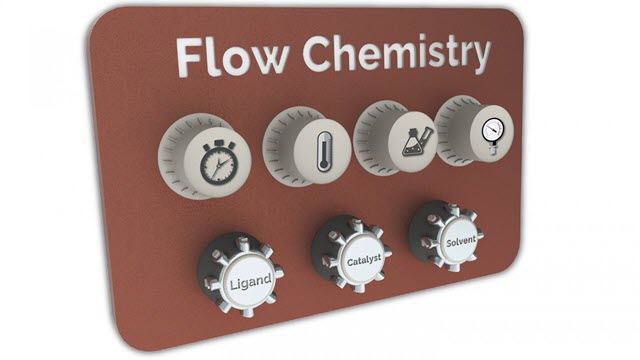 Researchers have developed a flow-based high-throughput screening technology that offers a faster, safer, and less expensive means of identifying optimum conditions for performing high-pressure/high-temperature catalytic chemical reactions. The technique focuses on hydroformylation reactions, which are used to create a variety of commercial products.

"Hydroformylation reactions are industrial processes that are used to make everything from plasticizers to detergents," says Milad Abolhasani, corresponding author of a paper on the work and an assistant professor of chemical and biomolecular engineering at North Carolina State University. "The testing and analysis process for evaluating a single set of conditions using conventional techniques normally takes days. We can now do it in about 30 minutes."

"Eastman uses the homogenous hydroformylation process to make secondary materials included in many products that enhance our quality of life in a material way, such as paints, pharmaceuticals and inks," says Dawn Mason, the external innovation manager at Eastman Chemical Company. "Being able to provide technological improvements in a safer and more expeditious manner than previously available is what makes our partnership with NC State successful."

The new technique uses extremely small samples—on the order of 11 microliters, rather than the milliliters used in conventional techniques. The new technique also integrates reagent preparation, reaction processes, and analysis into a single sequence.

"Most optimization processes involve multiple steps that are conducted at different work stations," Abolhasani says. "That's one reason they take so long. By integrating these steps into a single, continuous sequence, we've made the process significantly more efficient."

The high-throughput flow chemistry technique and the smaller sample size also expedite the speed of the reaction. But speed isn't the only advantage—the new technique is also safer. That's because these reactions have to be conducted under high pressures, and at high temperatures, using toxic and flammable gases.

"Our technique minimizes human interaction with these gases, since most of the work is done by robots," Abolhasani says. "Also, we use only 60 microliters of these gases, where conventional techniques use a few milliliters or more—that's a difference of at least two orders of magnitude, and that means our process is safer."

The relatively small sample sizes also save money. The catalysts and ligands used in the reactions are expensive. By using smaller samples, the process requires less amount of expensive ligands and catalyst material, reducing the relevant expense by two to three orders of magnitude.

"Ultimately, developing a more efficient technique for these reactions is important because it expedites R&D, allowing researchers to both improve manufacturing processes and to accelerate industry's ability to identify new ligands that have commercial applications," Abolhasani says.