Apr 30, 2020|3 min readWalter and Eliza Hall Institute
Immune cells called macrophages ('big eaters') are important for mammary gland formation and function. This is a movie of a mammary gland duct (purple), surrounded by collagen fibres (pink) and macrophage populations (yellow and blue). The yellow macrophages are breast-specific ductal macrophages ('DMs') that live on the ducts and survey the epithelium with their arms.
Dr. Caleb Dawson, Walter and Eliza Hall Institute of Medical Research

Melbourne breast cancer researchers have discovered a new type of immune cell that helps to keep breast tissue healthy by regulating a vital process within mammary ducts—the sites where milk is produced and transported, but also where most breast cancers arise.

Using advanced three-dimensional (3D) imaging techniques, the team observed how the immune cells monitor for threats in the mammary ducts and help to maintain tissue health by 'eating' up dying milk-producing cells needing to be cleared away once lactation stops.

The preclinical research was led by Walter and Eliza Hall Institute researchers Dr. Caleb Dawson, professor Geoff Lindeman, and professor Jane Visvader, along with Dr. Anne Rios who is now based at the Princess Máxima Center for Pediatric Oncology, Netherlands. It was published Apr. 27 in the journal Nature Cell Biology.

The mammary gland is a dynamic organ that undergoes dramatic remodeling throughout life. The branching ducts bloom to form milk-producing 'factories' in lactation, which must be eliminated once lactation stops. Mammary ducts are of particular interest to breast cancer researchers because this site is prone to cancer development.

"We discovered an entirely new population of specialized immune cells, which we named ductal macrophages, squeezed in between two layers of the mammary duct wall," he said. 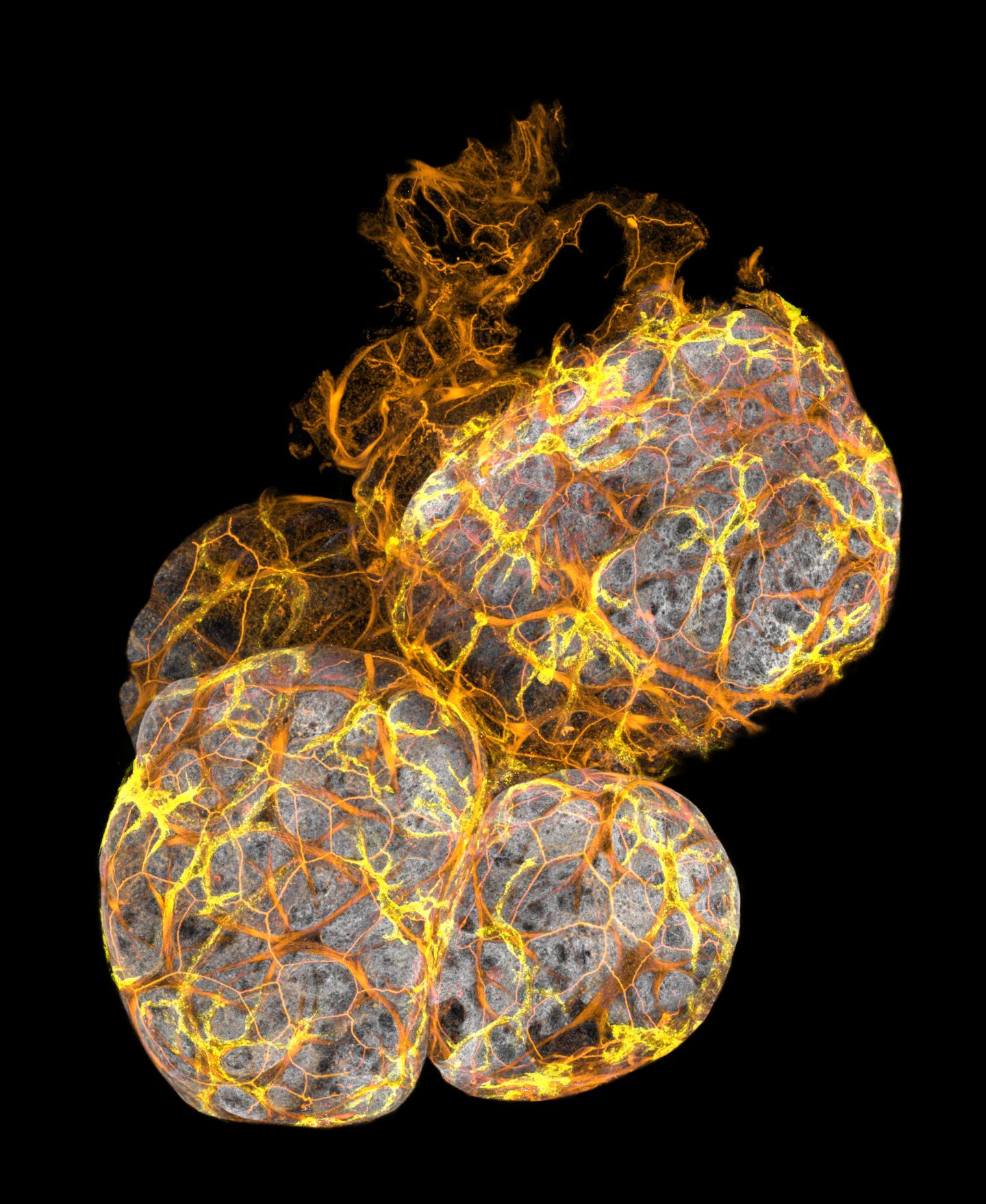 The mammary gland is a dynamic organ that undergoes dramatic remodeling throughout life. The branching ducts bloom to form milk-producing 'factories' in lactation, which must be eliminated once lactation stops as part of a process called involution.
Dr, Caleb Dawson, Walter and Eliza Hall Institute

"We were excited to find that these cells play an essential role at a pivotal point in mammary gland function called involution when lactation stops, milk-producing cells die and breast tissue needs to remodel back to its original state.

"We watched incredulously as the star-shaped ductal macrophages probed with their arms and ate away at dying cells. The clearing action performed by ductal macrophages helps redundant milk-producing structures to collapse, allowing them to successfully return to a resting state," Dawson said.

When the researchers later removed ductal macrophages from the mammary ducts, they discovered that no other immune cells were able to swiftly carry out this essential process.

Most organs in the body including the brain, liver, lung, skin, and intestine have their own population of macrophages—a name of Greek origin that means 'big eater.' These cells play important roles in regulating infection, inflammation, and organ function within their sites of residence.

Visvader said discovering mammary duct-specific macrophages was a remarkable step forward in understanding how the immune system interacted with the ductal network and impacted upon mammary gland development.

"As breast cancer researchers, there is a need to understand which cells are doing what, so that we can identify how these intricate cellular processes become dysregulated, such as in the case of breast cancers," she said. 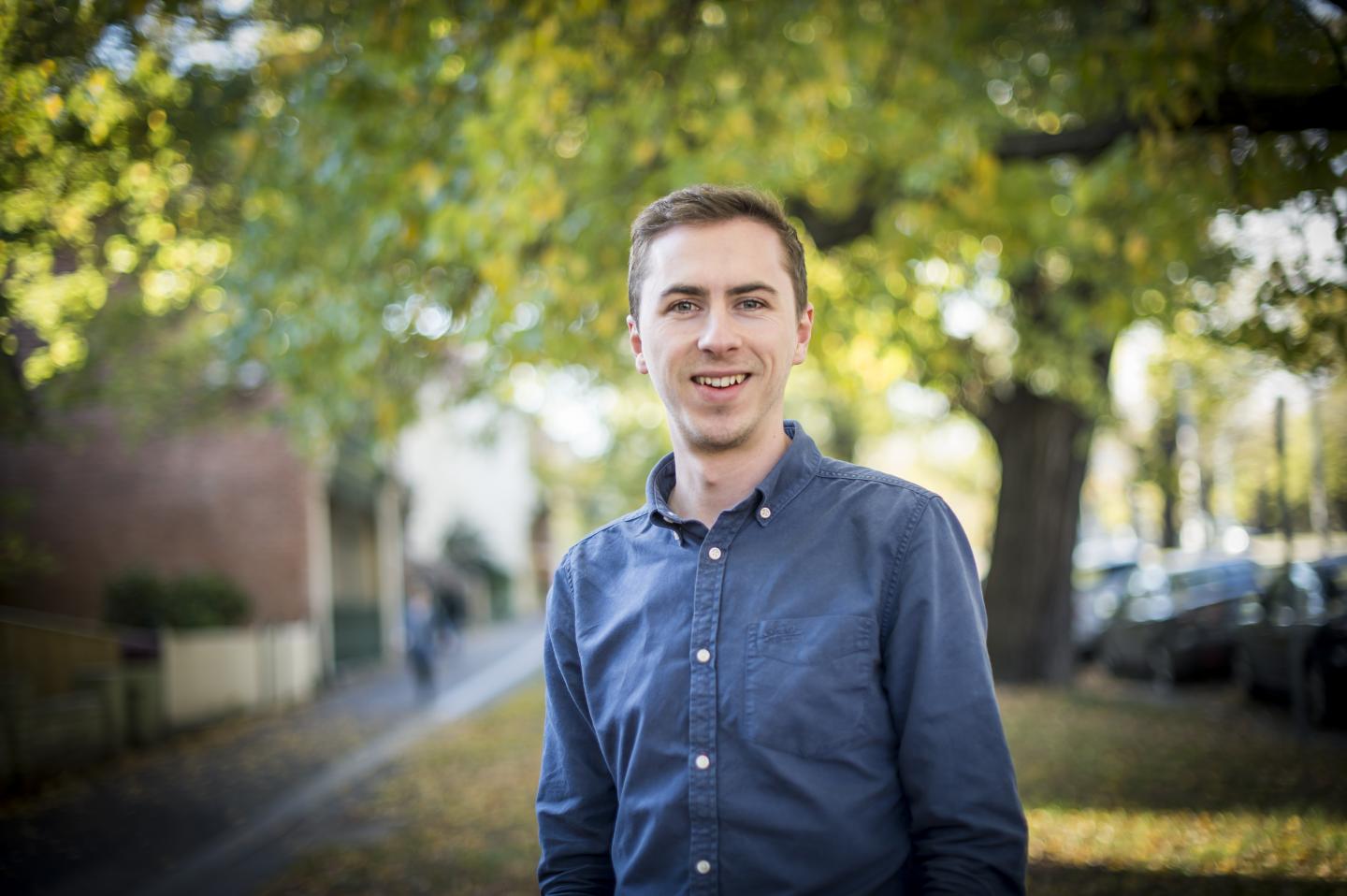 More than 19,000 Australians are diagnosed with breast cancer every year. It is the most common cancer in Australian women.

Dawson said that, going forward, the team hoped to explore the function of ductal macrophages at different stages of mammary gland development, such as the transitions into adulthood and pregnancy.

"We also want investigate the role that these duct-specific immune cells play in helping cancer to grow and spread," he said.

"Ductal macrophages are spread throughout the mammary ducts. As cancer grows, these macrophages also increase in number. We suspect that there's the potential for ductal macrophages to inadvertently dampen the body's immune response, which would have dangerous implications for the growth and spread of cancer in these already prone sites," Dawson said.

Visvader said the team's ultimate goal was to understand these cells enough to manipulate them.

"Given that tumor macrophages likely promote growth of the tumor, blocking their activity could serve as a treatment strategy for breast cancer," she said.