In a normal magnetic material, dense magnetic moments try to align with their neighbors (left). By contrast, in a singlet-based material, unstable magnetic moments pop in and out of existence, and stick to one another in aligned clumps (right)CREDIT: Lin Miao, NYU's Department of Physics

A team of scientists has discovered the first robust example of a new type of magnet—one that holds promise for enhancing the performance of data storage technologies.

This "singlet-based" magnet differs from conventional magnets, in which small magnetic constituents align with one another to create a strong magnetic field. By contrast, the newly uncovered singlet-based magnet has fields that pop in and out of existence, resulting in an unstable force—but also one that potentially has more flexibility than conventional counterparts.

"There's a great deal of research these days into the use of magnets and magnetism to improve data storage technologies," explains Andrew Wray, an assistant professor of physics at New York University, who led the research team. "Singlet-based magnets should have a more sudden transition between magnetic and non-magnetic phases. You don't need to do as much to get the material to flip between non-magnetic and strongly magnetic states, which could be beneficial for power consumption and switching speed inside a computer.

"There's also a big difference in how this kind of magnetism couples with electric currents. Electrons coming into the material interact very strongly with the unstable magnetic moments, rather than simply passing through. Therefore, it's possible that these characteristics can help with performance bottlenecks and allow better control of magnetically stored information."

The idea for this type of magnet dates back to the 1960s, based on a theory that stood in sharp contrast to what had long been known about conventional magnets.

A typical magnet contains a host of tiny "magnetic moments" that are locked into alignment with other magnetic moments, all acting in unison to create a magnetic field. Exposing this assembly to heat will eliminate the magnetism; these little moments will remain—but they'll be pointing in random directions, no longer aligned.

A pioneering thought 50 years ago, by contrast, posited that a material that lacks magnetic moments might still be able to be a magnet. This sounds impossible, the scientists note, but it works because of a kind of temporary magnetic moment called a "spin exciton," which can appear when electrons collide with one another under the right conditions.

"A single spin exciton tends to disappear in short order, but when you have a lot of them, the theory suggested that they can stabilize each other and catalyze the appearance of even more spin excitons, in a kind of cascade," Wray explains.

In the Nature Communications research, the scientists sought to uncover this phenomenon. Several candidates had been found dating back to the 1970s, but all were difficult to study, with magnetism only stable at extremely low temperatures.

Using neutron scattering, X-ray scattering, and theoretical simulations, the researchers established a link between the behaviors of a far more robust magnet, USb2, and the theorized characteristics of singlet-based magnets.

"This material had been quite an enigma for the last couple of decades—the ways that magnetism and electricity talk to one another inside it were known to be bizarre and only begin to make sense with this new classification," remarks Lin Miao, an NYU postdoctoral fellow and the paper's first author. 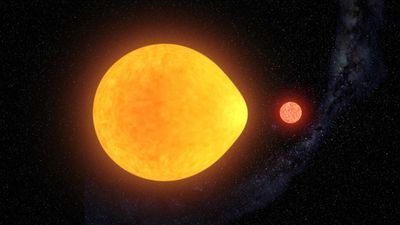 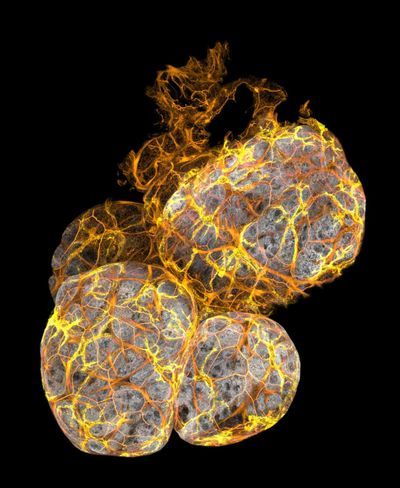 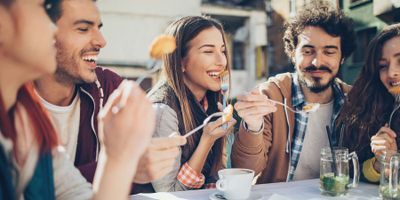 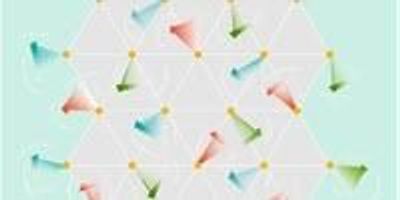 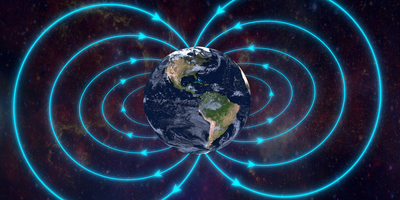