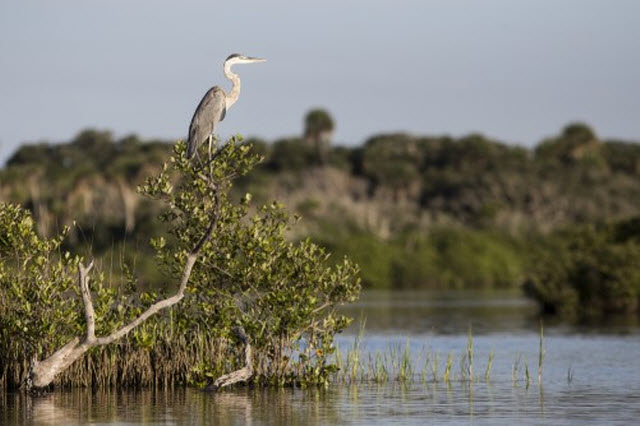 A new study led by UF/IFAS agricultural and biological engineering professor Rafael Munoz-Carpena, has found a method that better detects low doses of pharmaceuticals and personal care products in waterways. “The end effect could be degradation of aquatic life,” said Muñoz-Carpena. Some pharmaceuticals that individually are typically not toxic at even high doses, can damage aquatic life at very low doses when present in complex mixtures often found in natural waters after wastewater finds its way there.Photo Courtesy of: UF/IFAS file

(Gainesville, FL)—University of Florida Institute of Food and Agricultural Sciences researchers have found a better way to assess the potential impacts of low doses of man-made chemicals—like pharmaceuticals and personal care products—on water bodies and their ecosystems.

Such products—known to scientists as PPCPs—are widely released into the world’s freshwaters and oceans, where they mix at low concentrations over long time periods and seep into diverse environmental pathways such as surface water, groundwater, drinking water or soil.

“The end effect could be degradation of aquatic life,” said Rafael Muñoz-Carpena, a UF/IFAS professor of agricultural and biological engineering and a lead author of a new UF/IFAS-led study. “Some pharmaceuticals that individually are typically not toxic at even high doses, can damage aquatic life at very low doses when present in complex mixtures often found in natural waters after wastewater finds its way there.”

Most PPCPs have been found and analyzed in high concentrations individually, but a new test developed by the UF/IFAS-led team detects the effects of the chemicals in low-dose mixtures.

In the study, the team tested their method in a freshwater environment that they created in their lab. They selected PPCPs including antibiotics, caffeine, analgesics and psychiatric drugs. Researchers then mixed those 16 chemicals with blue algae engineered to produce light. They used changes in the light signal to gauge the toxicity of the different mixtures of chemicals in the bacteria.

Scientists found that a handful of the PPCPs in the mixtures, particularly antibiotics and other commonly used medicines, may impede processes such as growth, assimilation of nutrients, photosynthesis, reproduction and more, Muñoz-Carpena said.

Results from the study confirm that less-than-lethal effects from PPCPs mixtures make freshwater ecosystems more susceptible to later stresses such as light, temperature, nutrient availability and competition with other organisms, Muñoz-Carpena said.

“Our new method can be used not only to study impacts to aquatic systems of emerging chemicals, but also with human cells, biosensors and more,” Muñoz-Carpena said. Despite the abundance of these chemicals, scientists still don’t know the full effects of PPCPs on the environment, partly because they haven’t found the right testing method. “This opens exciting opportunities for many life sciences, like medicine or cell biology, facing real world complex problems."

The new UF/IFAS-led study is published in the journal Science Advances.