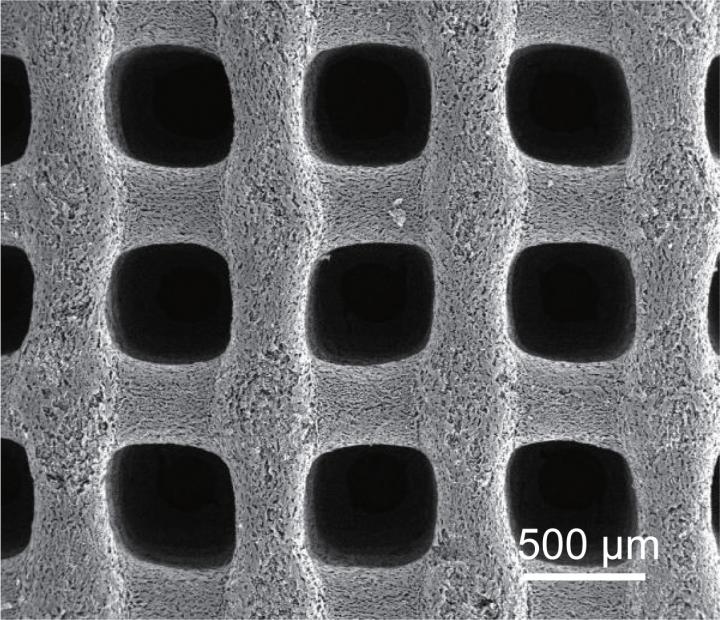 NASA's Perseverance Rover recently made a successful landing on Mars, embarking on a two-year mission to seek signs of ancient life and collect samples. Because Mars is extremely cold—nighttime temperatures can drop below -112°F—heaters are required to keep the rover's battery system from freezing. Now, researchers reporting in ACS' Nano Letters have 3D printed porous carbon aerogels for electrodes in ultralow-temperature supercapacitors, reducing heating needs for future space and polar missions.

Jennifer Lu, Yat Li and colleagues wanted to develop an energy storage system that could operate at very low temperatures without heating units, which add weight and energy requirements to instruments and machinery, such as the Mars rovers. So the researchers 3D printed a porous carbon aerogel using cellulose nanocrystal-based ink, and then freeze-dried it and further treated the surface.

The resulting material had multiple levels of pores, from the 500-μm pores in the lattice-like structure, to nanometer-sized pores within the bars of the lattice. This multiscale porous network preserved adequate ion diffusion and charge transfer through an electrode at -94°F, achieving higher energy storage capacitance than previously reported low-temperature supercapacitors.

The team will collaborate with NASA scientists to further characterize the device's low-temperature performance.

- This press release was originally published on the American Chemical Society website. It has been edited for style and length