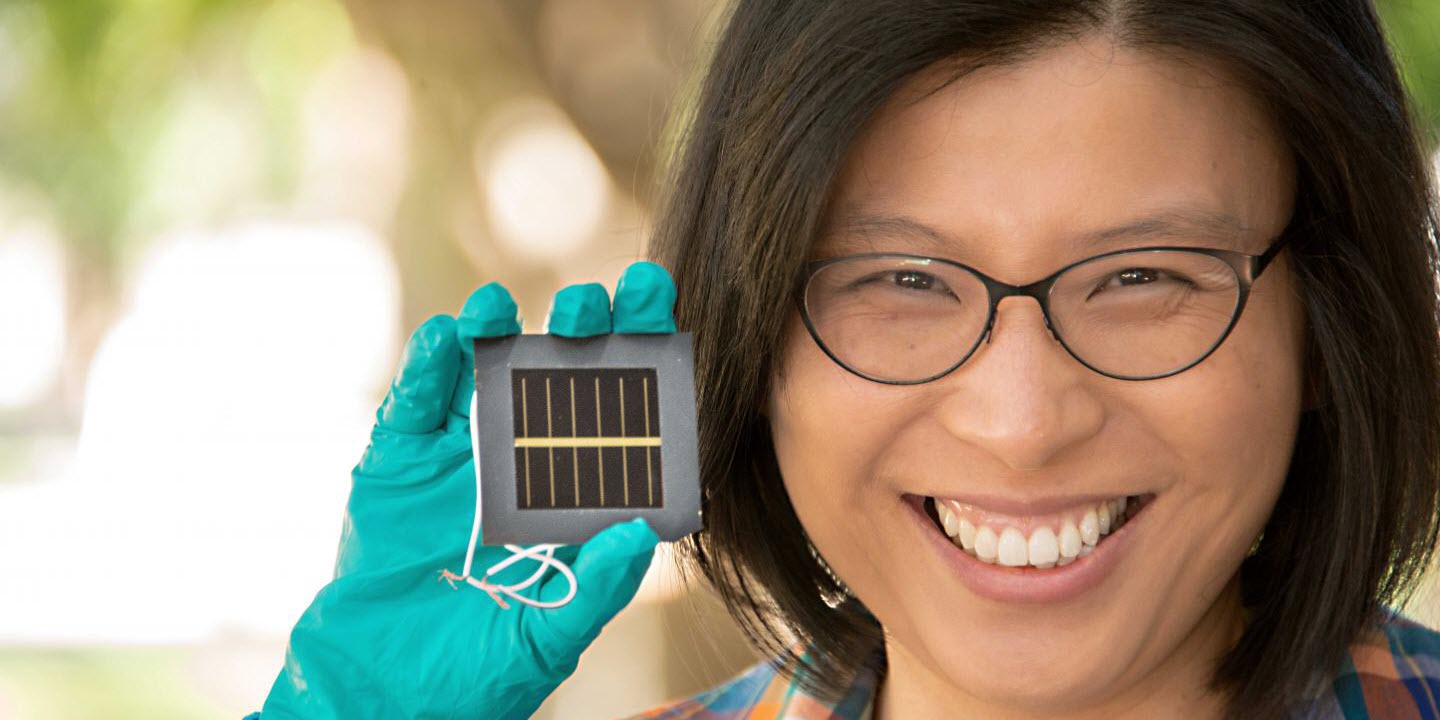 The research findings, an important step towards commercial viability of perovskite solar cells, were published May 21 in the journal Science.

Solar energy systems are now widespread in both industry and domestic housing. Most current systems rely on silicon to convert sunlight into useful energy.

However, the energy conversion rate of silicon in solar panels is close to reaching its natural limits. So, scientists have been exploring new materials that can be stacked on top of silicon in order to improve energy conversion rates. One of the most promising materials to date is a metal halide perovskite, which may even outperform silicon on its own.

"Perovskites are a really promising prospect for solar energy systems," said professor Anita Ho-Baillie, the inaugural John Hooke Chair of Nanoscience at the University of Sydney. "They are a very inexpensive, 500 times thinner than silicon and are therefore flexible and ultra-lightweight. They also have tremendous energy enabling properties and high solar conversion rates."

In experimental form, the past 10 years has seen the performance of perovskites cells improve from low levels to being able to convert 25.2 percent of energy from the Sun into electricity, comparable to silicon-cell conversion rates, which took 40 years to achieve.

However, unprotected perovskite cells do not have the durability of silicon-based cells, so they are not yet commercially viable.

"Perovskite cells will need to stack up against the current commercial standards. That's what is so exciting about our research. We have shown that we can drastically improve their thermal stability," Ho-Baillie said.

The scientists did this by suppressing the decomposition of the perovskite cells using a simple, low-cost polymer-glass blanket.

The work was led by professor Ho-Baillie who joined the University of Sydney Nano Institute this. Lead author Dr. Lei Shi conducted the experimental work in Ho-Baillie's research group in the School of Photovoltaic and Renewable Energy Engineering at the University of New South Wales, where Ho-Baillie remains an adjunct professor.

Under continual exposure to the sun and other elements, solar panels experience extremes of heat and humidity. Experiments have shown that under such stress, unprotected perovskite cells become unstable, releasing gas from within their structures.

"Understanding this process, called 'outgassing', is a central part of our work to develop this technology and to improve its durability," Ho-Baillie said. "I have always been interested in exploring how perovskite solar cells could be incorporated into thermal insulated windows, such as vacuum glazing. So, we need to know the outgassing properties of these materials."

For the first time, the research team used gas chromatography-mass spectrometry (GC-MS) to identify the signature volatile products and decomposition pathways of the thermally stressed hybrid perovskites commonly used in high-performance cells. Using this method, they found that a low-cost polymer-glass stack with a pressure-tight seal was effective in suppressing the perovskite 'outgassing,' the process that leads to its decomposition.

When put to strict international testing standards, the cells the team was working on outperformed expectations.

"Another exciting outcome of our research is that we are able to stabilize perovskite cells under the harsh International Electrotechnical Commission standard environmental testing conditions. Not only did the cells pass the thermal cycling tests, they exceeded the demanding requirements of damp-heat and humidity-freeze tests as well," Ho-Baillie said.

These tests help determine if solar cell modules can withstand the effects of outdoor operating conditions by exposing them to repeated temperature cycling between -40 degrees and 85 degrees, as well as exposure to 85 percent relative humidity.

Specifically, the perovskite solar cells survived more than 1800 hours of the IEC "Damp Heat" test and 75 cycles of "Humidity Freeze" test, exceeding the requirement of IEC61215:2016 standard for the first time.

"We expect this work will contribute to advances for stabilizing perovskite solar cells, increasing their commercialization prospects," Ho-Baillie said.