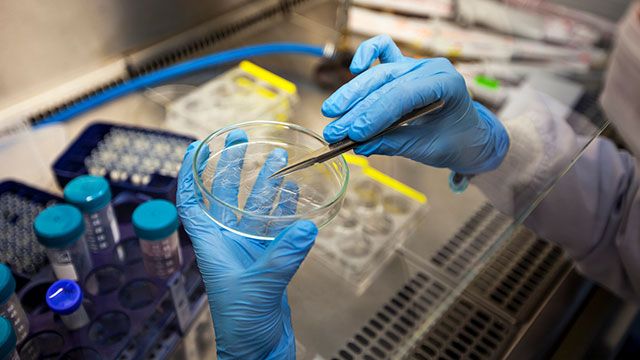 The American Association for Cancer Research (AACR) today (Dec. 6) delivered a letter from the current AACR president and past presidents, as well as Fellows of the AACR Academy that include 18 Nobel Laureates, to urge leaders in the House and Senate to “move quickly to finalize a multi-year, bipartisan budget agreement that raises the caps on non-defense discretionary spending in FY 2018 imposed by the Budget Control Act.”

Lifting the caps is necessary for Congress to provide the National Institutes of Health (NIH) with $36.1 billion in fiscal year (FY) 2018, a $2 billion increase over FY 2017 that was approved by the Senate Appropriations Committee but has not yet passed the full Senate.

“It is only through robust, sustained, and predictable federal funding for research that we can continue to bring hope to the millions of people who are touched by cancer,” said Margaret Foti, PhD, MD (hc), AACR chief executive officer. “We are relying on many talented and dedicated early-career investigators to carry the torch of progress going forward, and if they are provided with the resources needed, their work will bring the future we all hope for—a future without cancer!”

The letter emphasizes that innovative cancer treatments, such as molecularly targeted therapeutics and immunotherapies, are now having an impact on patients at an ever-increasing pace. These advances, highlighted in the AACR Cancer Progress Report 2017, are the direct result of federal investments in laboratory, translational, and clinical research through the NIH and the National Cancer Institute (NCI). However, with the estimated 595,690 cancer deaths this year alone, including children and adults, there is still more work to be done, which is why sustained and substantial funding increases for the NIH and NCI remain essential for further progress.

The letter also calls attention to urgent issues facing early-career scientists, remarking that significant annual NIH funding increases are crucial if we are to secure a strong and diverse pipeline of early-career investigators who are committed to advancing cancer research and reducing cancer incidence, morbidity, and mortality.

There are 96 signatories of the letter.

Artificial Sweeteners May Not Be Safe Sugar Alternatives

Artificial Sweeteners May Not Be Safe Sugar Alternatives