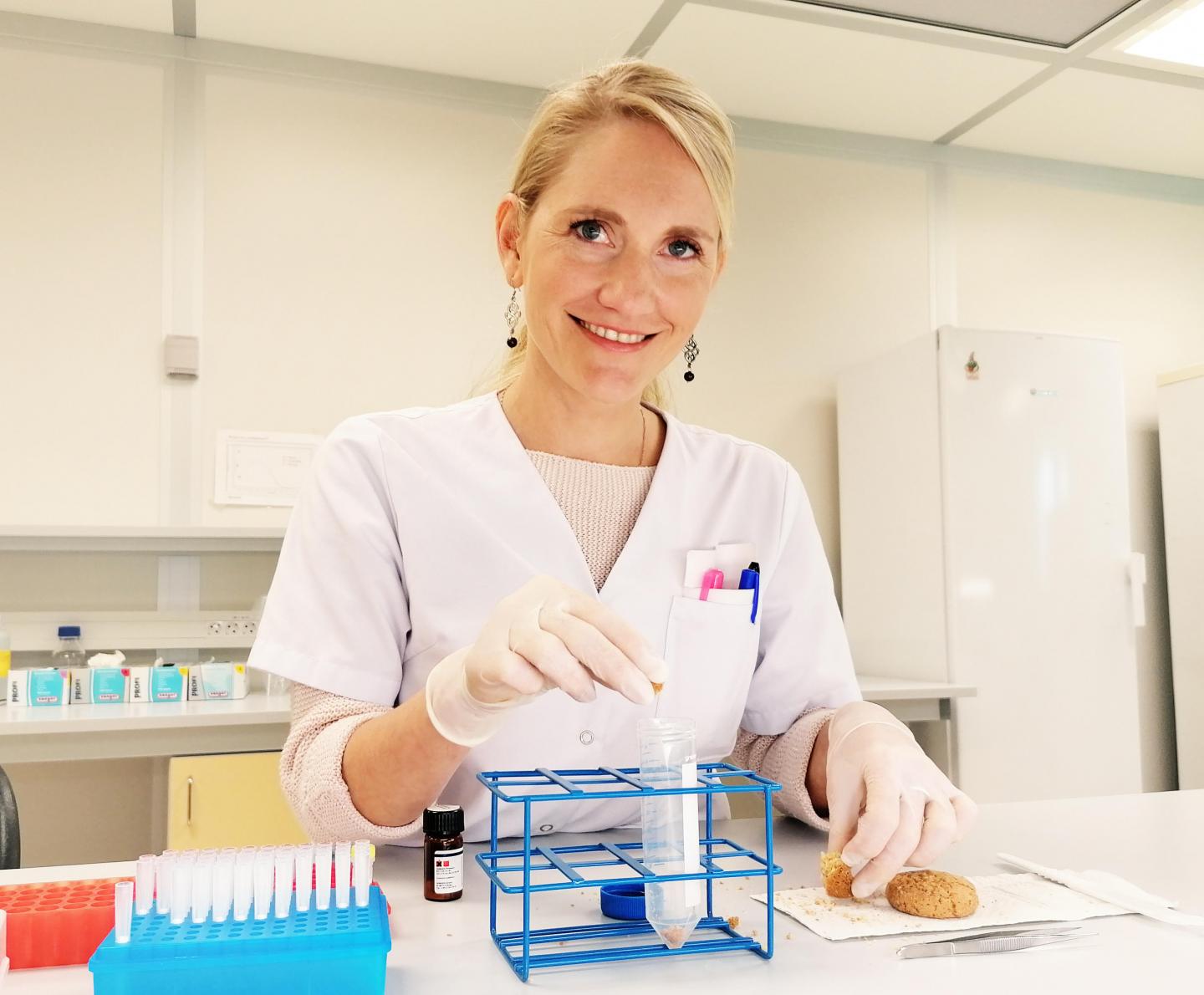 Estonian scientists are developing a DNA-based method of analysis that enables them to identify food components and specify the origin of a foodstuff.
Kairi Raime

Estonian scientists are developing a DNA-based method of analysis that enables them to identify food components and specify the origin of a foodstuff.

Bioinformatics specialists at the University of Tartu, in cooperation with the Competence Centre on Health Technologies, have published a research paper in the journal Frontiers in Plant Science in which they indicated the possibility to identify components in thermally processed food using DNA analysis even if the quantities were very small. The scientists analyzed thermally processed cookies that contained a small amount of lupin flour. The DNA analysis provided reliable identification of lupin even when the lupin flour content in the dough was just 0.02 percent.

Food always contains the DNA traces of the plants, animals, and microorganisms that have been used or that the food or its raw materials have come into contact with in the production process. DNA analysis can provide valuable information on the content, origin, safety, and health benefits of food and will make the identification of counterfeit foods and non-compliances in the ingredients specified on the packaging more reliable in the future. For example, certain cases gained attention last year in which the origin of honey and the authenticity of Estonian honey needed verification. The novel DNA analysis would make it possible to solve such issues.

According to Kairi Raime, the lead author of the article, research fellow of bioinformatics at the Institute of Molecular and Cell Biology, and a doctoral student at the University of Tartu, their method is a major step forward in the development of DNA-based methods for food analysis. "Our method helps to identify the actual biological contents and origins of food via DNA information and thus ensures the safety and authenticity of the food," she explained. Raime is planning to defend her PhD dissertation on the topic.

The DNA may be significantly degraded in processed food. Scientists extracted DNA from the cookies and analyzed it using DNA sequencing technology. For the analysis of a single biscuit, approximately 20 million DNA sequences were obtained. Based on these, and by using bioinformatic analysis, it was possible to specify the DNA of the species found in the sample analyzed. The main issue was the preparation of the DNA for sequencing, as the DNA is often degraded in food and even minute amounts of DNA molecules must be identified.

Kaarel Krjutškov, head of the Precision Medicine Laboratory of the Competence Centre on Health Technologies and senior research fellow of molecular medicine at the University of Tartu, whose laboratory was used to prepare the sequencing of the DNA extracted from the biscuits, noted that faking the DNA fingerprint of a food is complicated and expensive, and it is therefore cheaper to offer authentic food. "People can see that in medicine, precise DNA analysis is already a reality, but in food industry and in the field of food safety, the golden age of DNA-based analysis is yet to come," Krjutškov remarked.

The research used a method based on short, unique DNA sequences (k-mers) for analyzing genomic DNA data, which enables the scientists to quickly identify plant or bacterial DNA present in a food or an environmental sample. The chair of bioinformatics at the Institute of Molecular and Cell Biology at the University of Tartu has been developing competence in the bioinformatics of k-mers and DNA analysis over the last five years. The software developed in the chair of bioinformatics has been used both in medicine and for providing food safety.

The article authors' earlier cooperation resulted in the NIPTIFY fetal chromosomal disorder test, which helps to detect, with almost 100 percent accuracy, the DNA sequences causing fetal Down syndrome in the mother's blood sample as early as the tenth week of pregnancy. The genome analysis method developed in the chair of bioinformatics is used to identify pathogenic bacteria, specify their disease-causing capabilities, and predict antibiotic resistance. This enabled Maido Remm, professor of bioinformatics at the University of Tartu, and his working group to advise the management board of a production company contaminated with a dangerous strain and to help determine the spread of type ST1247 in the company during the listeria outbreak in autumn 2019.

According to Remm, the research article proves that DNA sequencing can also be used for identifying allergenic ingredients in processed food. "DNA sequencing is a promising diagnostic method which makes it possible to quickly obtain precise information about food and the microbes around us," he said. "The use of sequencing and k-mers makes it possible in a very short time to implement a diverse range of diagnostic tests that meet the needs of researchers and companies."