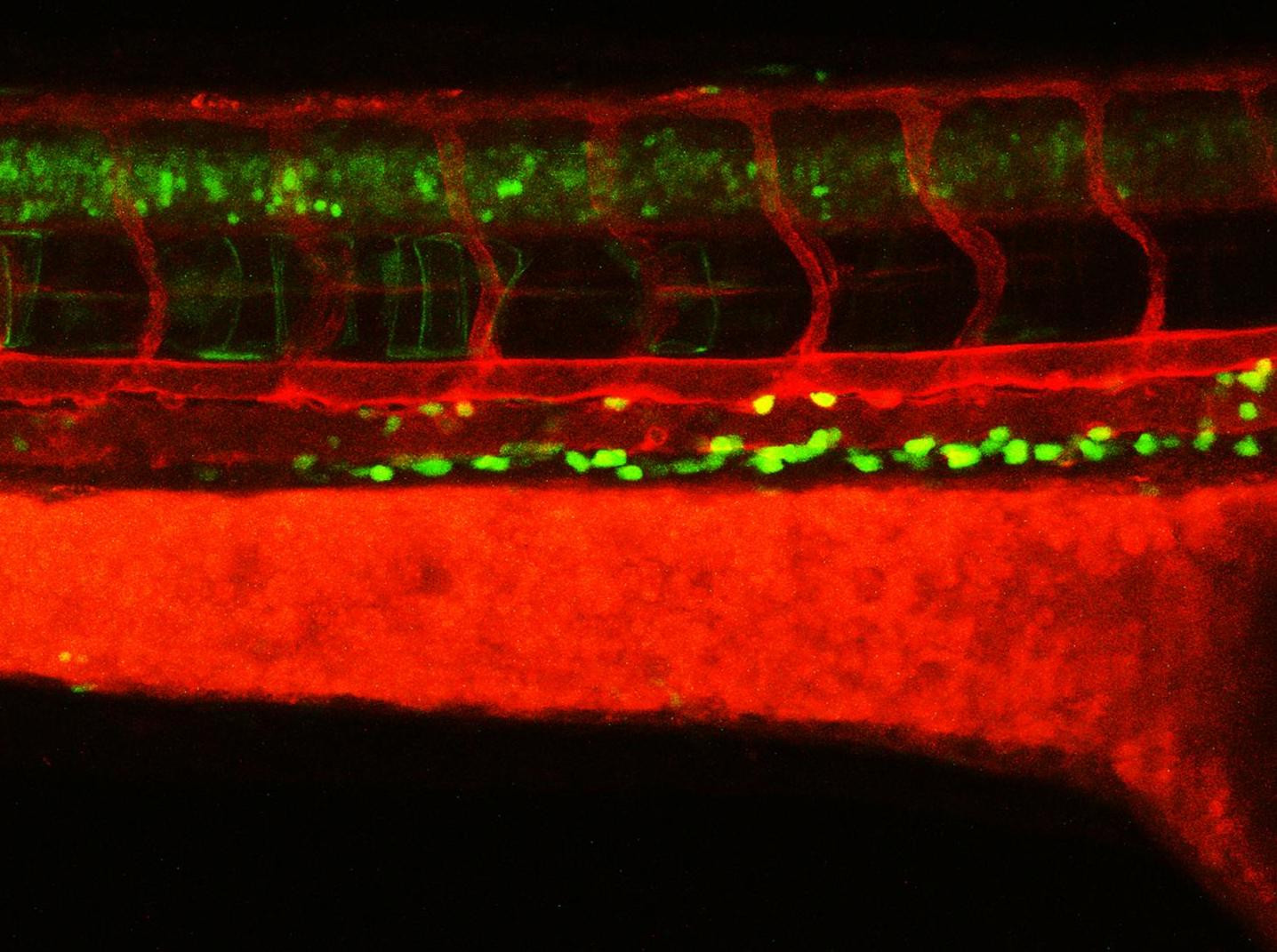 Led by Longhou Fang, Ph.D., an associate professor in the Center for Cardiovascular Regeneration, and his postdoctoral fellow Qilin Gu, Ph.D., the team looked at hypercholesterolemia, which is the type of high cholesterol that causes very high levels of LDL - the so-called "bad" cholesterol - to circulate in the blood.

They identified a new regulatory mechanism in zebrafish models responsible for this increase in white blood cells typically seen in people with these high LDL levels, which are known to increase a person's risk for cardiovascular disease, the leading cause of morbidity and mortality in the U.S. and globally.

"Our findings may explain why this can happen," Fang said. "This mechanism we identified activates a protein called SREBP2 that in turn leads to the development of more hematopoietic stem cells (HSPCs), which are the precursors to white blood cells and the process by which all mature blood cells are produced. We were able to show that targeting this protein using its antagonist can reduce the HSPC counts to bring down the white blood cell counts. This insight may lead to a new strategy to treat atherosclerotic cardiovascular disease."

Additionally, Fang says finding this new pathway that controls the generation of HSPCs could be useful for treating blood disorders, such as leukemia and anemia, in the future. For instance, he says the plant-derived drug betulin, which is an SREBP2 inhibitor, could possibly be repurposed to mitigate the progression of leukemia. Even further down the line, he said this also holds promise for bone marrow regeneration using patient-derived hematopoietic stem cells, which would eliminate the need to find a donor.

Initially reported in an article titled "AIBP-mediated cholesterol efflux instructs hematopoietic stem and progenitor cell fate" in the journal Science, the study has since been cited by the New England Journal of Medicine (NEJM) and Nature Reviews Cardiology.

Fang and his colleagues say their next steps are to continue exploring the role of cholesterol metabolism in hematopoiesis, saying that their findings bring them one step closer to their ultimate goal of generating patient-oriented HSPCs, which will be essential for the progress of regenerative and precision medicine.