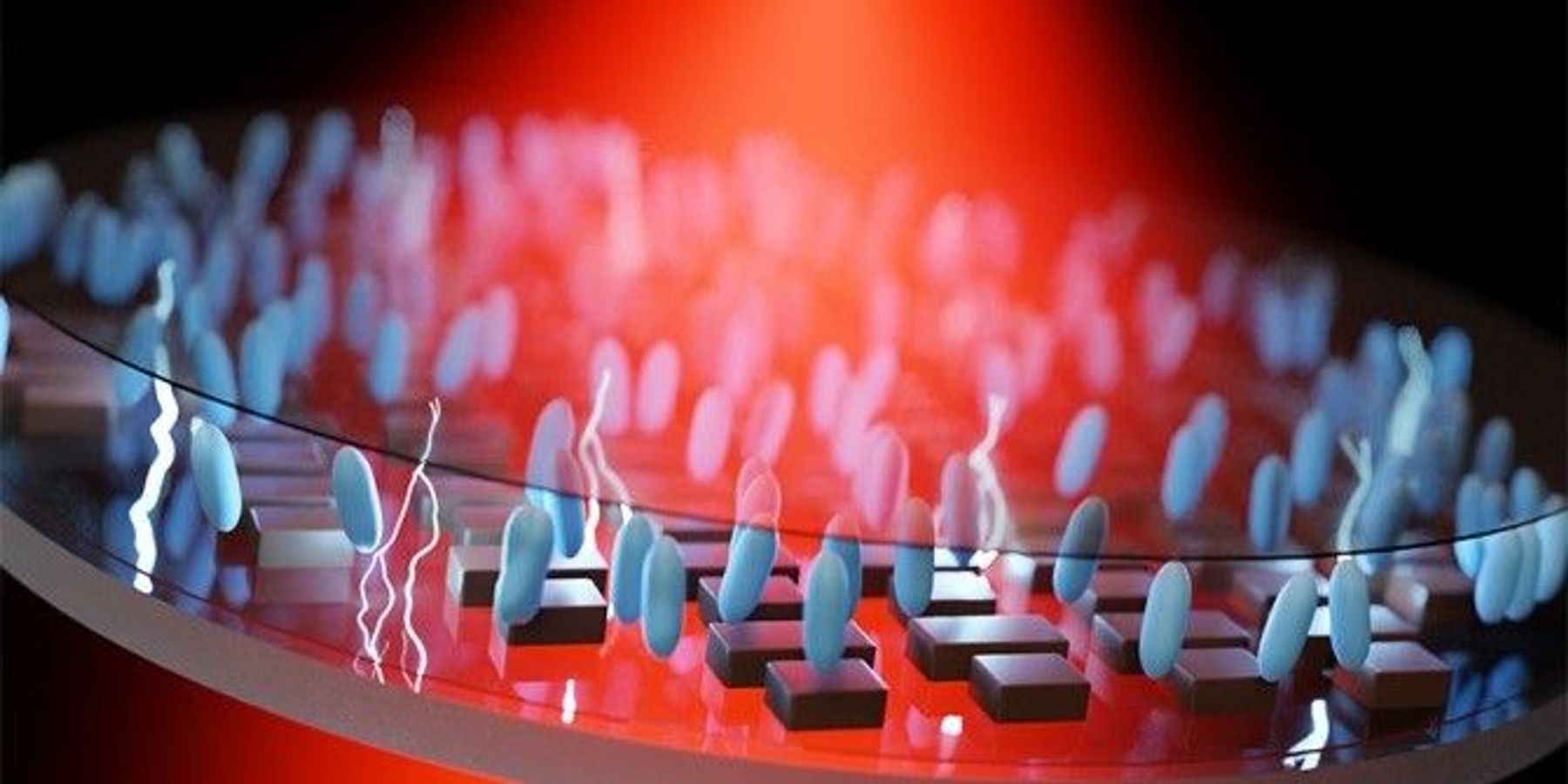 ITHACA, NY — Researchers from Cornell University's School of Applied and Engineering Physics and Samsung's Advanced Institute of Technology have created a first-of-its-kind metalens—a metamaterial lens—that can be focused using voltage instead of mechanically moving its components.

The proof of concept opens the door to a range of compact varifocal lenses for possible use in many imaging applications such as satellites, telescopes, and microscopes, which traditionally focus light using curved lenses that adjust using mechanical parts. In some applications, moving traditional glass or plastic lenses to vary the focal distance is simply not practical due to space, weight, or size considerations.

Metalenses are flat arrays of nano-antennas or resonators, less than a micron thick, that act as focusing devices. But until now, once a metalens was fabricated, its focal length was hard to change, according to Melissa Bosch, doctoral student and first author of a paper detailing the research in the American Chemical Society's journal Nano Letters.

The innovation, developed in the collaboration between Samsung and Cornell researchers, involved merging a metalens with the well-established technology of liquid crystals to tailor the local phase response of the metalens. This allowed the researchers to vary the focus of the metalens in a controlled way by varying the voltage applied across the device.

"This combination worked out as we hoped and predicted it would," said Bosch, who works in the lab of Gennady Shvets, professor of applied and engineering physics and senior author of the paper. "It resulted in an ultrathin, electrically tunable lens capable of continuous zoom and up to 20 percent total focal length shift."

Samsung researchers are hoping to develop the technology for use in augmented reality glasses, according to Bosch. She sees many other possible applications such as replacing the optical lenses on satellites, spacecraft, drones, night-vision goggles, endoscopes, and other applications where saving space and weight are priorities.

Maxim Shcherbakov, postdoctoral associate in the Shvets lab and corresponding author of the paper, said that researchers have made progress in marrying liquid crystals to nanostructures for the past decade, but nobody had applied this idea to lenses. Now the group plans to continue the project and improve the prototype's capabilities.

"For instance," Shcherbakov said, "this lens works at a single wavelength, red, but it will be much more useful when it can work across the color spectrum—red, green, blue."

The Cornell research group is now developing a multiwavelength varifocal version of the metalens using the existing platform as a starting point.

"The optimization procedure for other wavelengths is very similar to that of red. In some ways, the hardest step is already finished, so now it is simply a matter of building on the work already done," Bosch said.

- This press release was originally published on the Cornell University website