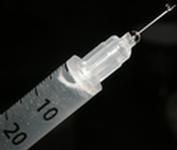 A new technique has been identified that quickly and cheaply recognizes illegal designer drugs that normally evade detection.

New psychoactive substances have been associated with fatalities and severe injuries in a number of cases in the U.S. and have led investigators to rethink traditional drug monitoring protocols. Of particular interest are the variable phenethylamine chemical structures known as NBOMes. Given that compounds such as NBOMes are modified with the goal of avoiding detection by routine techniques, forensic laboratories are faced with the challenge of identifying these compounds quickly and accurately.

According to the researchers this technique will help increase the efficiency for forensic laboratories that are faced with growing caseloads and limited resources. An additional benefit is that TOFMS has the unique capacity to use data from previously analyzed drug material that couldn't be identified to be reevaluated for possible identification.

"Over the past five to 10 years, types of illicit drugs used around the world have been created or repurposed from research chemicals to mimic the effects of traditional drugs of abuse in order to circumvent legal control and detection," explained corresponding author Sabra Botch-Jones, MS, MA, D-ABFT, forensic toxicologist and instructor in the Biomedical Forensic Sciences program in the department of anatomy and neurobiology at BUSM.

Botch-Jones hopes that the development of this faster and more accurate analytical method will assist the public health sector and law enforcement in conducting risk assessments and implementing control measures for designer drugs.