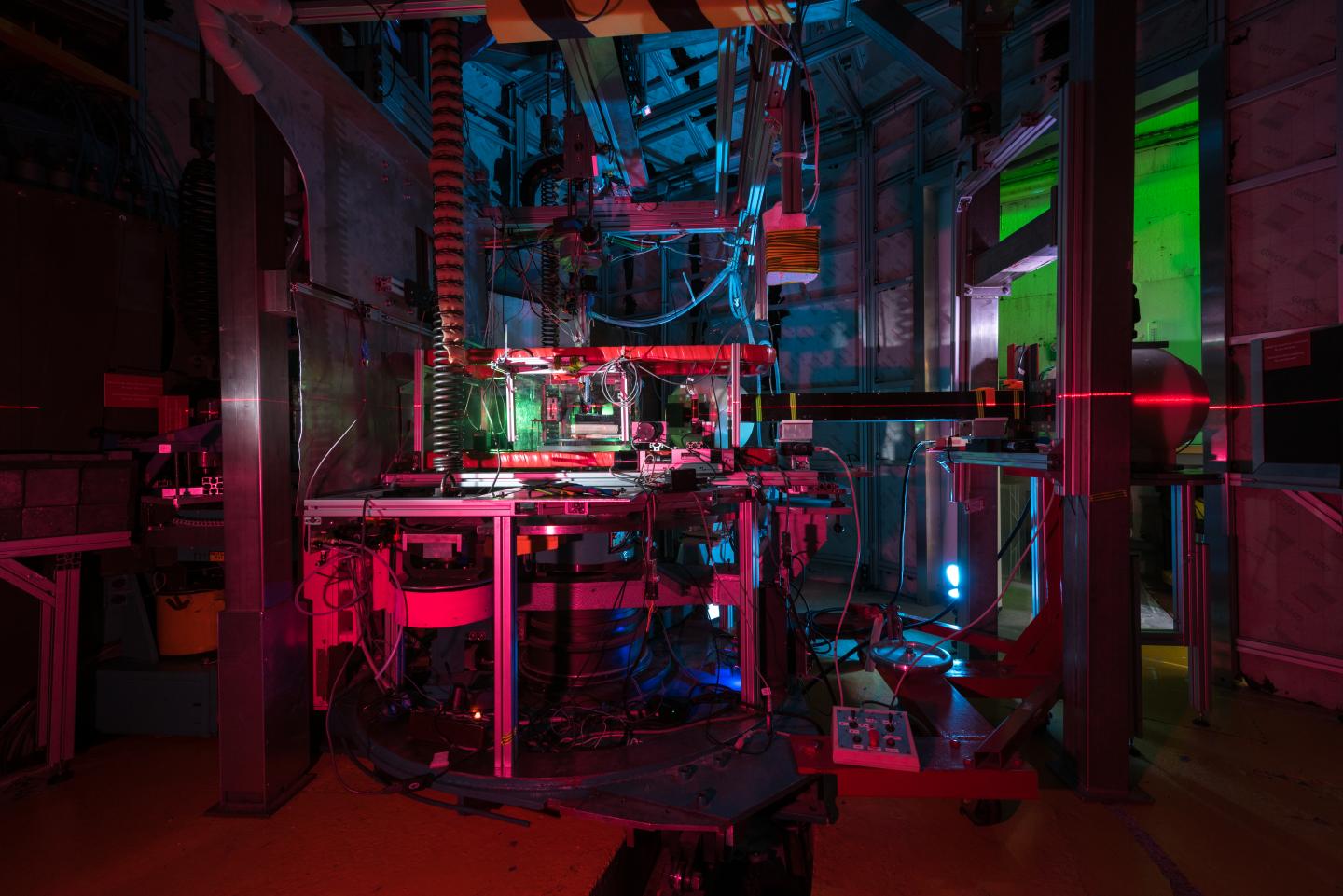 It is like jumping on and off a carousel: what happens to neutrons changing from a non-rotating frame of reference into a rotating frame of reference—and back? 30 years ago, scientists predicted that this would lead to interesting interference effects, because neutron spin show a special kind of inertia. Now, this has been verified in an experiment.
©2019 Laurent Thion/ILL

Let's assume we are dancing on a meadow, quickly spinning about our own axis. At some point we hop on a rotating carousel. We may end up hurting ourselves when both rotations add up and angular momentum is transferred. Are similar phenomena also present in quantum mechanical systems?

After years of preparation, a team at the Vienna University of Technology (TU Wien) managed to conduct an experiment where the spin of a neutron traverses through a region with a rotating magnetic field. A special kind of coil had to be developed to produce this rotating magnetic field. Although the neutron spin does not carry any mass and can only be described quantum mechanically, it exhibits an inertial property. These results have now been published in Nature Partner Journal Quantum Information.

The Inertia of Rotation: Big Wheels Keep on Turning

"Inertia is a ubiquitous feature," Stephan Sponar of the Institute of Atomic and Subatomic Physics at TU Wien illustrates. "When we sit on a train which moves at constant speed, we cannot tell the difference to a train parked at the station. Only when changing the frame of reference, e.g. when jumping off the train, we are decelerated. We feel forces due to the inertia of our mass."

When rotations are considered, things are similar: the angular momentum of a rotating object is conserved as long as no external torque is applied. But when considering quantum particles, things become more complicated: "Particles like neutrons or electrons feature a special kind of angular momentum—the spin," says Armin Danner, lead author of the newly published paper.

Spin is the intrinsic orbital angular momentum of an elementary particle. There are similarities to the rotation of a planet rotating about its axis, but in many regards this comparison does not hold: the spin is a property of pointlike particles. With a classical mindset, they cannot rotate about any axis. "Spin can be regarded as the angular momentum of an object which is constricted to a point," Danner says. The properties of such a spin are not to be found in our everyday life. But the formalism of quantum mechanics can give us an intuitive idea how things work for some cases.

Coupling Between Spin and Magnetic Field

"Way back in 1988, colleagues already predicted how a neutron should behave when it is suddenly exposed to rotation," professor Yuji Hasegawa, head of the neutron interferometry group, explains. "A coupling between the neutron spin and a rotating magnetic field was predicted. But until now, no one could directly demonstrate this coupling in its quantum mechanical form. It also took us a few years of work and several attempts to do that."

In the experimental setup, the neutron beam is split into two separated partial beams. One of them is exposed to a rotating field while the other is unaffected. Both partial beams are then recombined. Following the rules of quantum mechanics, the neutron travels along both paths simultaneously. In the first path, effects of inertia locally change the wavelength of the particle-wave. This determines how the partial waves amplify and extinguish each other.

The biggest challenge was the design of the magnetic coil which produces the magnetic field. A small window inside the coil is needed for the neutron beam to pass through. However, the field properties must comply with the strict conditions to induce the desired field. A suitable geometry was identified with the help of computer simulations. The system was developed and tested at the neutron source of the TU Wien in the Viennese Prater while the final measurements were conducted at the ILL in Grenoble, France.

"It is fascinating that we induced a pure quantum effect which at first cannot be understood classically," Danner points out. "Our intuition should therefore not help us here at all. But we could demonstrate for a very specific case that the classical concept of inertia is still valid for the neutron spin."

- This press release was originally published on the TU Wien website