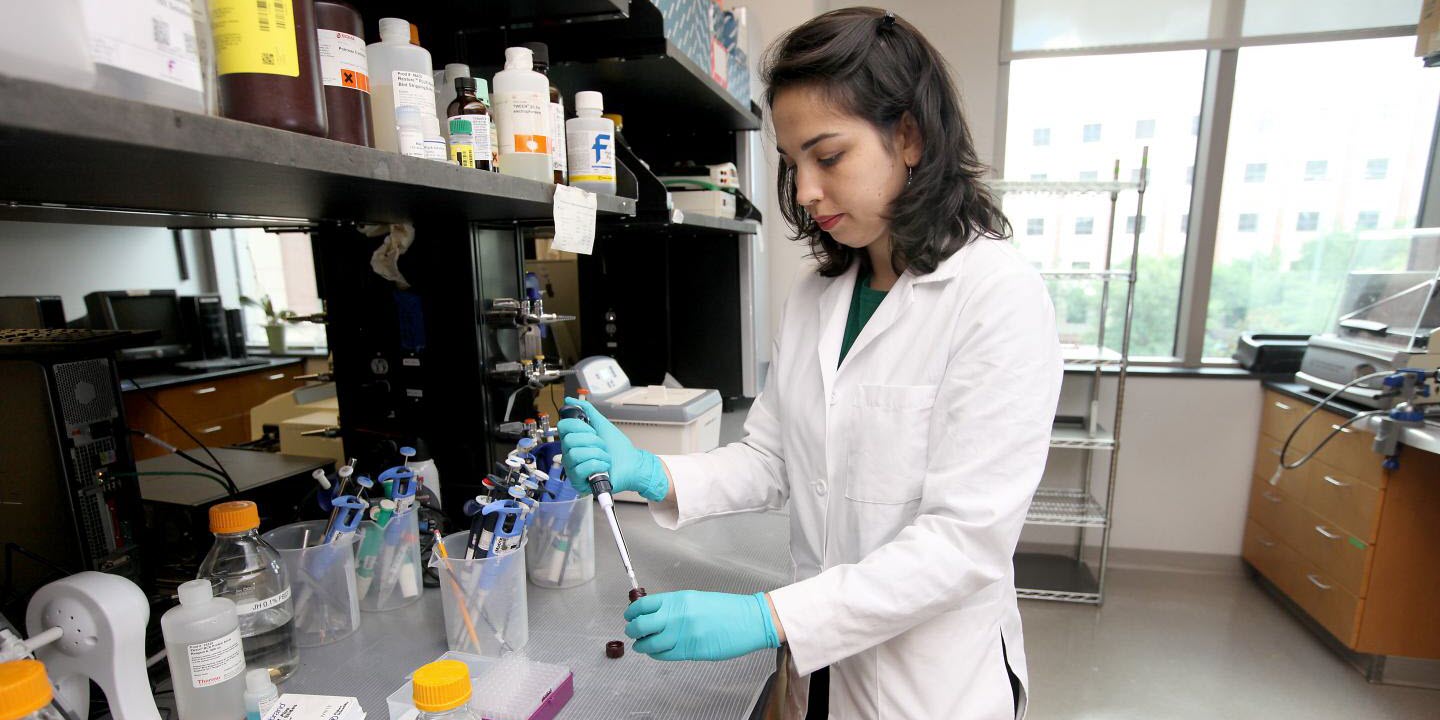 Nucleus accumbens in the brain play a central role in the risk-reward circuit. Their operation is based chiefly on three essential neurotransmitters: dopamine, which promotes desire; serotonin, whose effects include satiety and inhibition; and glutamate, which drives goal-directed behaviors and responses to reward-associated cues and contexts.

In a study using genetically modified mice, a University of Wyoming (UW) faculty member found that the nucleus accumbens recruited by cocaine use are largely distinct from nucleus accumbens recruited by sucrose, or table sugar. Because they are separate, this poses the possibility that drug use can be addressed without affecting biologically-adaptive seeking of reward.

"We established that, in the nucleus accumbens, a key brain region of reward processing, the neuronal ensembles—a sparse network of neurons activated simultaneously—are reward-specific, and sucrose and cocaine ensembles are mostly nonoverlapping," says Ana Clara Bobadilla, a UW assistant professor in the School of Pharmacy and in the WWAMI (Washington, Wyoming, Alaska, Montana, and Idaho) Medical Education Program.

Bobadilla is lead author of a paper, titled "Cocaine and Sucrose Rewards Recruit Different Seeking Ensembles in the Nucleus Accumbens Core," that was published in the Sept. 28 issue of Molecular Psychiatry. The journal publishes work aimed at elucidating biological mechanisms underlying psychiatric disorders and their treatment. The emphasis is on studies at the interface of pre-clinical and clinical research, including studies at the cellular, molecular, integrative, clinical, imaging, and psychopharmacology levels.

Bobadilla conducted the research while completing her postdoctoral work at the Medical University of South Carolina. The project began in mid-2017. One contributor to the study is now working at the University of Colorado Anschutz Medical Campus.

Currently, the recruitment process within each reward-specific ensemble is unknown, she says. However, using molecular biology tools, Bobadilla was able to identify what type of cells was recruited in both the cocaine and sucrose ensemble.

The study determined the sucrose and cocaine ensembles recruited mostly D1 receptor expressing medium spiny neurons. These results are in line with the general understanding in the field that activation of the D1 pathway promotes reward seeking, while D2 pathway activation can lead to aversion or reduced seeking, Bobadilla says.

"In humans, drugs are rarely used in the vacuum. Most of us have complex lives including lots of sources of nondrug rewards, such as food, water, social interaction, or sex," Bobadilla explains. "Like drugs, these rewards drive and influence our behavior constantly. The dual cocaine and sucrose model used in this study allows us to characterize the cocaine-specific ensemble after the mice experienced sucrose, another type of competing reward.

"It is a more complex model, but one that is closer to what occurs in people suffering from substance use disorders, who fight competing rewards daily," she adds.

Bobadilla is now focused on the question of how cells are recruited in ensembles. Additionally, she aims to address another fundamental question in addiction research: whether the same network-specific mechanisms underlie the seeking of all drug rewards.

"All drugs of abuse share high probability of relapse," she says. "However, each class of addictive drug displays different acute pharmacology and synaptic plasticity. We are now investigating if reward-specific properties of ensembles can explain these differences."