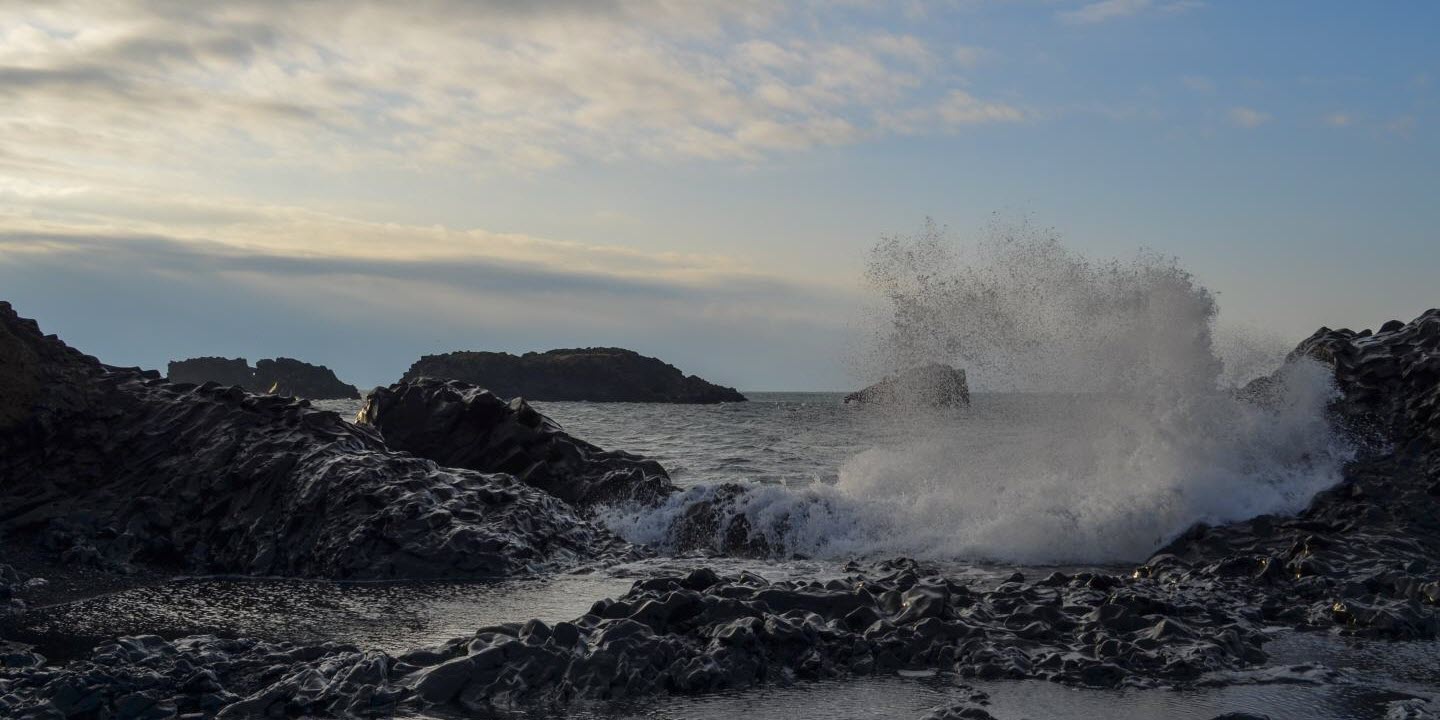 Ocean waters could quickly respond to drops in human carbon emissions by taking up less from the atmosphere.
Kevin Krajick, Earth Institute

Volcanic eruptions and human-caused changes to the atmosphere strongly influence the rate at which the ocean absorbs carbon dioxide, says a new study. The ocean is so sensitive to changes such as declining greenhouse gas emissions that it immediately responds by taking up less carbon dioxide.

The authors say we may soon see this play out due to the COVID-19 pandemic lessening global fuel consumption; they predict the ocean will not continue its recent historic pattern of absorbing more carbon dioxide each year than the year before, and could even take up less in 2020 than in 2019.

"We didn't realize until we did this work that these external forcings, like changes in the growth of atmospheric carbon dioxide, dominate the variability in the global ocean on year-to-year timescales. That's a real surprise," said lead author Galen McKinley, a carbon cycle scientist at Columbia University's Lamont-Doherty Earth Observatory. "As we reduce our emissions and the growth rate of atmospheric carbon dioxide slows down, it's important to realize that the ocean carbon sink will respond by slowing down."

The paper, published June 3 in the journal AGU Advances, largely resolves the uncertainty about what caused the ocean to take up varying amounts of carbon over the last 30 years. The findings will enable more accurate measurements and projections of how much the planet might warm, and how much the ocean might offset climate change in the future.

A carbon sink is a natural system that absorbs excess carbon dioxide from the atmosphere and stores it away. Earth's largest carbon sink is the ocean. As a result, it plays a fundamental role in curbing the effects of human-caused climate change. Nearly 40 percent of the carbon dioxide added to the atmosphere by fossil fuel burning since the dawn of the industrial era has been taken up by the ocean.

There's variability in the rate at which the ocean takes up carbon dioxide, which isn't fully understood. In particular, the scientific community has puzzled over why the ocean briefly absorbed more carbon dioxide in the early 1990s and then slowly took up less until 2001, a phenomenon verified by numerous ocean observations and models.

McKinley and her coauthors addressed this question by using a diagnostic model to visualize and analyze different scenarios that could have driven greater and lesser ocean carbon uptake between 1980 and 2017. They found the reduced ocean carbon sink of the 1990s can be explained by the slowed growth rate of atmospheric carbon dioxide early in the decade. Efficiency improvements and the economic collapse of the Soviet Union and Eastern European countries are thought to be among the causes of this slowdown.

But another event also affected the carbon sink: The massive eruption of Mount Pinatubo in the Philippines in 1991 caused the sink to temporarily become much larger coincident with the eruption.

"One of the key findings of this work is that the climate effects of volcanic eruptions such as those of Mount Pinatubo can play important roles in driving the variability of the ocean carbon sink," said coauthor Yassir Eddebbar, a postdoctoral scholar at Scripps Institution of Oceanography.

Pinatubo was the second-largest volcanic eruption of the 20th century. The estimated 20 million tons of ash and gases it spewed high into the atmosphere had a significant impact on climate and the ocean carbon sink. The researchers found that Pinatubo's emissions caused the ocean to take up more carbon in 1992 and 1993. The carbon sink slowly declined until 2001, when human activity began pumping more carbon dioxide into the atmosphere. The ocean responded by absorbing these excess emissions.

"This study is important for a number of reasons, but I'm most interested in what it means for our ability to predict the near-term, one to ten years out, future for the ocean carbon sink," said coauthor said Nicole Lovenduski, an oceanographer at the University of Colorado Boulder. "The future external forcing is unknown. We don't know when the next big volcanic eruption will occur, for example. And the COVID-19-driven carbon dioxide emissions reduction was certainly not anticipated very far in advance."

Investigating how the Pinatubo eruption impacted global climate, and thus the ocean carbon sink, and whether the drop in emissions due to COVID-19 is reflected in the ocean are among the research team's next plans.

By understanding variability in the ocean carbon sink, the scientists can continue to refine projections of how the ocean system will slow down.

McKinley cautions that as global emissions are cut, there will be an interim phase where the ocean carbon sink will slow down and not offset climate change as much as in the past. That extra carbon dioxide will remain in the atmosphere and contribute to additional warming, which may surprise some people, she said.

"We need to discuss this coming feedback. We want people to understand that there will be a time when the ocean will limit the effectiveness of mitigation actions, and this should also be accounted for in policymaking," she said.